AFTER splashing on a trendy designer coat, Connor Cundale quickly returned it, as many kept pointing out he looked like an employee of a well-known shoppers' favourite.

The 20-year-old advertising student, from Essex, spent a total of £300 on a new stylish North Face puffer coat only to be mistaken for a sales assistant at Primark. 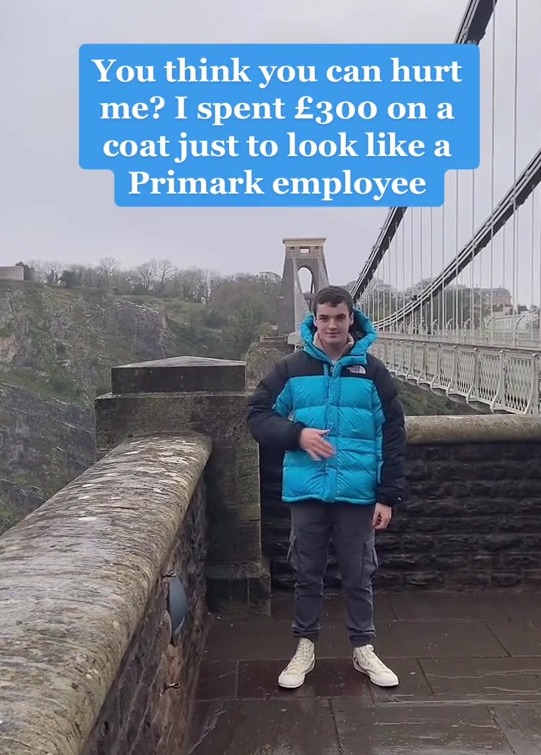 In the video, which has seen over 2.4 million views, the mortified shopper could be seen wearing his coat in Bristol, alongside a caption which read: "You think you can hurt me?

Connor said: "On the day I bought it, I went out with my friends that evening.

''I didn't think anything of it, but that evening, it clicked in my head that I was a walking Primark advertisement.

The colour combination – black and blue – he said ''were spot on''.

He then added that one day he had even gone to his local Primark, where a lady tapped him on the shoulder, asking if he worked there.

''I just turned around and laughed.

"After that, I noticed loads of people staring at me.

''I don't know if I was being paranoid, but I was wondering whether people were going to come up to me to ask for help."

He added: "I had someone I didn't know at university make a comment to me, saying I looked like I worked in Primark.

Connor added that while there's nothing wrong with working in Primark, he didn't want his coat to look like a brand's uniform – so he made the decision to return it after three weeks.

He has since replaced the ''Primark uniform'' with a different colour palette North Face coat and hopes he no longer looks like employee of any brand.

"It became well known in student halls that I was the guy with the North Face Primark employee coat.

''I felt like such a laughing stock for spending that much money on something now being related to a Primark employee.

''I didn't like the idea of having spent so much money on it and then people making a joke out of it.

''I’m cracking up laughing,'' wrote one viewer who was in stiches.

Another added: ''But he still is vibing tho.''

Someone else thought: ''Bestie what you doing on the bridge?

Meanwhile, this shopper ordered a huge rug from Shein – but when it arrived, all she could do was laugh.

Plus, woman buys fake veneers online to spruce up her teeth… then is horrified when they get STUCK.

Also, a shopper demands apology from Molly Mae Hague after ordering PLT jumper & being stunned by what turned up. 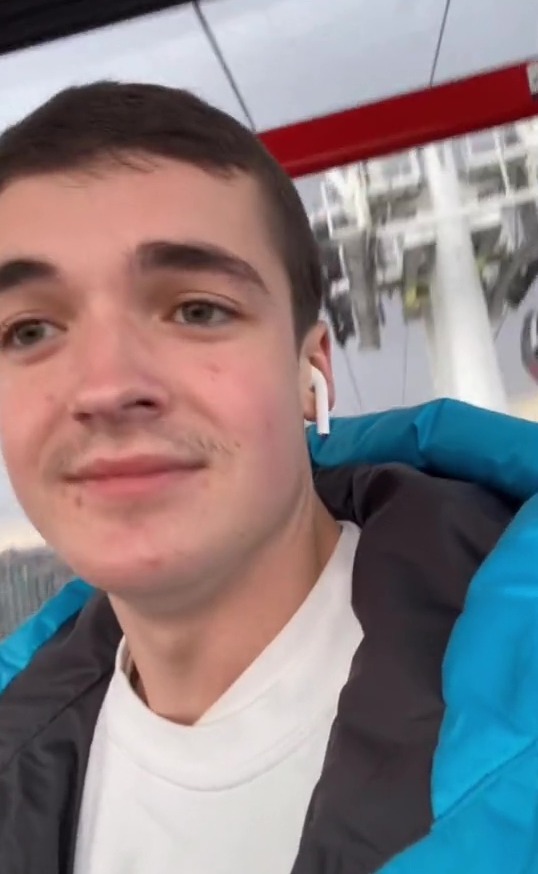 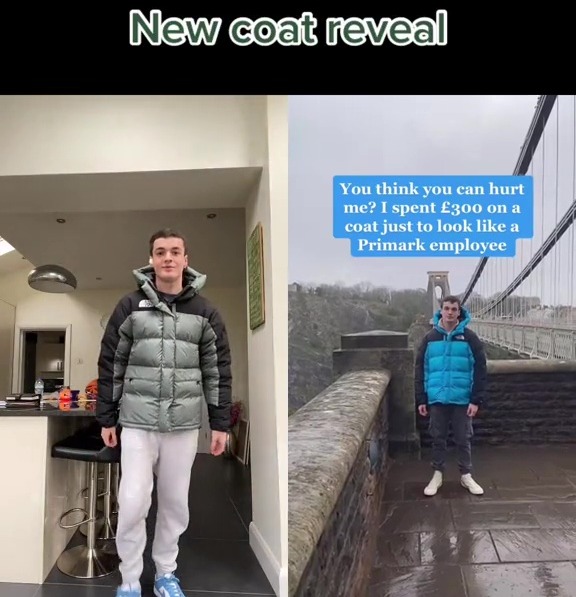 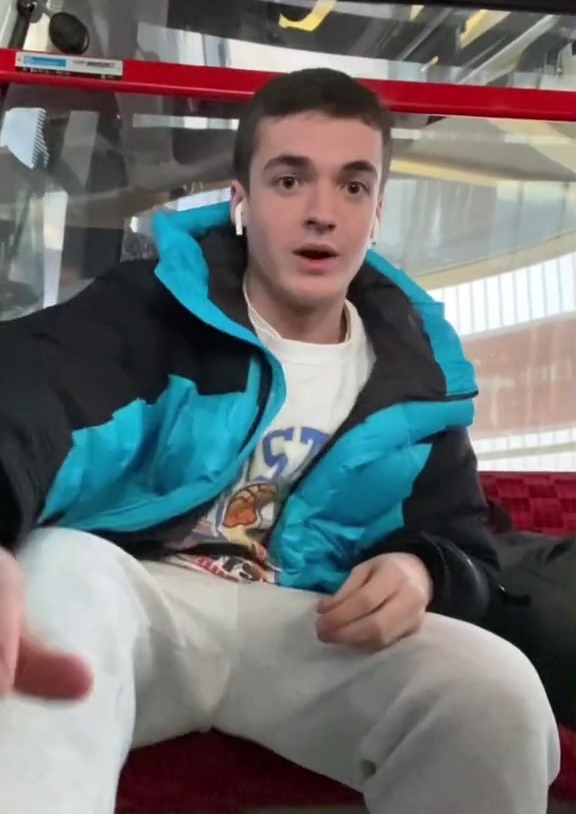