Mary-Kate Opens a New Window. and Ashley Olsen Opens a New Window. started trading places as Michelle Tanner on Full House when they were just nine months old, and they’ve been working ever since. From actors and producers to high-fashion designers, the stylish sisters have earned a reputation for being some of the hardest working HBICs around — in addition to providing some three decades of sartorial inspiration both on and off the red carpet.

After years of #twinning in coordinating ensembles, we don’t get that many public appearances from The Row Opens a New Window. and Elizabeth and James Opens a New Window. designers these days — but that doesn’t mean the ladies ever fail to disappoint with their trendsetting style. Whether they are all dressed up in drapey couture at the Met Gala or chicly schlepping through the airport in socks and sandals, their boho vibes have inspired a generation of copycats who simultaneously dream of one day getting their hands on one of those magnificent cashmere duster coats by The Row Opens a New Window. (you know, the ones that hang just so).

While we could tangentially wax poetic about their perfectly tousled bedhead waves, no-makeup makeup or killer accessories game, we’ll cut to the chase: when it comes to beauty and style, it’s the Olsen twins’ world and we’re just living in it. Keep scrolling to see the dynamic duo’s best red carpet fashion moments! 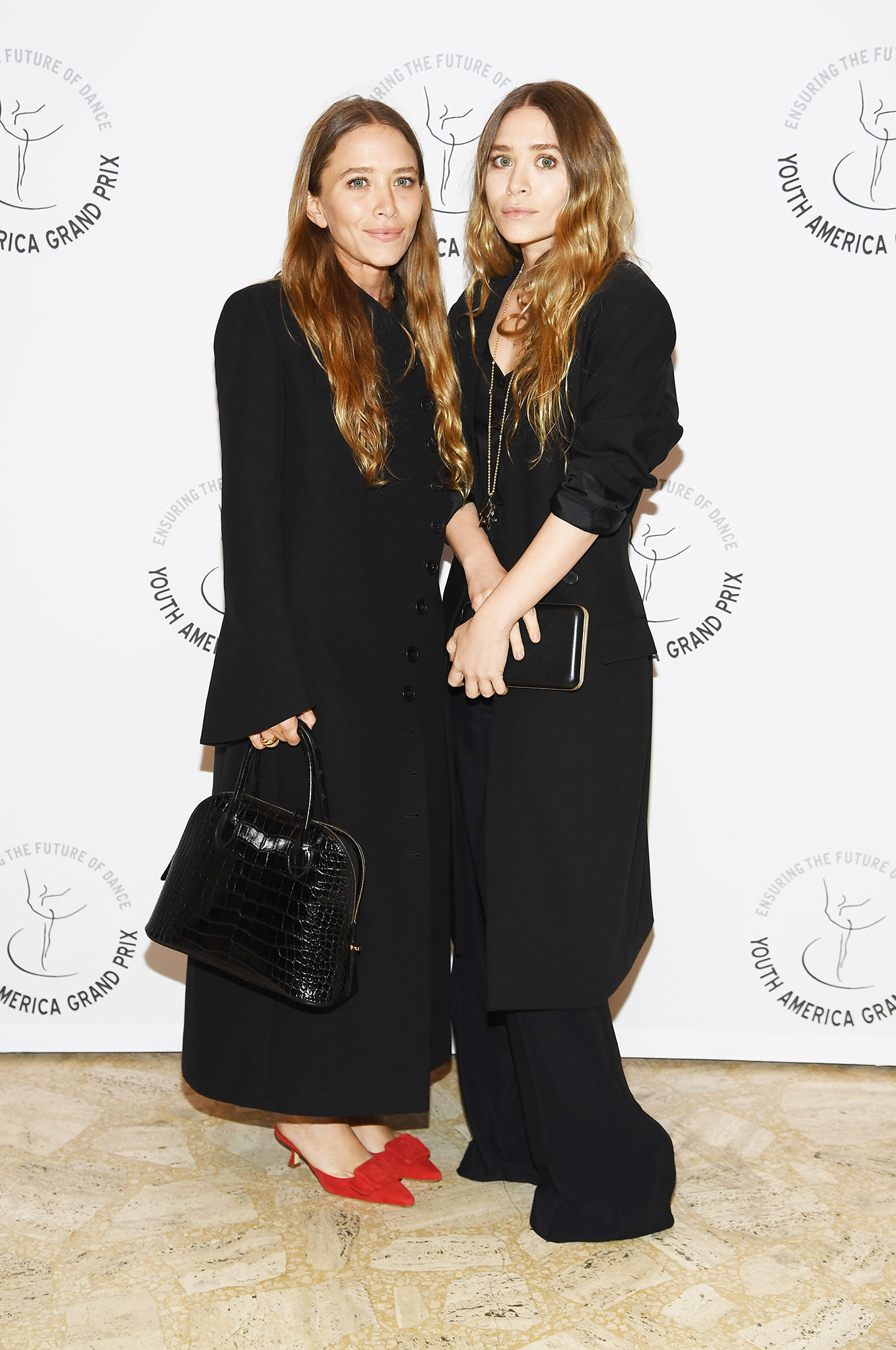 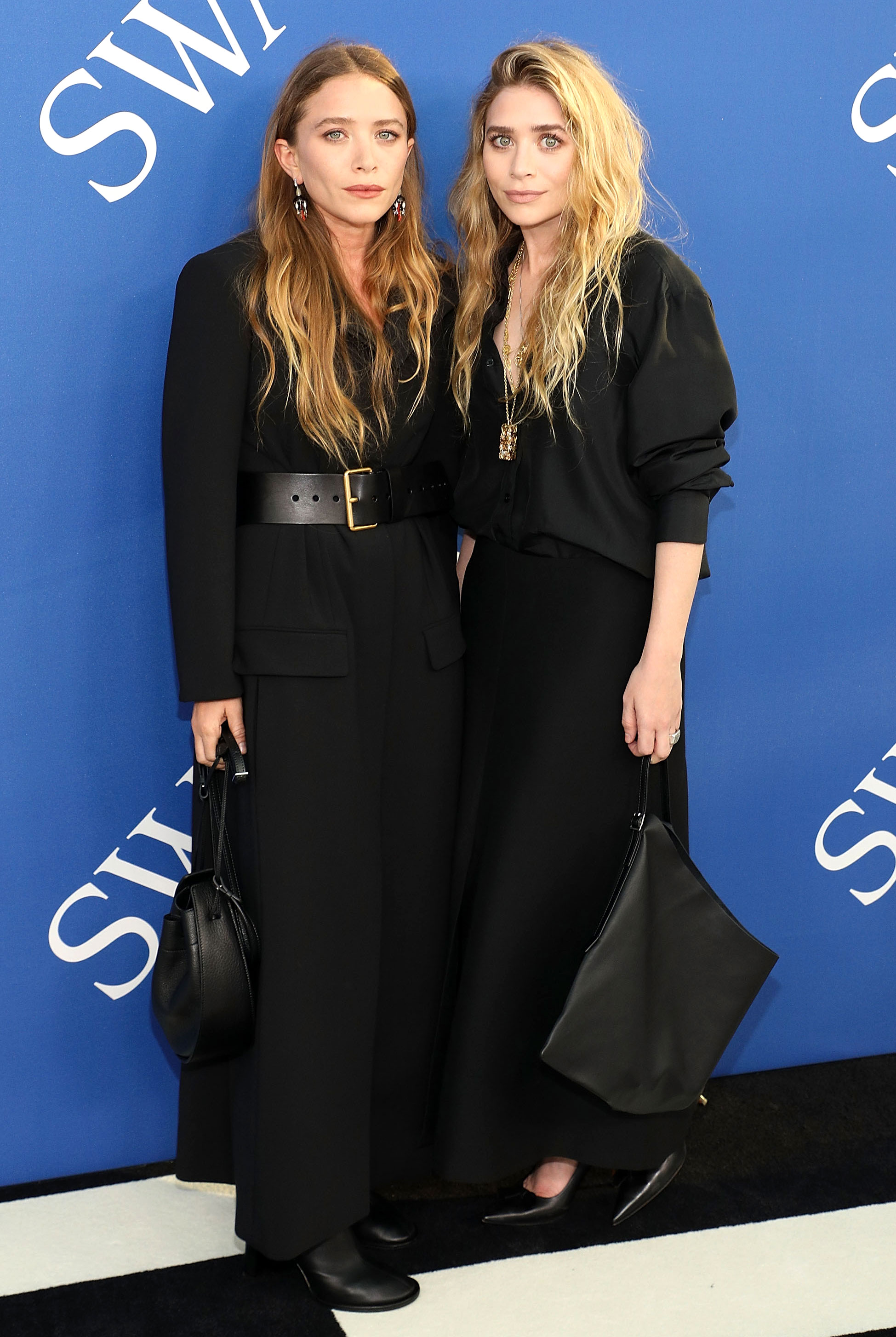 The masters of monochrome dressing, the twins proved black is anything but boring in coordinating ensembles at the 2018 CFDA Awards where they picked up yet another win for accessories design at The Row. 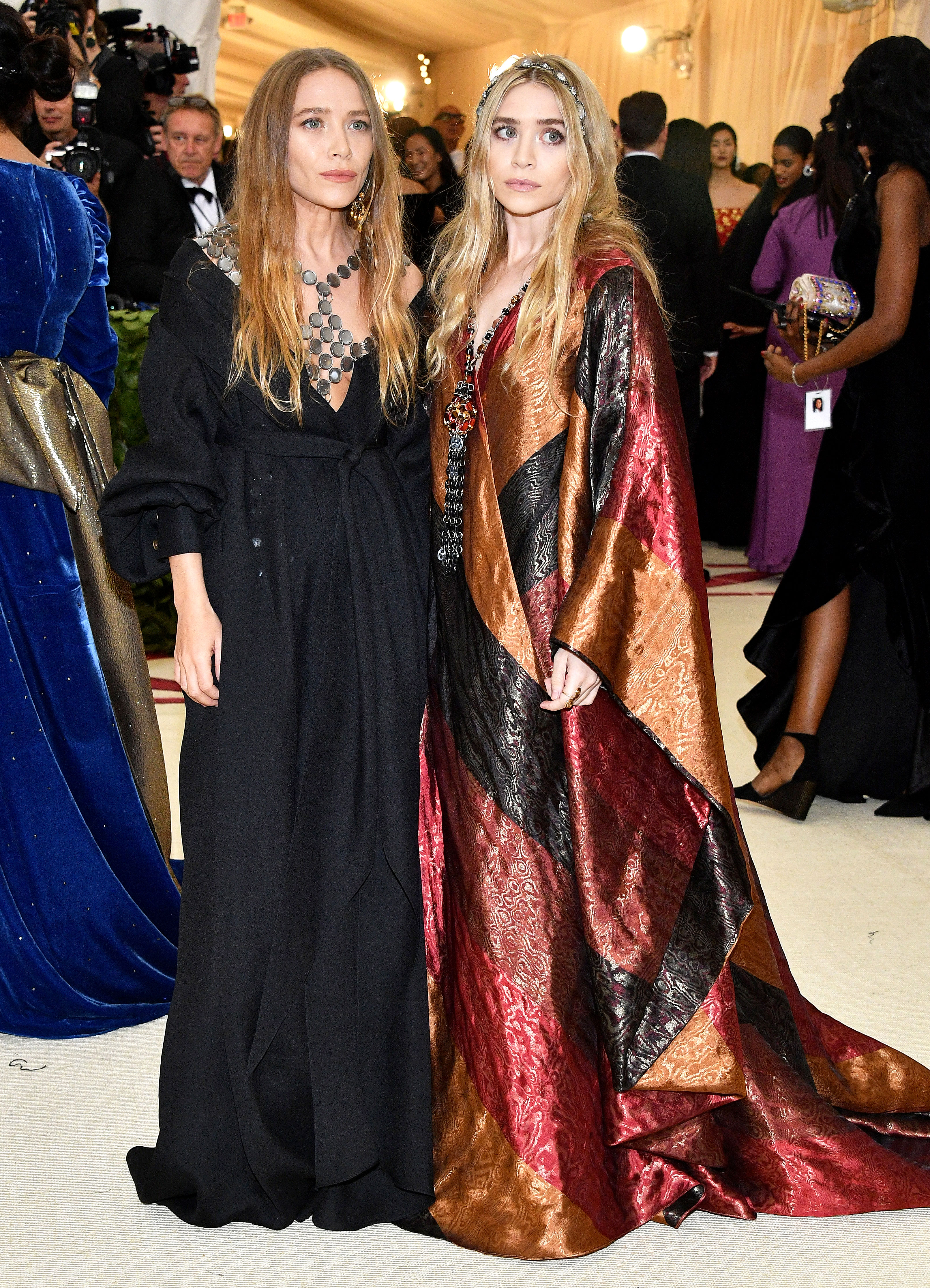 At the 2018 “Heavenly Bodies: Fashion & The Catholic Imagination”-themed Met Gala, MK livened up her Grecian-inspired black dress with a dramatic Stephen Russell body armor-like necklace, while Ashley was radiant in a jewel-tone caftan. 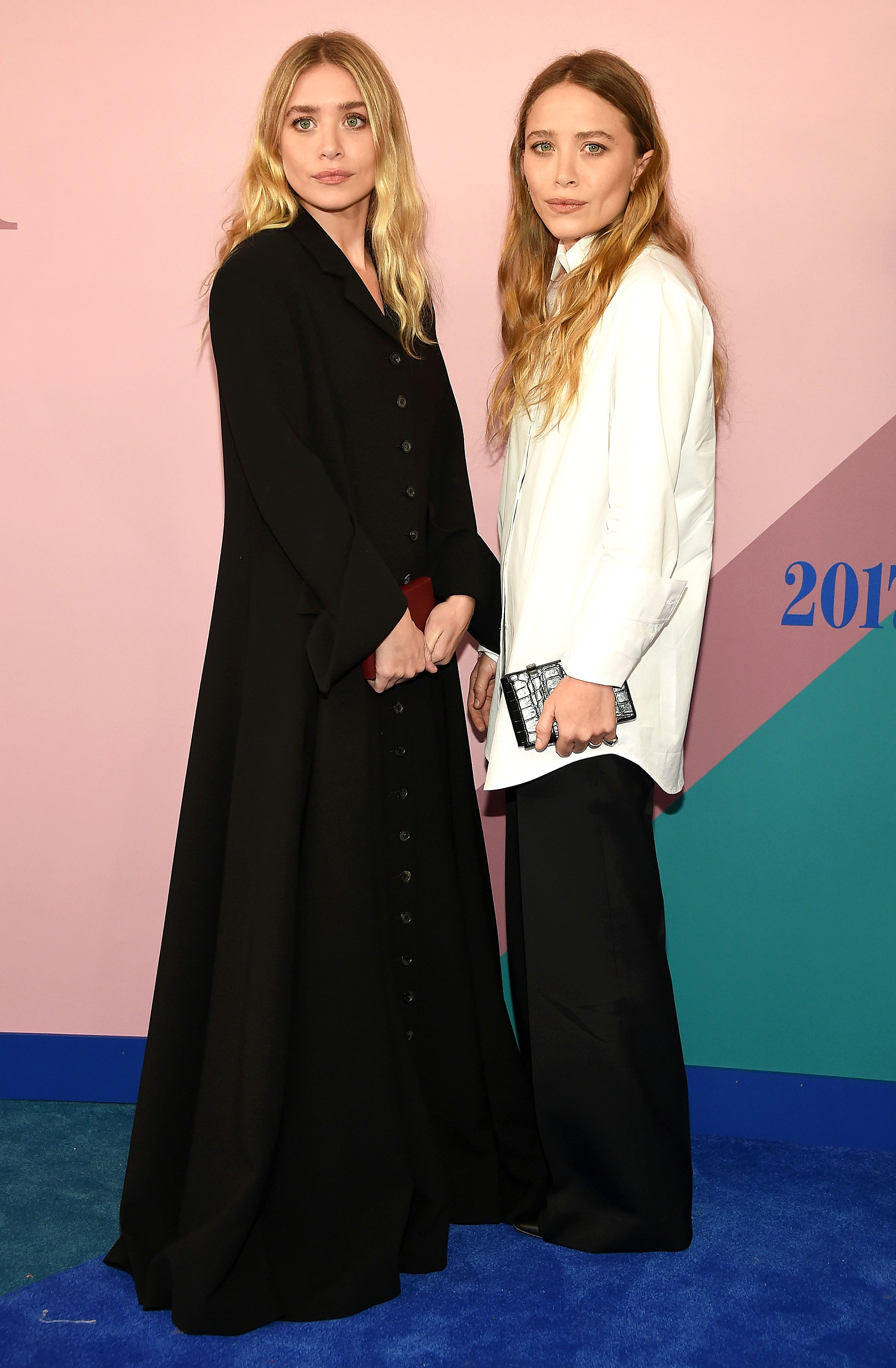 At the 2017 CFDA Awards, the womenswear designer of the year nominees kept things simply chic with Ashley opting for an A-line black gown and Mary-Kate rocking a deconstructed menswear-inspired look. 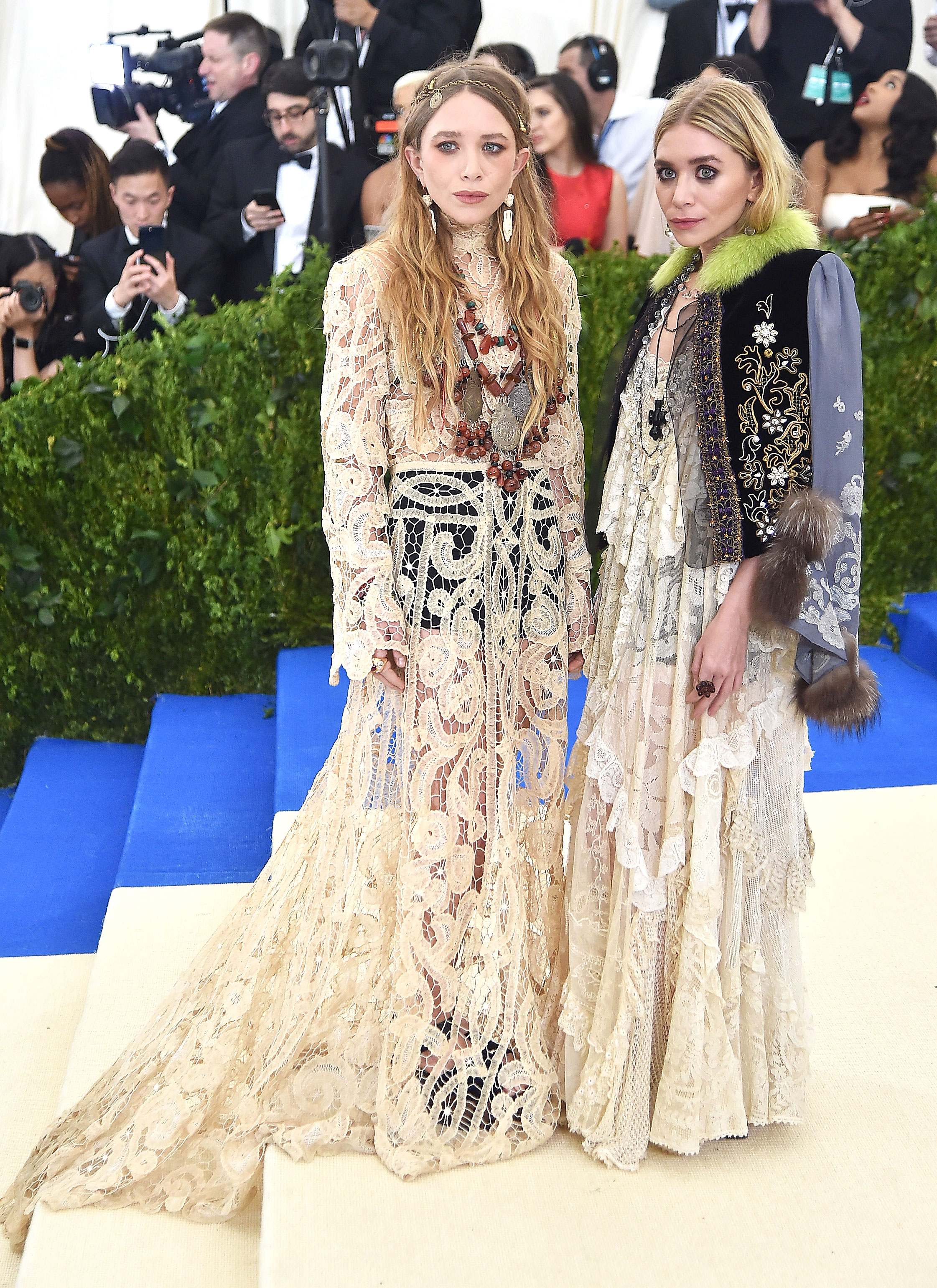 A departure from their usual covered-up ensembles, both ladies sported lace frocks and piled-on jewelry at the 2017 Met Gala honoring Rei Kawakubo and Comme des Garcons.