PRINCE Harry and Meghan Markle have sent out sweet thank you cards to fans who sent their congratulations on their first anniversary.

Those who got in touch with the Duke and Duchess of Sussex on their paper anniversary in May this year will receive a thank you card featuring a photo of the couple on their wedding day. 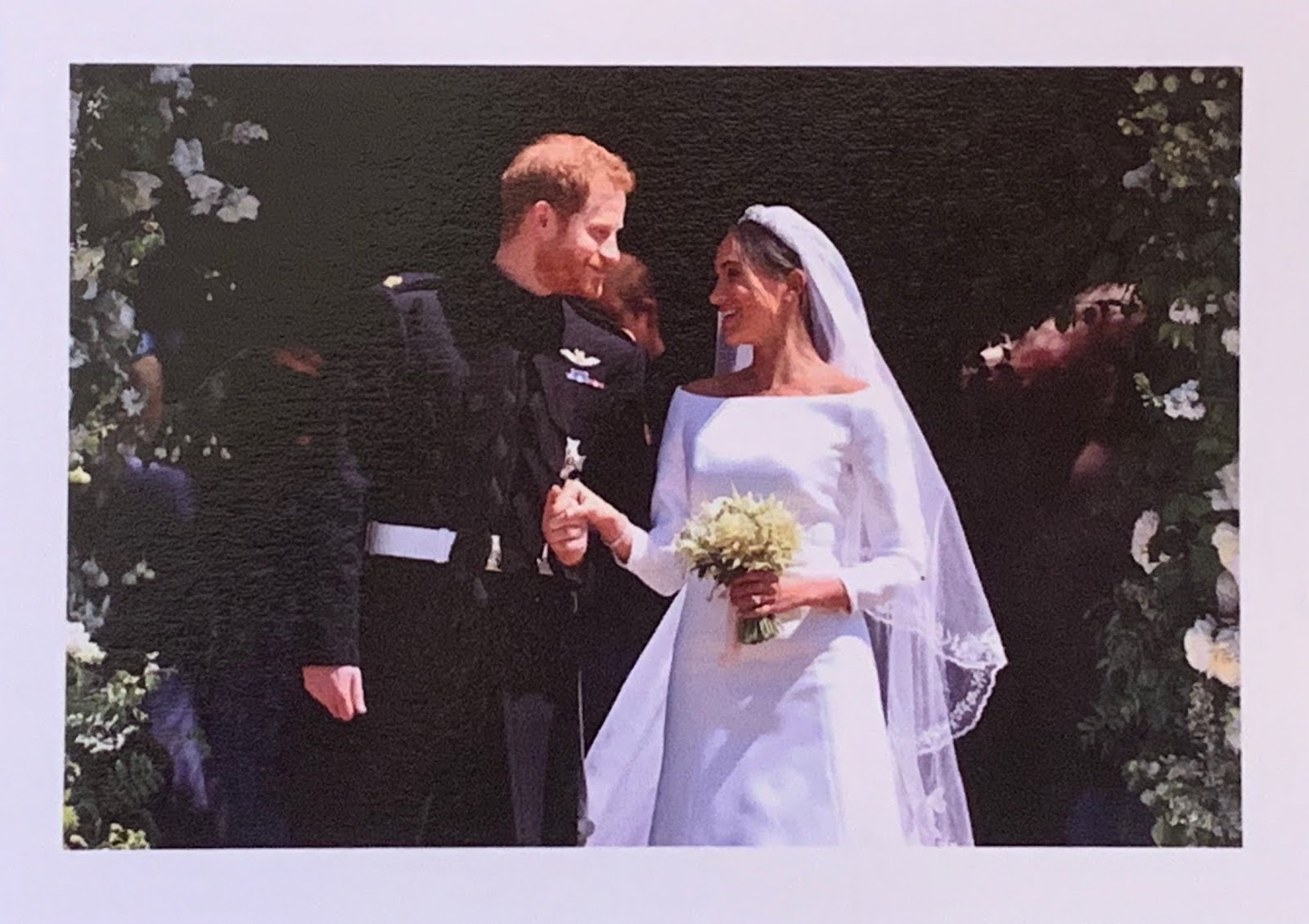 Harry and Meghan chose the snap of them gazing into each other’s eyes on the steps of St George’s Chapel in Windsor taken just after their ceremony.

Printed on the reverse of the photograph was a message from the royal couple, thanking fans for their “touching” messages.

Written on behalf of the couple, it read: “The Duke and Duchess of Sussex were so touched that you wrote on the occasion of their first Wedding Anniversary.

“It was incredibly kind of you, Their Royal Highnesses send you their warmest thanks and best wishes.” 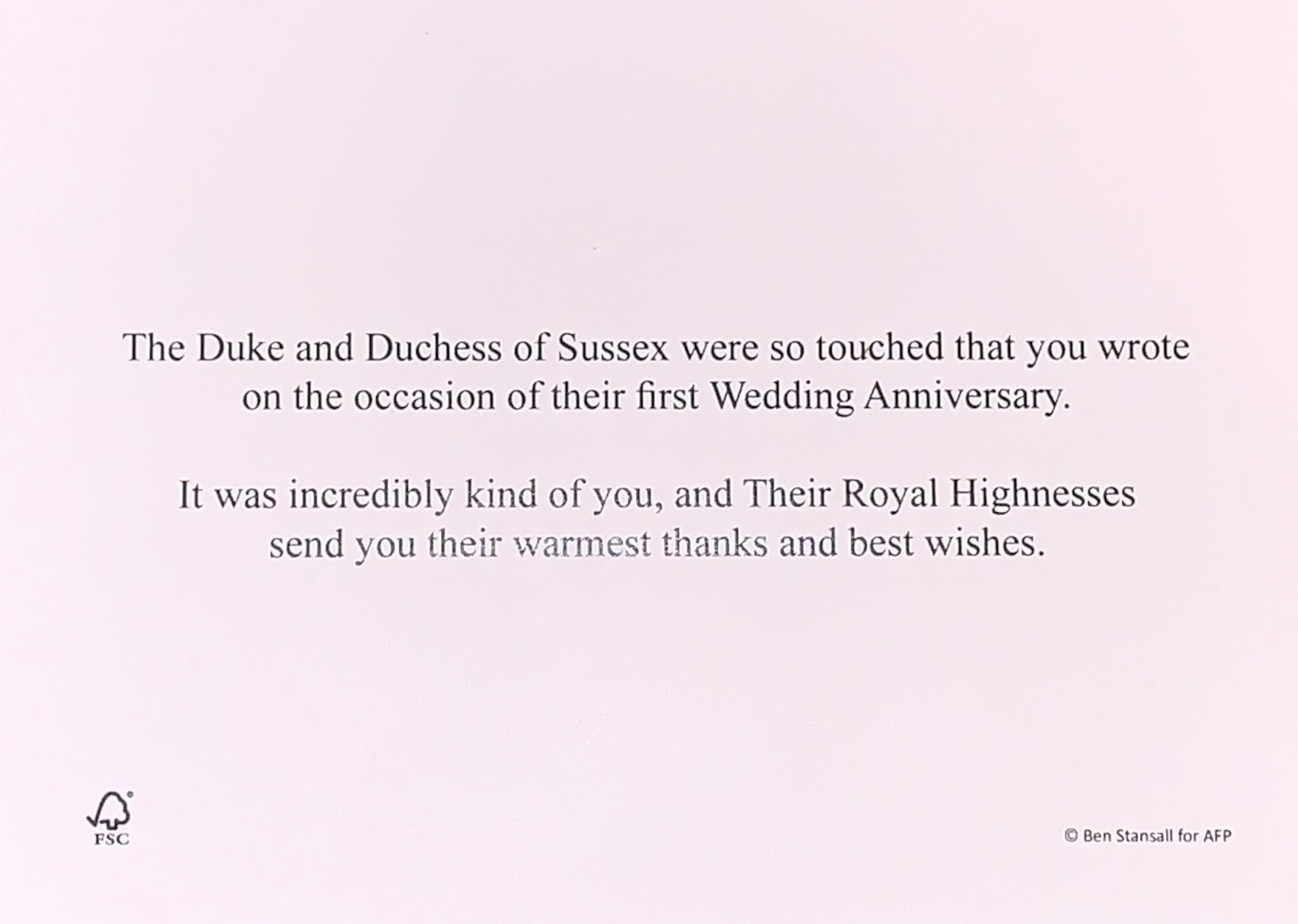 And fans were quick to gush over the “beautiful” photo.

“What a lovely picture” commented one, while another wrote “So pretty can’t wait to get mine!”

However, referring to the couple’s Christmas card, a third said: “At least they are facing the camera and not turning their backs, as in a previous thank you.”

The Duke and Duchess received flack for their festive greeting which saw them photographed from the back as they admired fireworks at Frogmore House on their wedding day.

The Duke and Duchess of Sussex are delighted to share a new photograph from their Wedding Reception at Frogmore House on 19th May. The photograph, which was taken by photographer Chris Allerton, features on Their Royal Highnesses’ Christmas card this year.

The Duke and Duchess of Sussex are delighted to share a new photograph from their Wedding Reception at Frogmore House on 19th May.The photograph, which was taken by photographer Chris Allerton, features on Their Royal Highnesses’ Christmas card this year.

The card may have racked up hundreds of comments on Instagram from fans praising how lovely the card it but some critical commenters aren't happy as the couple are “turning their backs to the public”.

One said: “Interesting they have chosen one with their backs to the public. I worry for Harry.”

And one person said on Instagram: “Believe Christmas photo should be more about smiles and joy. I like Cambridge family photo, more uplifting and joyful.”

The Sussexes celebrated their first anniversary on May 19, and to mark the occasion they released a series of intimate photos taken on their wedding day.

The couple were thought to have had  low-key celebrations at their Frogmore Cottage home in Windsor, along with Meghan's mum Doria Ragland and their son Archie.

In other royal news, an unseen old photo of Kate Middleton gazing lovingly at Prince William before giving him a kiss has gone viral.

In more royal news Prince Harry has claimed he doesn't want a nanny in uniform as this isn't 'Mary Poppins'.