MEGHAN Markle and Prince Harry have shared an inspirational quote urging fans to compliment and listen to each other as an "act of caring".

The couple shared the famous quote by American author and activist Leo Buscaglia with their 9.9m Instagram followers to mark Giving Tuesday. 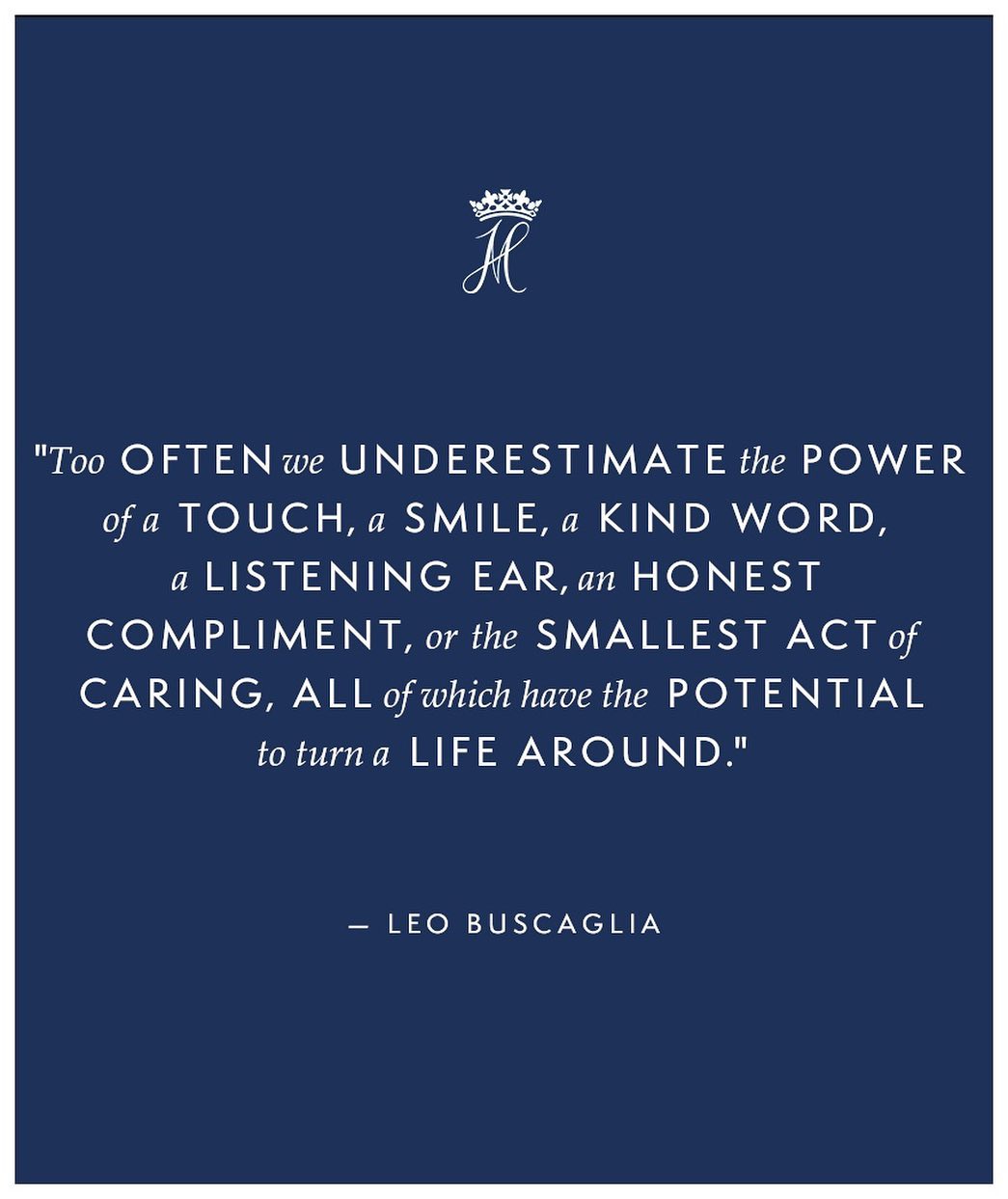 The global day of charity began in 2012 as a way to give back to others after Black Friday and always falls on the first Tuesday after Thanksgiving.

The quote reads: "Too often we underestimate the power of a touch, a smile, a kind word, a listening ear, an honest compliment, or the smallest act of caring, all of which have the potential to turn a life around."

Meghan then captioned the post: "An inspiring quote for Giving Tuesday, a day that encouraged people to do good.

"Giving Tuesday is a global generosity movement unleashing the power of people and organisations to transform their communities and the world on December 3 2019 and every day."

The couple's latest post has already racked up over 30,000 "likes" from their millions of followers who praised their inspiring message.

One fan account replied: "Really inspiring! Missing you so much."

Another user added: "Excellent cause to support! We all need to be kind and helpful to others and give back as much as we can, even if it seems like an insignificant amount."

Earlier this week, the Duke and Duchess followed 12 new charitable accounts after being inspired by the "12 Days of Christmas".

Last week, Prince Harry and Meghan took to Instagram to wish fans a happy Thanksgiving as they celebrated the US holiday during a break from royal duties.

It has already been announced the Sussexes will not be spending Christmas Day with the Queen and Duke of Edinburgh at her private Sandringham estate in Norfolk.

The Queen is said to be supportive of Meghan and Harry's plans and it follows the Duke and Duchess of Cambridge's past decision to spend Christmas with Kate's parents, and not with the Queen.

And Meghan Markle's former Suits co-star has revealed the Duchess is in charge of her Royal wardrobe and "does it all herself".

Plus Meghan Markle is "aware" she's "pitted against" future queen Kate Middleton, a friend has claimed.