Meghan Markle thanks aide for help with floral tributes

Meghan Markle was first photographed back in the UK alongside her husband Prince Harry, his brother Prince William and the Duchess of Cambridge and Cornwall, in Windsor as the family greeted well-wishing members of the public. The Duchess of Sussex was dressed in all-black, a tradition upheld by the firm throughout the period of mourning, as well as on the day of the funeral itself.

However, Meghan could be set to pay special homage to Queen Elizabeth II with her outfit choice on Monday.

Speaking to Express.co.uk, fashion coach Miranda Holder, who is known for her viral TikTok style videos posted under the username @themirandaholder ‘Your Feel Good Fashion Coach’, explained that Meghan will likely “want to” wear something to give a subtle nod to the Queen.

Miranda said: “Meghan is very keen to get back into the fold because there are so many benefits for her. She feels very vulnerable right now.

“I think we literally saw that when she and Harry did their walkabout at Windsor, so if she can [wear something special], she will.” 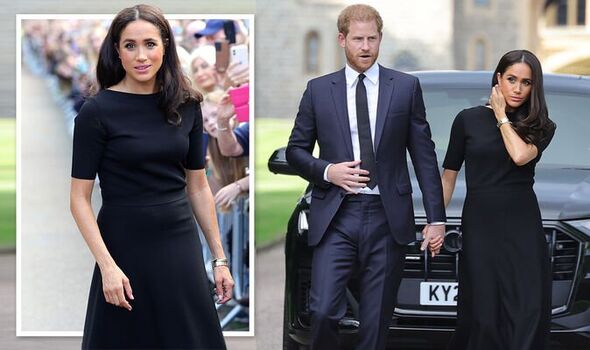 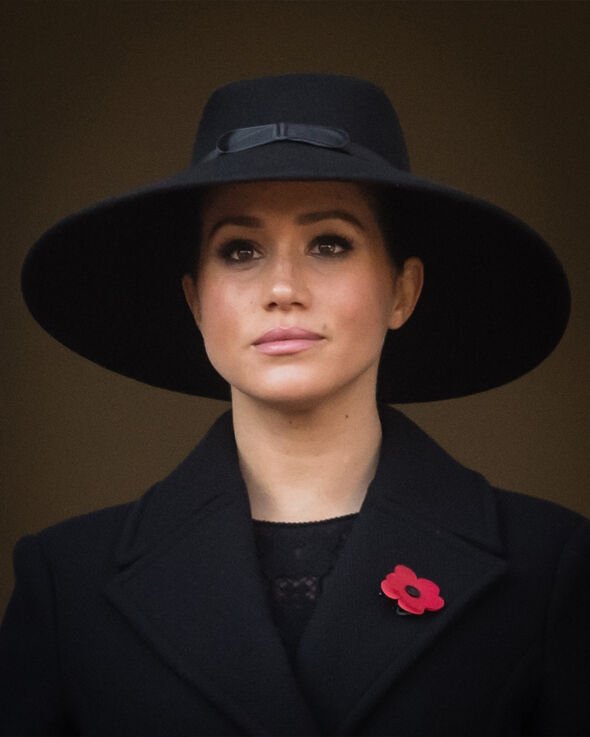 The clothing protocols for the funeral differ slightly for the Duke and Duchess of Sussex, compared with the rest of the Royal Family, with Prince Harry no longer permitted to wear his military uniform for the occasion.

Miranda continued: “Both she and Harry are a little bit shut out at the moment, but I think they wish to be included as much as possible.”

One way Meghan may do this is through her outfit, having previously “channelled Princess Diana” in a similar way.

In November 2019, Meghan Markle is believed to have paid tribute to Diana on Remembrance Sunday by wearing a similar outfit to one worn by the Princess of Wales to the Cenotaph in 1991.

At the ceremony, Meghan wore a belted black wool coat by Stella McCartney, over what appeared to be a round-necked dress.

She completed the look with an elegant large-brimmed hat with leather ribbon and a red Remembrance Day poppy pinned to her right lapel.

The black coat and dramatic hat are not too dissimilar from the ones Prince Harry’s mother wore for the same ceremony 28 years prior.

Miranda said: “People say she channelled Princess Diana and there was a bit of similarity between their outfits.” 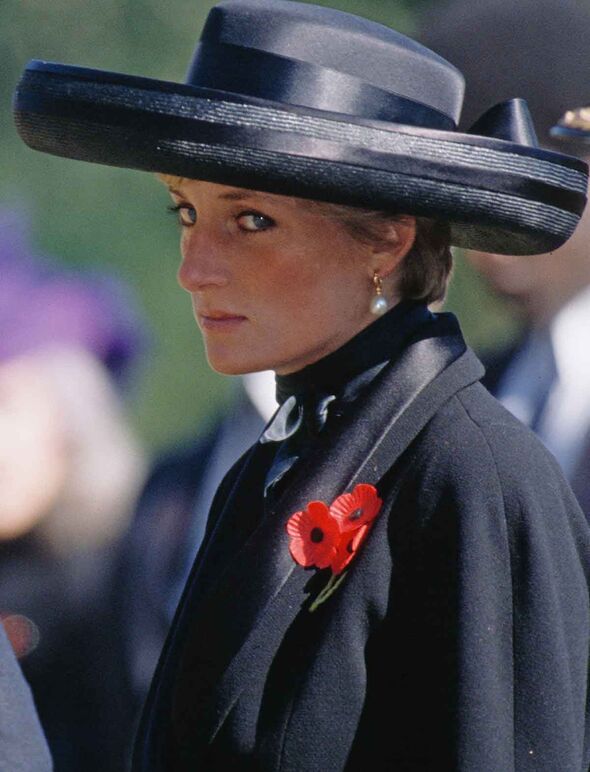 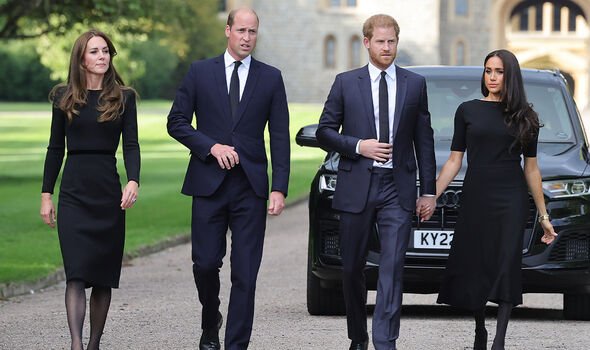 For the funeral, all women in the Royal Family will be expected to wear black.

Although it is not yet known what the Duchess of Sussex will wear, it will remain in line with mourning tradition, but perhaps with a touch of her own stylish flare.

Miranda said: “I’m sure that Meghan in some way is going to make a style statement.

“She’s very polished but Meghan has the Hollywood angle to it, so it will be fascinating for that reason to see what she turns up in.”