A WOMAN was mortified after she donated some old clothes to a charity shop – and accidentally included a very personal item.

The mum was having a big clear out at home, and went through old toys, baby clothes, the kitchen drawers, wardrobes and her bedside table. 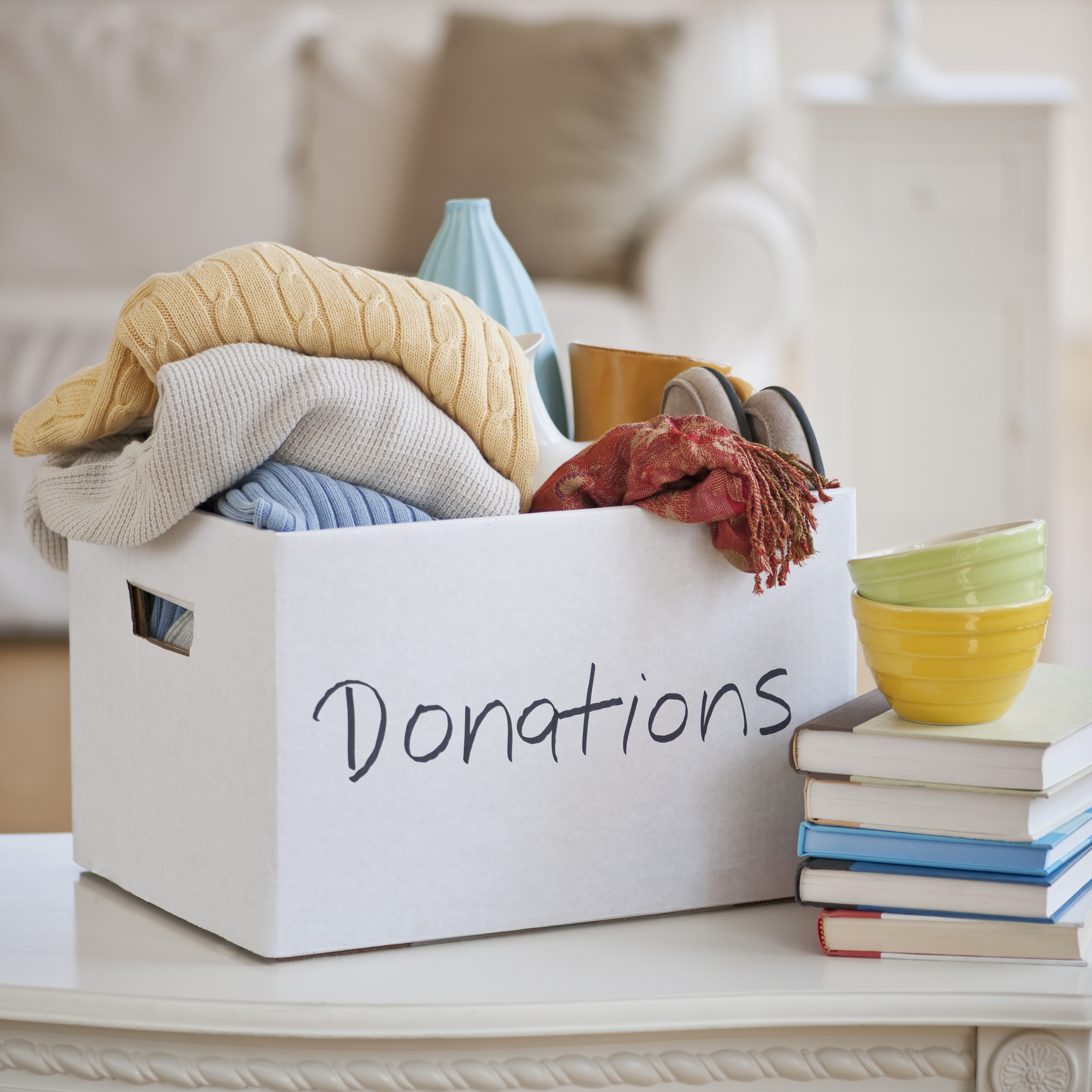 Her bedside drawers contained some personal items, including sex toys and "some very sentimental jewellery".

She set them aside in a bag while she sorted through the rest of her and husband’s old possessions, but managed to chuck a few dresses on top of the ‘keep’ bag.

Mistakenly thinking the bag was also earmarked for charity, she took her x-rated items along with the rest of her belongings to the charity shop.

To make matters worse, she handed them to “two very nice old dears”, and it wasn’t until she was back at home that she realised her “calamitous mistake”.

She shared her embarrassing story on Reddit, saying: "The f*****g penny dropped so hard.

“I have never felt the sensation of physically cringing in shame like this before – after I was able to stop saying 'oh my god' and explain to my husband what I'd done, I crawled up into a ball with my hands over my ears for about 40 minutes trying to process it."

The mum admitted she would have left the bag rather than returning to the scene of the crime, but she wanted her sentimental jewellery back.

She shared the awkward conversation she had with the ‘old dears’, saying she was asked: “‘Does it have… batteries?'"

The shop workers allowed the mum into the back of the shop to look through the donations, but her ‘personal bag’ was nowhere to be found.

After making the trip for nothing, the mum said she told the shop volunteers: “I'm so sorry about all this… I'm absolutely mortified…. thanks though, have a nice weekend…'

Her cringeworthy tale has racked up dozens of likes and comments, as one person said: “Try looking in their jewelry case to see if it’s been put out for sale. 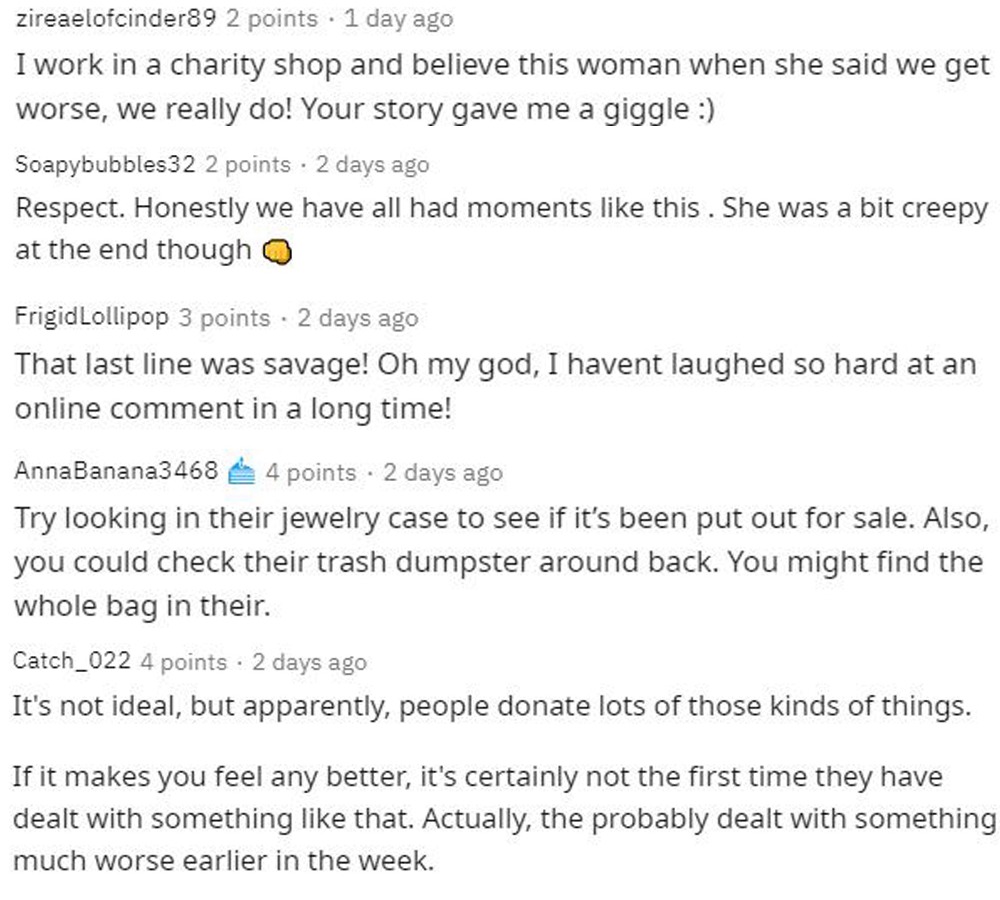 “Also, you could check their trash dumpster around back. You might find the whole bag in there.”

Someone else joked: “That last line was savage! Oh my god, I haven't laughed so hard at an online comment in a long time!”

A third commented: “Respect. Honestly we have all had moments like this . She was a bit creepy at the end though.”

And this person revealed: “I work in a charity shop and believe this woman when she said we get worse, we really do! Your story gave me a giggle.”

Meanwhile this woman has the best comeback for a creepy bloke who asked to see her wearing a bikini she was selling.

And this woman was stunned after she texted builder to ask why he walked out part way through a job and gets a very creepy reply.

Plus these self-confessed ‘lazy’ mums cook frozen hash browns in the toaster & even use paper plates to cut down on washing up.