STILL waiting for your Hogwarts letter to arrive in the post? Yeah, us too.

That said, one thrifty mum who created a Harry Potter-themed bedroom for her daughter has revealed how you can inject a little magic into your home. 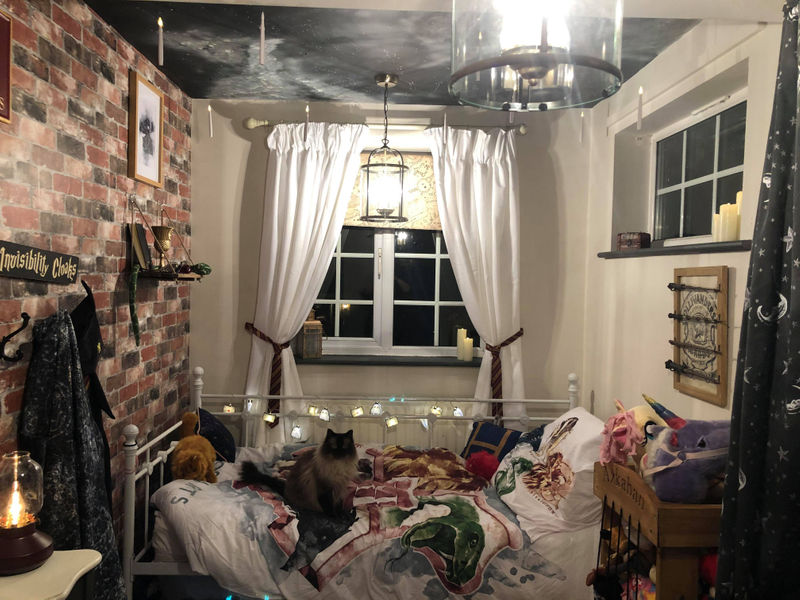 Speaking to Latest Deals, 32-year-old Sophia Daly revealed how she upcycled bargain furniture she found on eBay and Facebook Marketplace.

Sophia, who works for the NHS and has a handmade homeware business, revealed her seven-year-old daughter asked for bedroom to have a Harry Potter makeover for her birthday.

Growing up, Sophia's grandmother turned her bedroom into a Narnia wonderland (complete with a wardrobe stuffed full of fur coats) – and the mum wanted to do the same thing for her daughter.

She said: "It was magical as a child and now at 32 I still remember that room and what it felt like to have a magical room, plus all my friends were super jealous and loved it as well!" 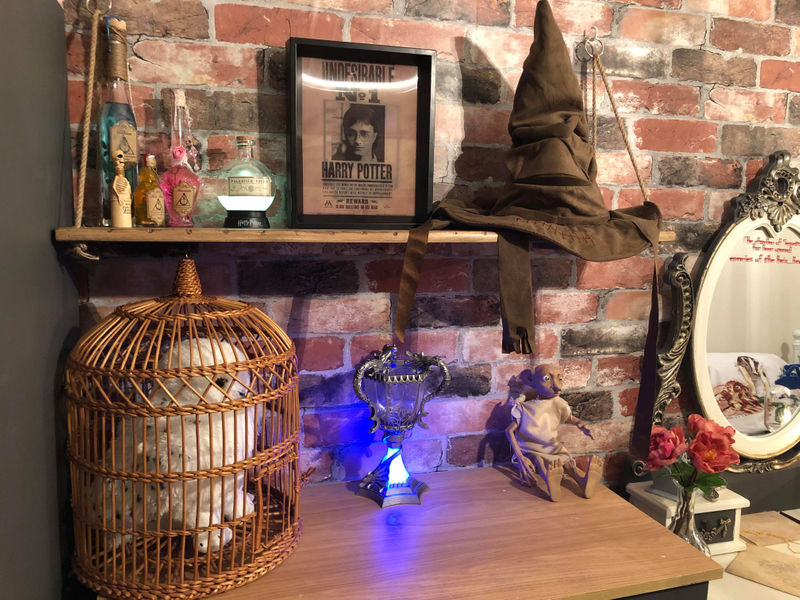 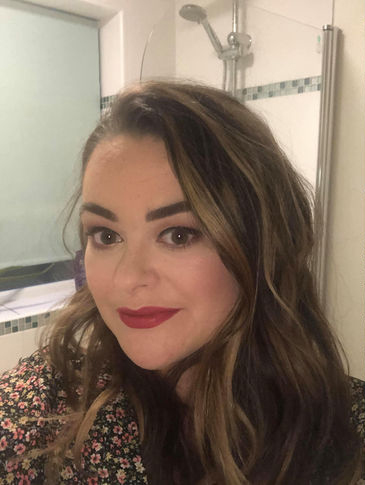 When her daughter said she wanted to belong to Gynffindor house, Sophia started by looking at pictures of the dorm room on Pinterest and Facebook.

She said: "But I didn’t really like anything I saw, so we sat and movie marathoned the films and I picked out subtle things that were referenced in the films but not too in your face."

The savvy mum bought a roll £13 brick-effect wallpaper from Next and a Platform 9 and 3/4 sign.

Sophia added: ""My daughter's furniture was all white from Ikea. I knew I wanted dark furniture but couldn’t find what I wanted or anything that I could afford, so I bought Frenchic paint in Smudge and painted her furniture as even if it went wrong, it would be okay as I had nothing to lose." 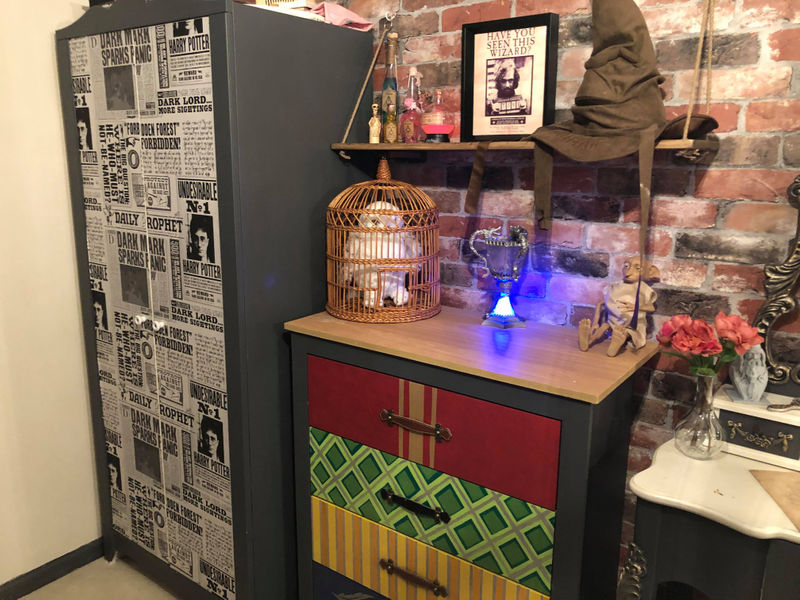 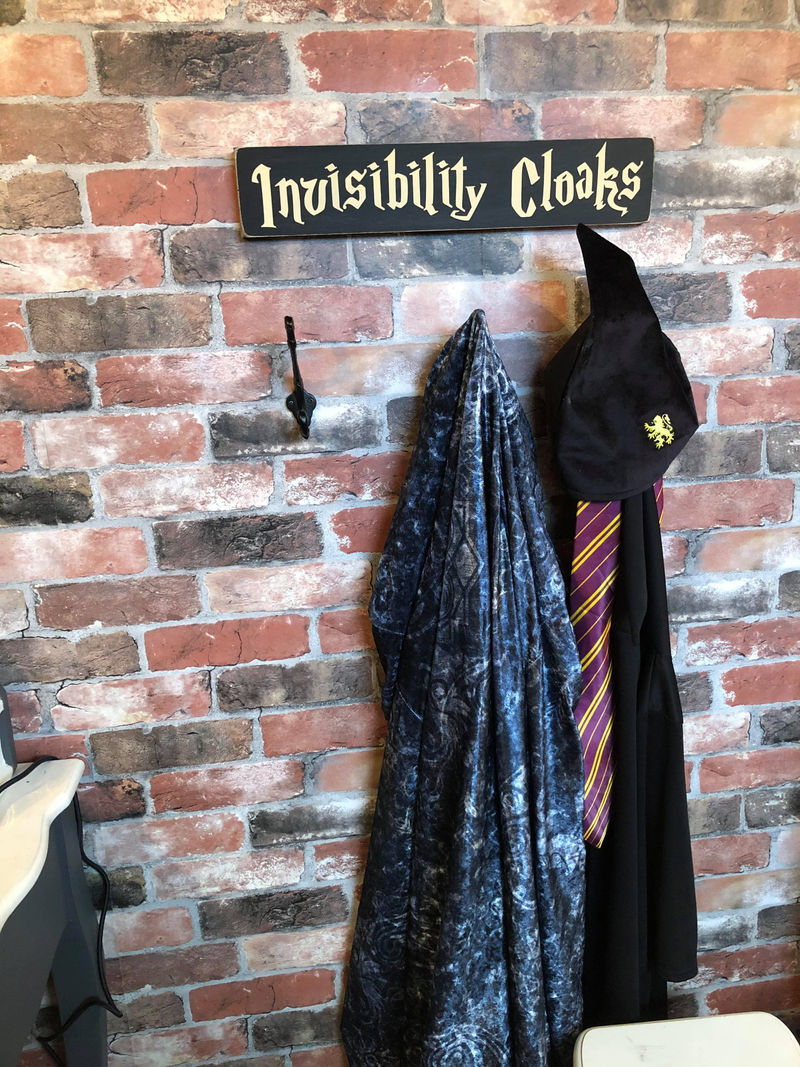 She then vamped the blinds and wardrobe doors with some more wallpaper and began searching online for second-hand Harry Potter merchandise.

Sophia said: "All the Harry Potter merch I bought from Facebook Marketplace, Etsy or ebay, with 80% of it being second-hand.

"The spoon was £10, the first Harry Potter book was £2, and the Azkaban toy prison was one of the biggest spends at £70. 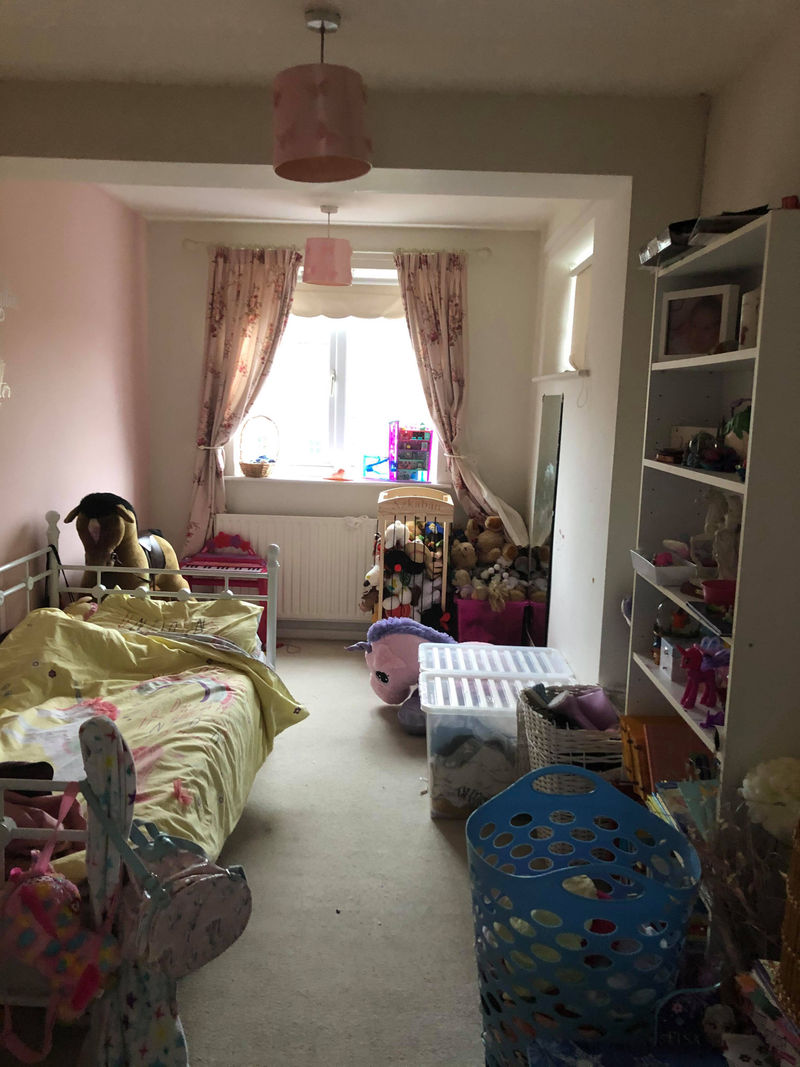 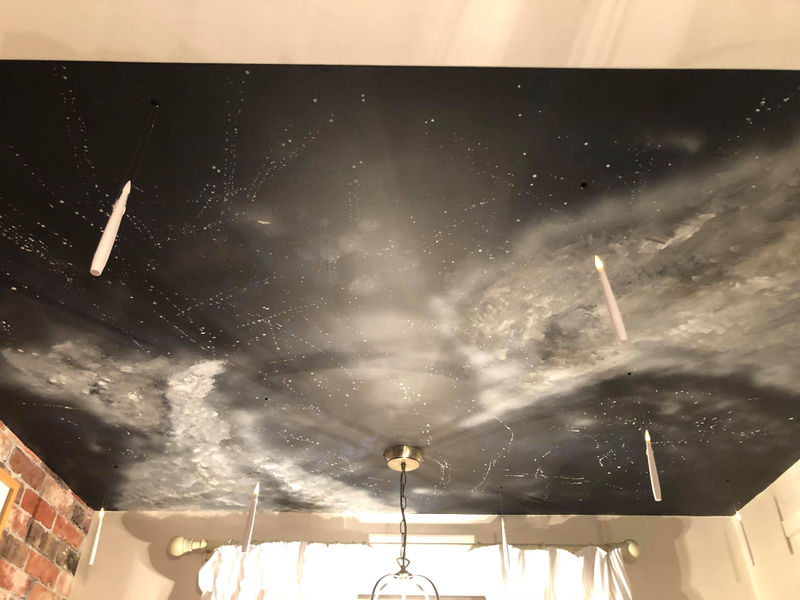 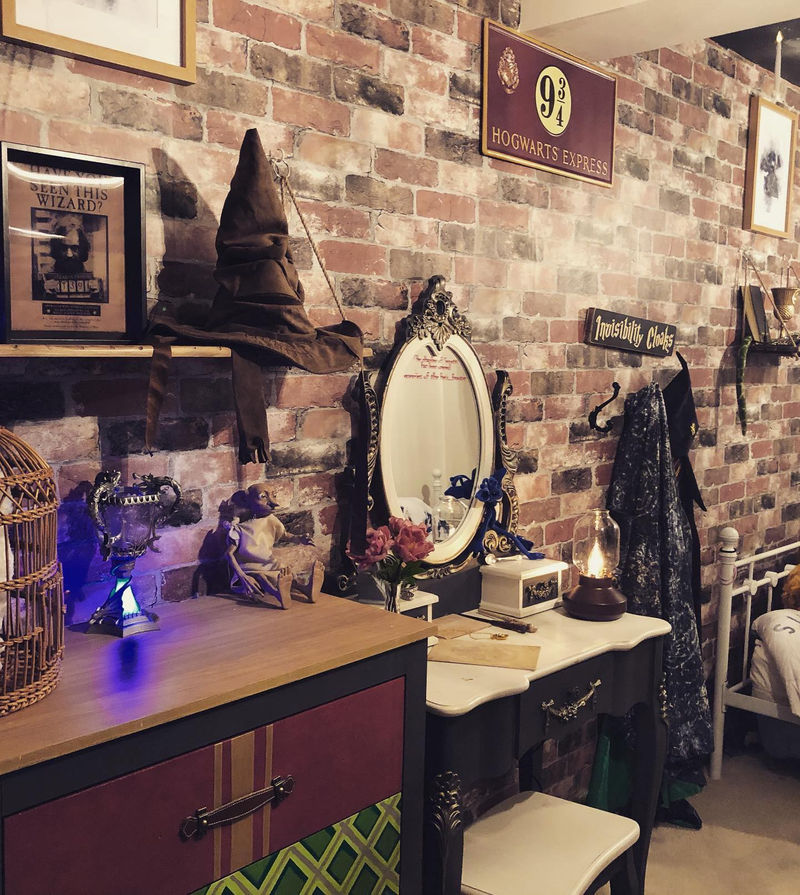 "The Hufflepuff goblet was I think around £3 and I spray painted it gold to look like the goblet. The wizard cup and Dobby was £15, Crookshanks was £7.50, Scabbers was £5 and the wand stand was £15."

What's more, the mum even decorated her daughter's ceiling to match the magical theme and used Frenchic paint to create the dark cloudy sky.

In total, it took Sophia four months to find all the items and two weekends to complete the transformation.

She added: ""I found it calming to do during the lockdown. I knew we couldn’t get out much or that things were out of stock so I simply searched Facebook, eBay and Etsy for items."

For more amazing home transformations, this thrifty mum used bunk beds to split her daughters’ room in two so they can both have some space & it’s an instant hit.

And this mum-to-be transformed her drab kitchen with Frenchic paint & B&Q bargains – and it looks amazing.

Plus this bloke used IKEA units to make incredible built-in bed and dressing table for his wife.