A MUM has revealed how she transformed her dated kitchen into a space Mrs Hinch would be proud of, using B&Q paint.

Taking to the Facebook group DIY on a Budget, the anonymous woman shared before and after snaps of her kitchen. 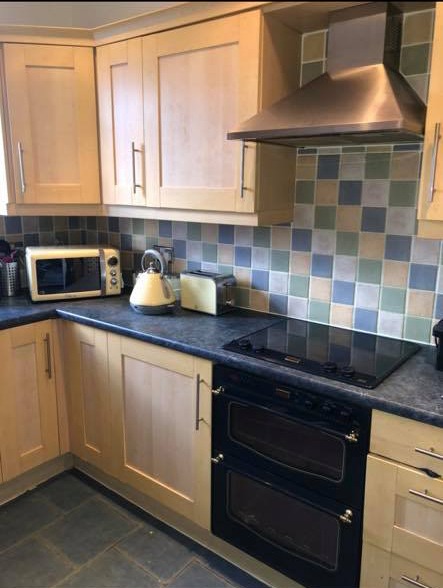 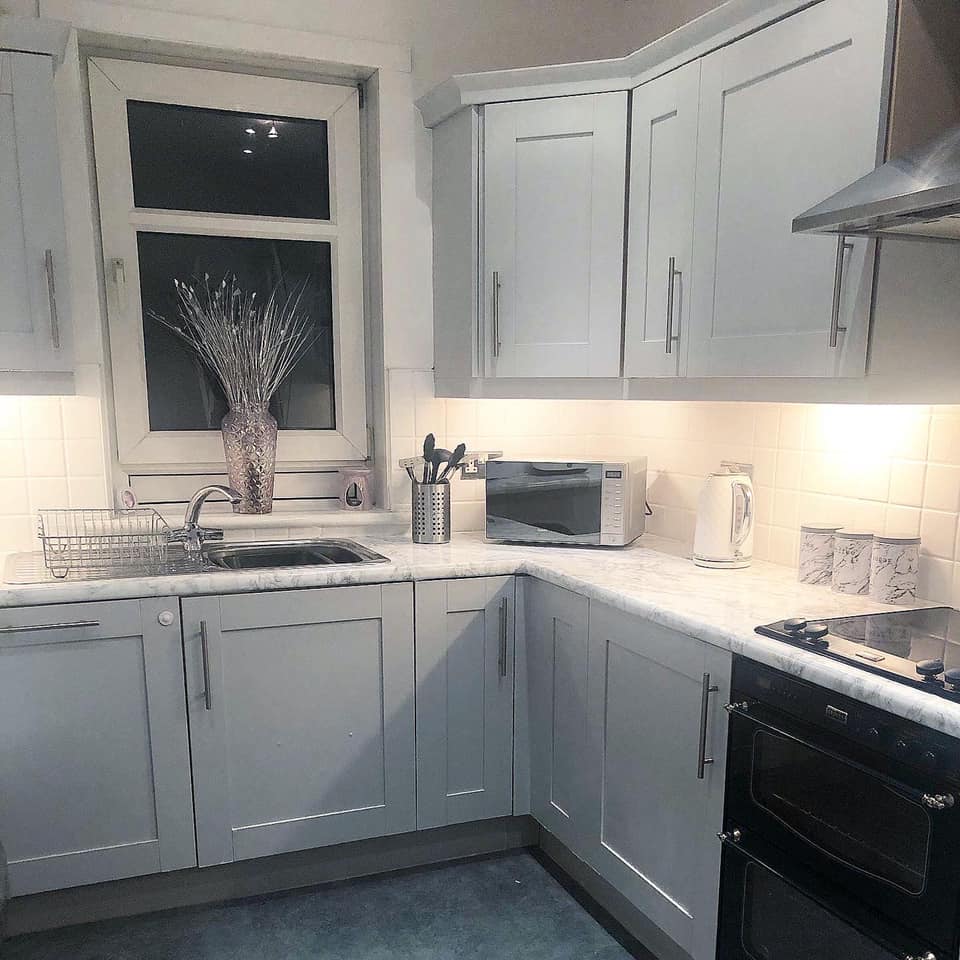 Before the transformation, the room was seriously lacking in character with tired pine cupboards and faded tiles making for a lacklustre environment.

However, after not much more than a flesh lick of paint the mum has created a chic, modern kitchen in grey tones that Mrs Hinch fans will love.

She used tile and cupboard paint from B&Q to breathe new life into her units and then covered her worktops with a sticky back Fablon from D-C-Fix.

She explained that she did very little prep before decorating, writing: “I never primed either the tiles or the cupboards both paints have primer in them already. 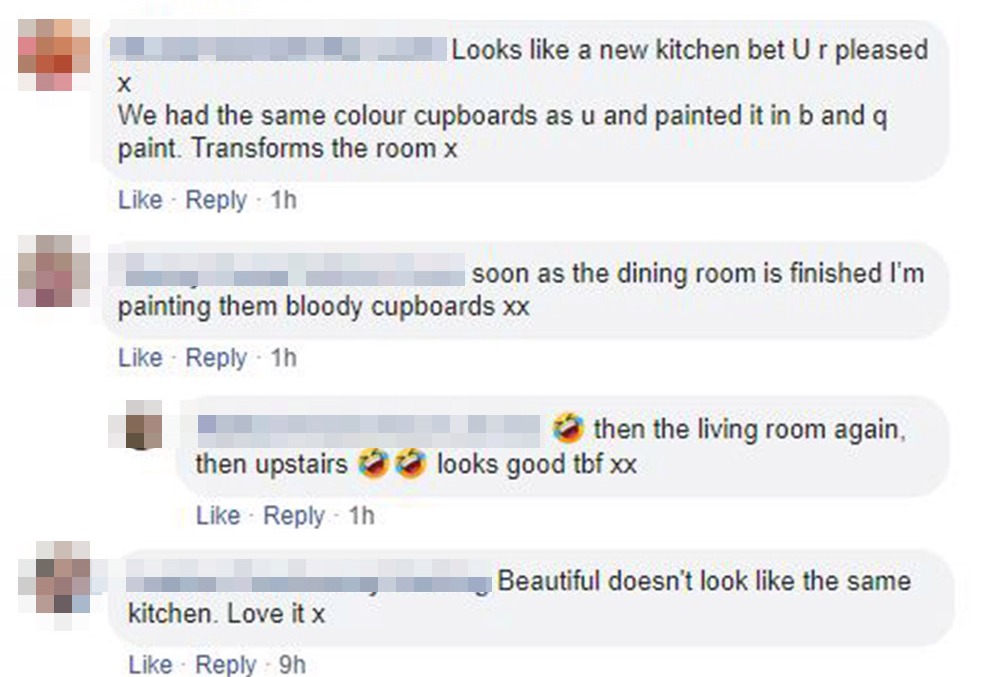 “I just cleaned them thoroughly with sugar soap and painted away.”

Fellow group members were seriously impressed with the results, with her post receiving over 1,000 likes and fans applauding her handiwork in the comments.

One wrote: “Wow what a difference. Looks amazing.”

“Looks like a different kitchen! Amazing! Great job!” added another, with a third adding, “I wanna do this so bad.”

In other DIY news, this mum transformed her son's bedroom into an incredible replica of a fire station.

We previously shared how a mum made a magical Harry Potter bedroom for son with Gryffindor four poster bed after his older brother died.

And a thrifty mum made an incredible playhouse under the stairs for her daughter using bargain items from B&Q for under £100.