MUMS have hailed Poundland after they tracked down two replacement toys for their daughter, after revealing the tot wouldn’t sleep or eat without her bunny.

Auryn Peacock, now two, went everywhere with her grey rabbit after being given it when she was four-months-old, even refusing to leave the house without it. 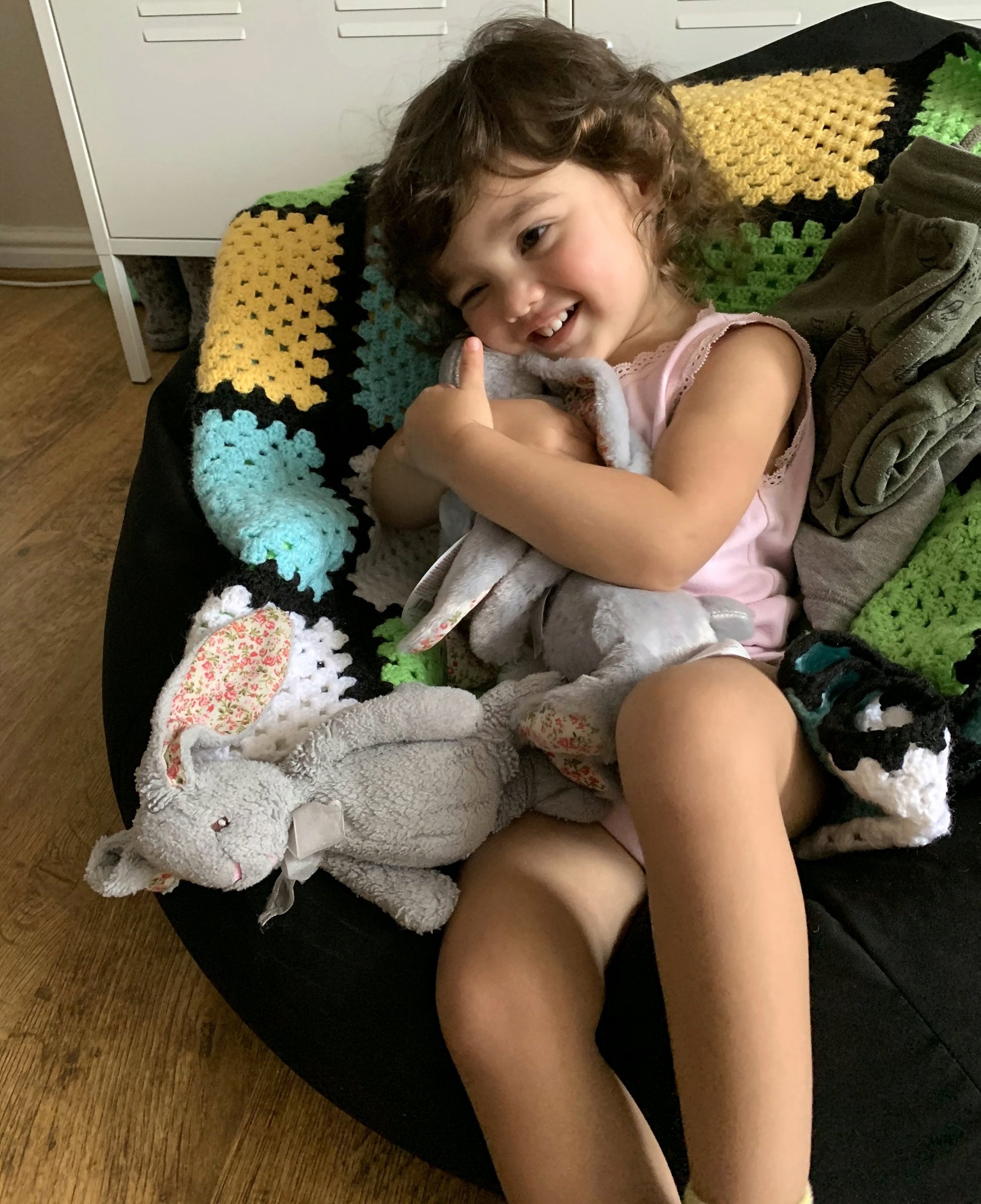 Her mums, Nadine, 34, and Chelsea Peacock, 29, knew the day would come when the toy would either be lost, or irreparable due to damage.

Chelsea, an electrical engineer, confirmed after being dragged around with a toddler – and the frequent washing machine visits that followed – had left the toy tattered and threadbare.

Mrs Peacock said: “We were pretty upset because we thought what the hell are we going to do if we can't find this bunny.

"Auryn sleeps with it, eats with it, if I take it off her she has a baby meltdown. 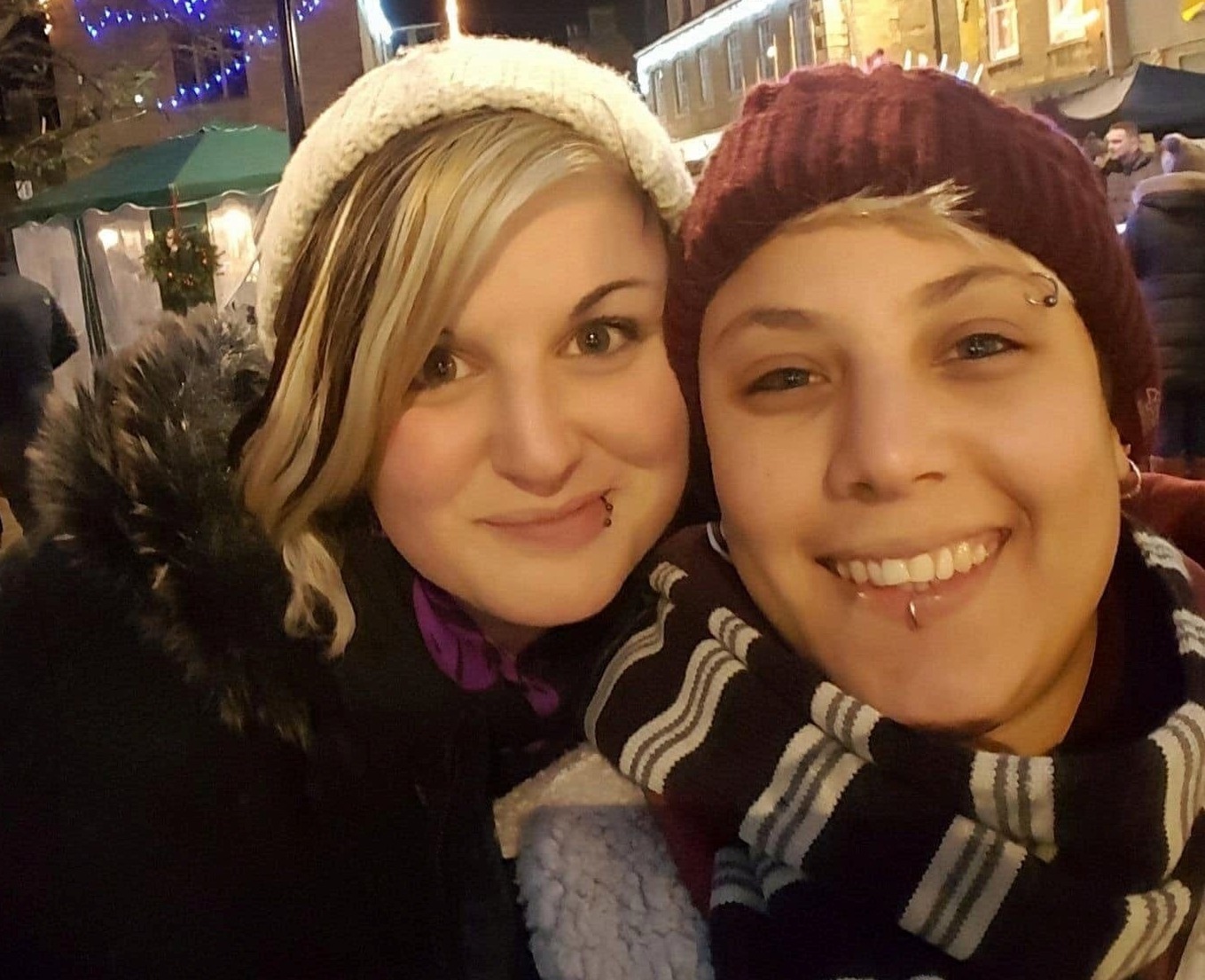 "It is her comfort. Without that she will not do anything. She won't sleep, she won't eat, she won't want to put her coat on to go out, she won't go in the car.

"This little bunny is what is making my child happy; without it she is unhappy.”

But they panicked after realising Poundland – where they the toy came from – no longer sold it. 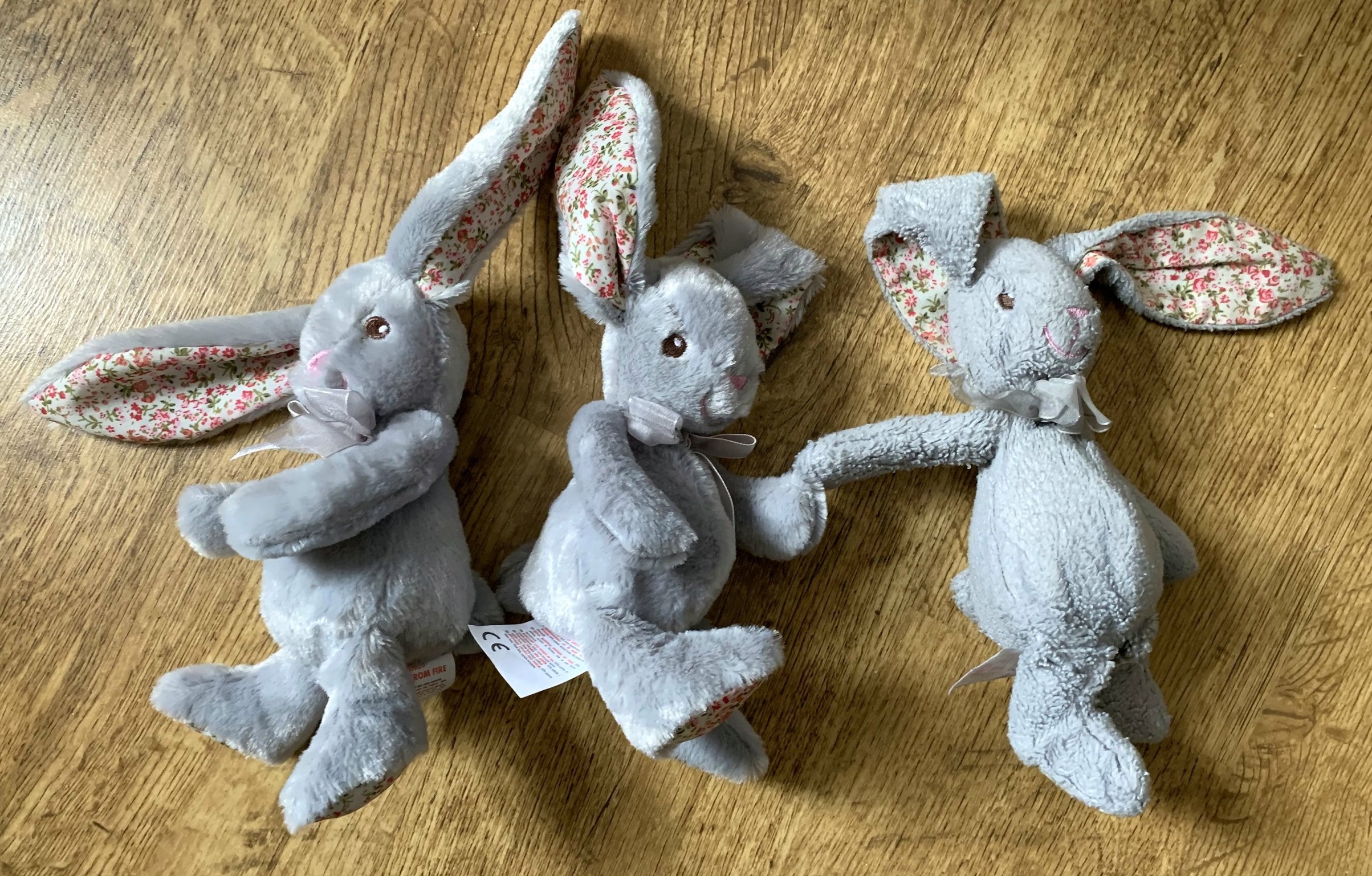 In a bid to avoid the looming meltdown, her mums, from Northamptonshire, phoned and emailed various stores, to see if it was in stock anywhere.

Chelsea sent an email, saying: “We desperately need a spare PLEASE HELP US.

"We just want to buy a couple spare as this one is falling apart and it's her comfort teddy. She won't sleep/eat or go anywhere without it."

To their shock they got a response two days after getting in touch with the director,  Austin Cooke, confirming he too was on the hunt for the rabbit.

He managed to track down not one, but two, lurking in a stock room somewhere.

The mums were over the moon with the news, and said Auryn couldn’t believe her eyes when two more turned up, adding she was giving them all “kisses and cuddles”. 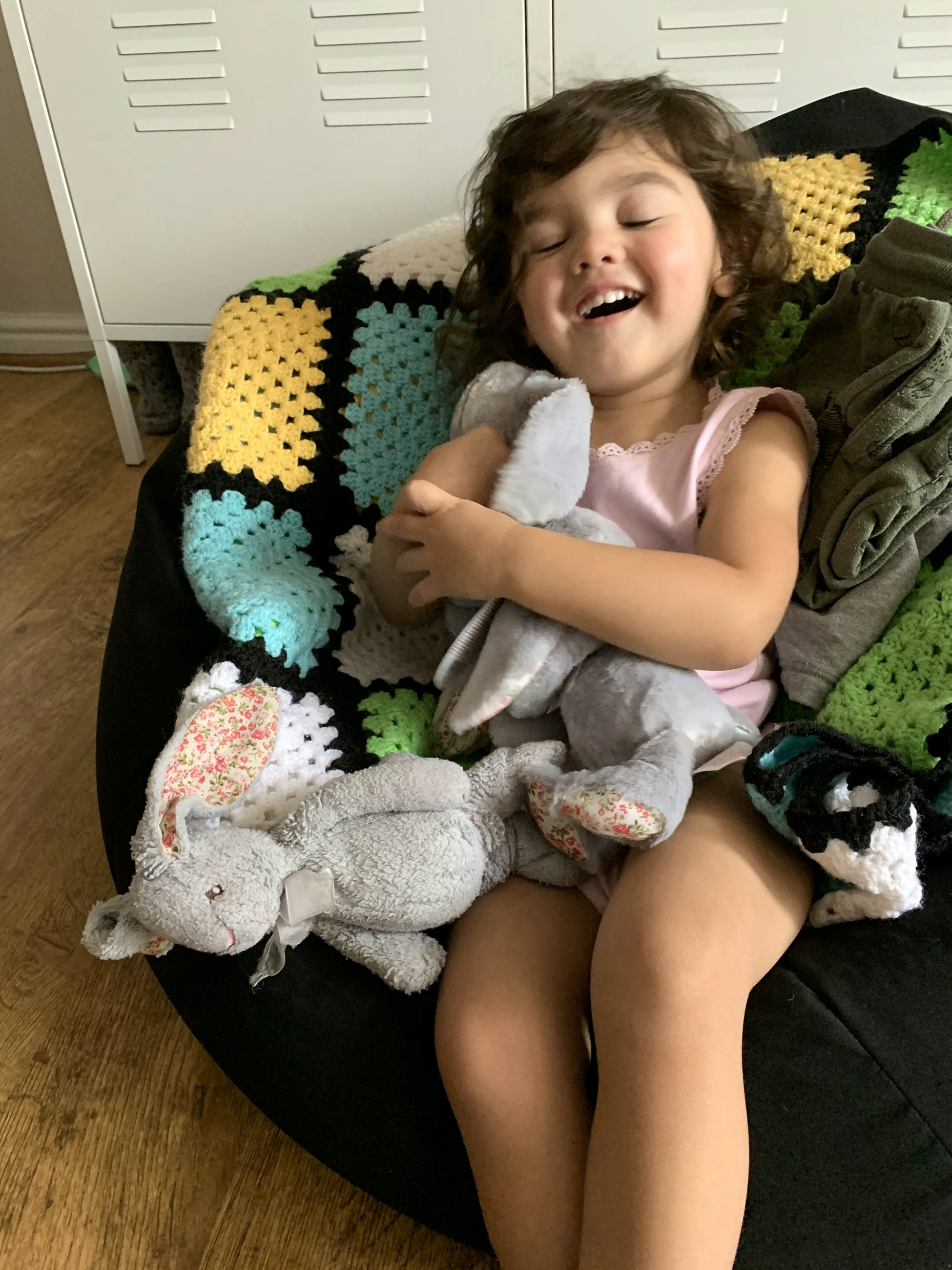 Mrs Peacock said: “When we got the two new ones it was like having a mini-party.

"We now know that Auryn has got a brand new one ready for when this one falls apart. For the next six years she will always have a comfort.

"It makes her happy and that makes us happy.

“Anyone that has got kids knows if there is a specific item they will only have, that is the most important thing in their world. This bunny is Auryn's life." 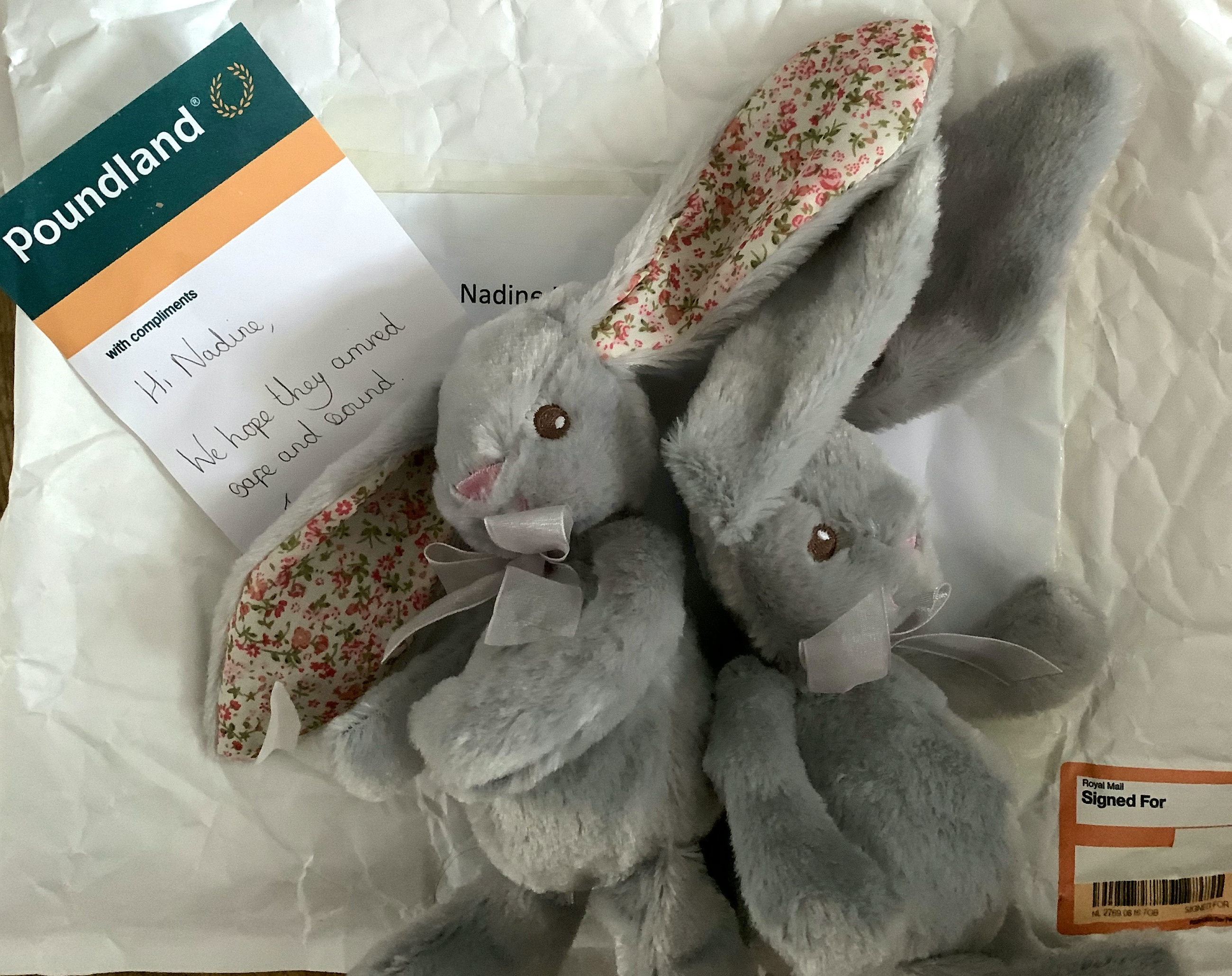 They thanked Austin for tracking down two replacements for them, adding: “The kindness and generosity of Austin and his team has blown me and the wife away.

“To have even taken the time to read our email and to want to help us was enough but to then actually find two and give them to us for free!

"What a lovely bunch of human beings."

And this mum shared her brilliant hack to keep ‘wriggly’ toddlers busy – and all you need is an empty packet of wet wipes.

Plus this cheeky toddler covered their  £1,600 TV in nappy cream after being left alone for a few minutes.

And this mum has stunned people by being filmed breastfeeding her baby – while driving.