Home » My cheapskate man hangs old kitchen roll out to dry, dilutes milk & refuses to turn the lights on – it's a nightmare

NO doubt we all have a cost-cutting trick or two up our sleeve which helps keep household costs down.

But this woman reckons her husband is as cheap as they come, and he wouldn't have it any other way -because he says it saves them a fortune. 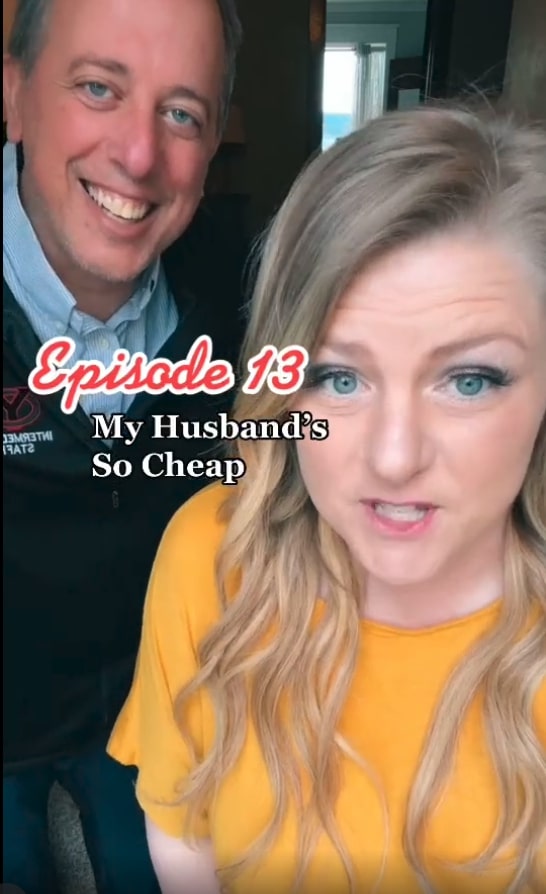 Amber Horne, from Oregon, USA, and has built up quite the fan base on TikTok with over 740,000 followers thanks to her husband's thrifty ways.

In fact, the mum-of-five has dedicated a whole series to her fun-loving hubby titled "my husband's so cheap…"

Happily married for 25 years, the hilarious couple appear in the clips together as the dad-of-five proudly demonstrates his best money-saving techniques. 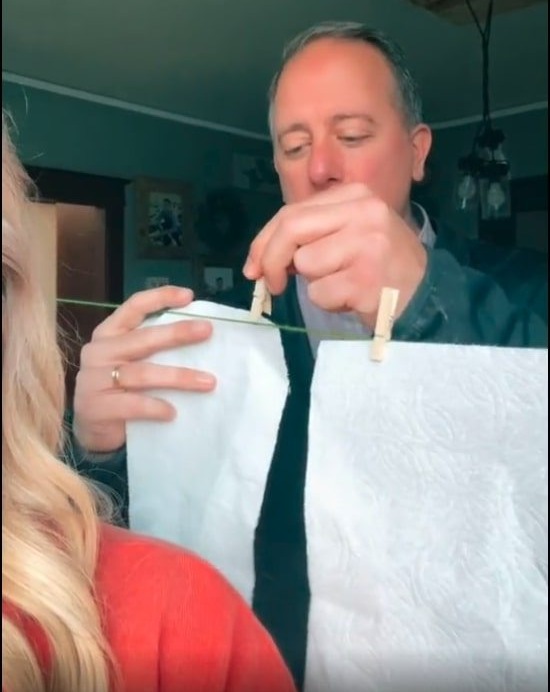 In one clip, Amber revealed that her "cheap husband" will NEVER throw away paper towel and will instead hang it on the clothes line to dry so he can use it again.

The frugal father reckons it saves a lot of money too as he demonstrates clipping the sheets of paper to a self-made line in the kitchen.

Don't think he bought one just for the job though, oh no, because Amber said they're "too cheap to buy a clothes line" and that they "use yarn instead." 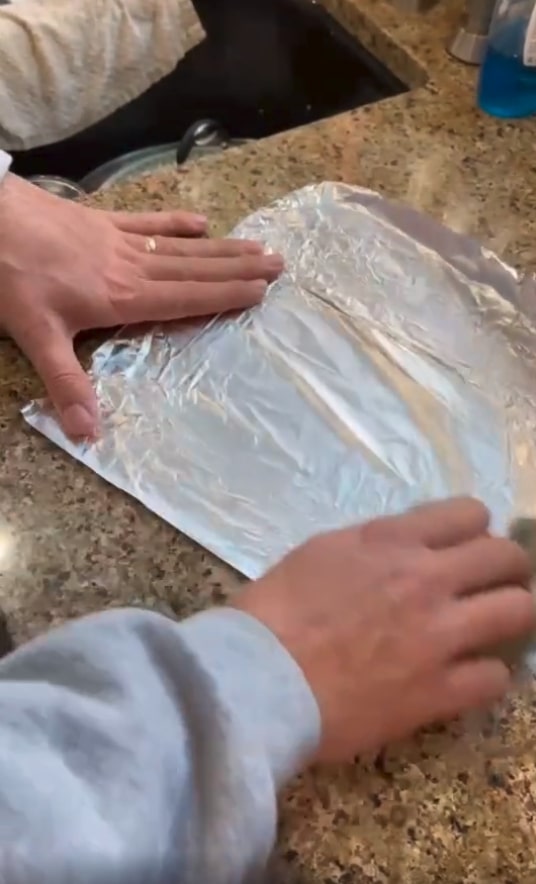 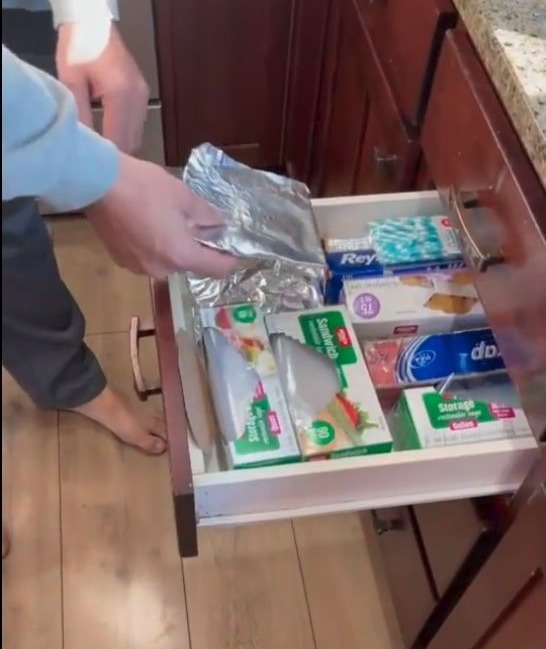 The cost-cutting dad also reuses aluminium foil after using it too – he simply gives it a wipe down, flattens it out and pops it in the drawer for next time.

Although Amber says she will always get a new sheet of foil when she needs it, proving his hack, well, pointless.

In episode ten of the video series the couple revealed how they save on buying pricey tomato ketchup – and it has nothing to do with checking out the supermarket sales either.

The fun-loving dad said: "Whenever you go to the local market or deli just grab a few extra packets and refill our ketchup container." 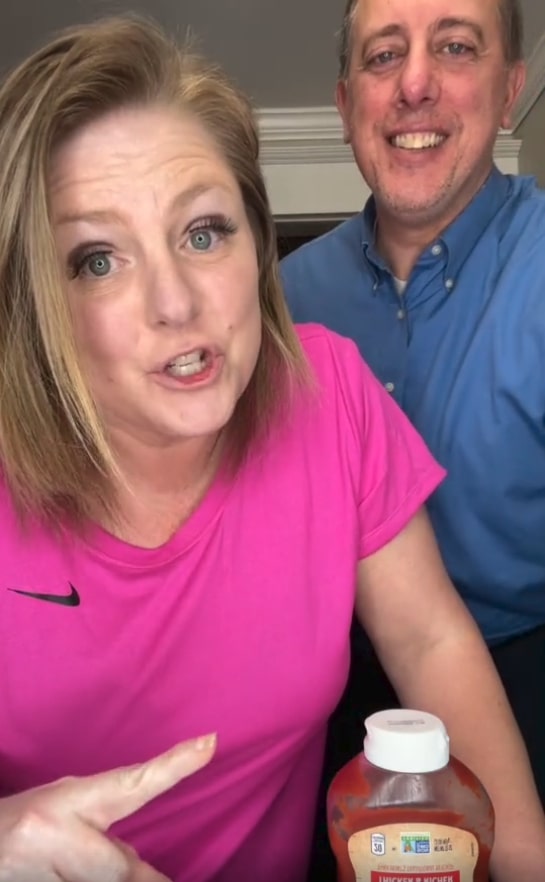 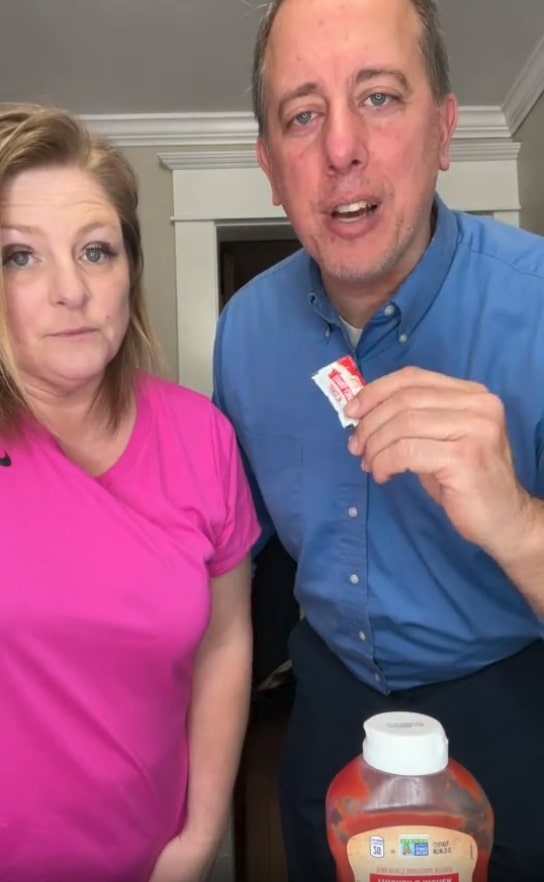 The frugal dad will stock up on ketchup sachets when he's out and use them to refill his own at home.

This way the Horne family never has to buy more ketchup again with Amber confirming "yep, he really does that,"

He also has a way to cut down the cost of milk as well, and with five teenage kids it's probably needed.

The frugal dad will buy a whole milk and then add water to dilute it, which makes the milk "last a lot longer."

CUT DOWN ON BILLS 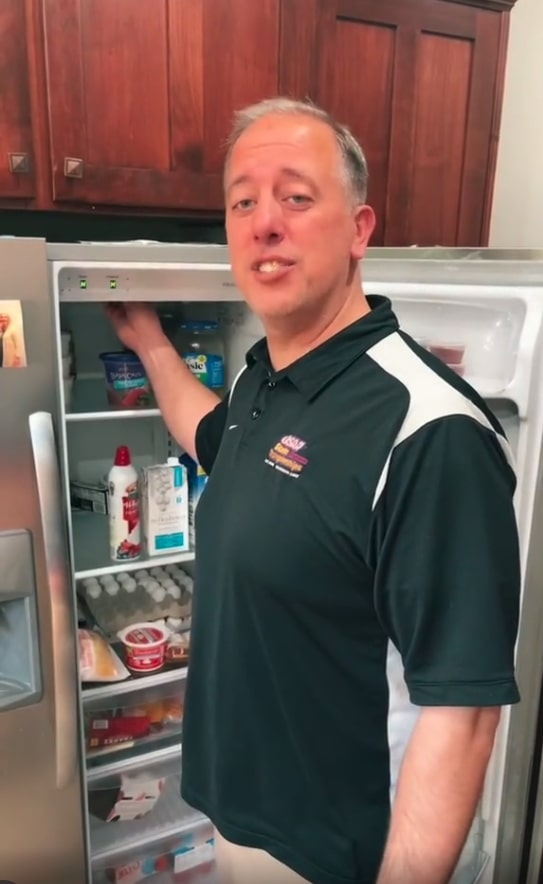 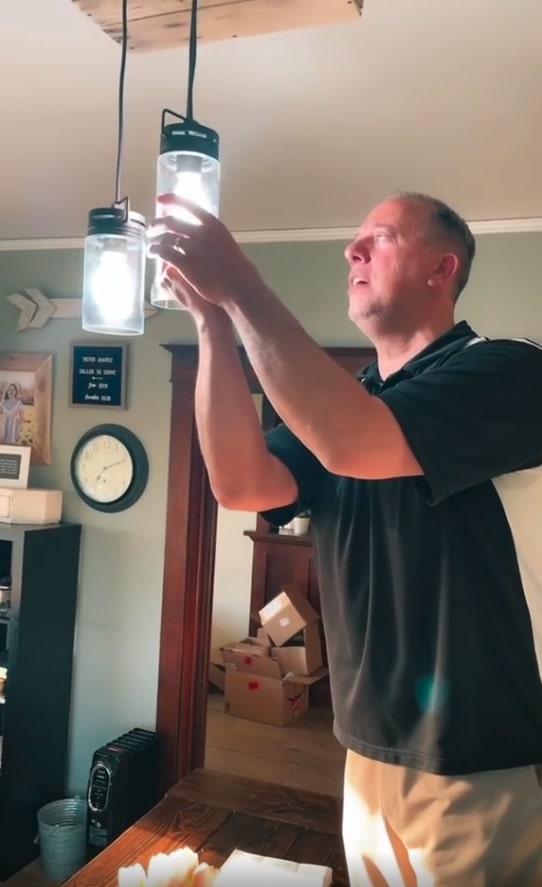 In a bid to save on electricity each year, Amber revealed that her husband will unscrew light bulbs around the house so they don't get used – including in the fridge.

The money-saving dad reckons you don't need a light in the fridge anyway because you can "easily see into the fridge" using the main kitchen light.

To avoid anyone turning on too many switches, he does the same with lighting fixtures around the rest of the house too.

If there's a lighting fixture with more than one bulb, he will unscrew one or more to avoid using them up because in his opinion "there's plenty of light."

While he thinks it's a great cost-cutting solution, though, Amber hilariously admitted she "wished" she "had more light". 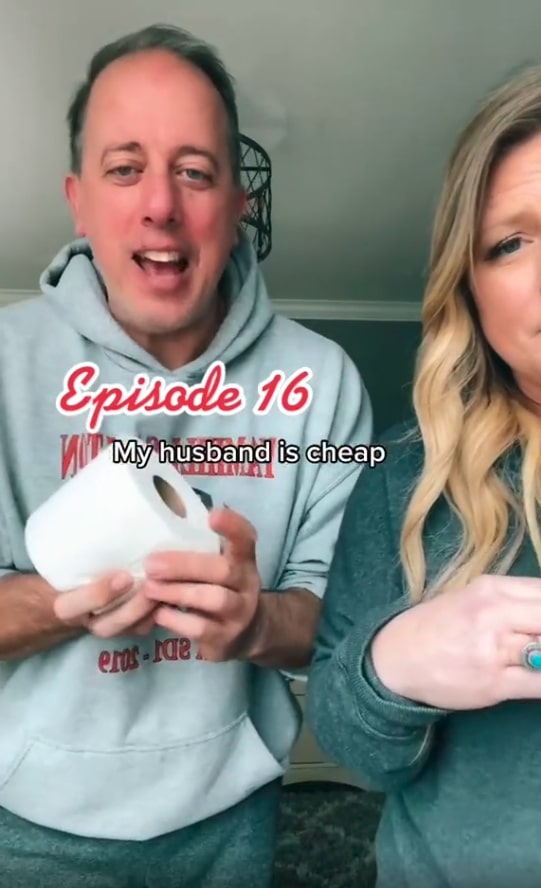 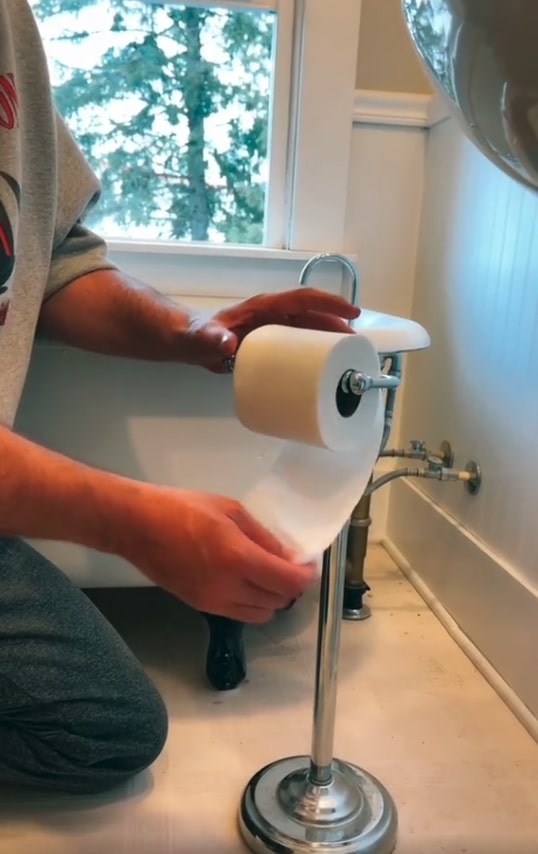 According to the dad-of-five, which way you put your toilet roll on can make or break your bank account.

He revealed in one clip: "Toilet paper companies want you to put the roll over the top so when you pull on it all of this is wasted.

"By having it come out the bottom it rips so much easier and there isn't a bunch of waste."

According to him, some research actually shows that "30% of your money is saved by rolling it out the bottom" –

While we can't confirm this, it's definitely worth a shot – we just have to get used to pulling from the other direction. 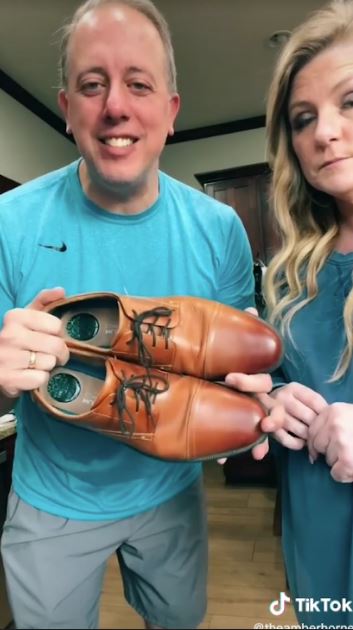 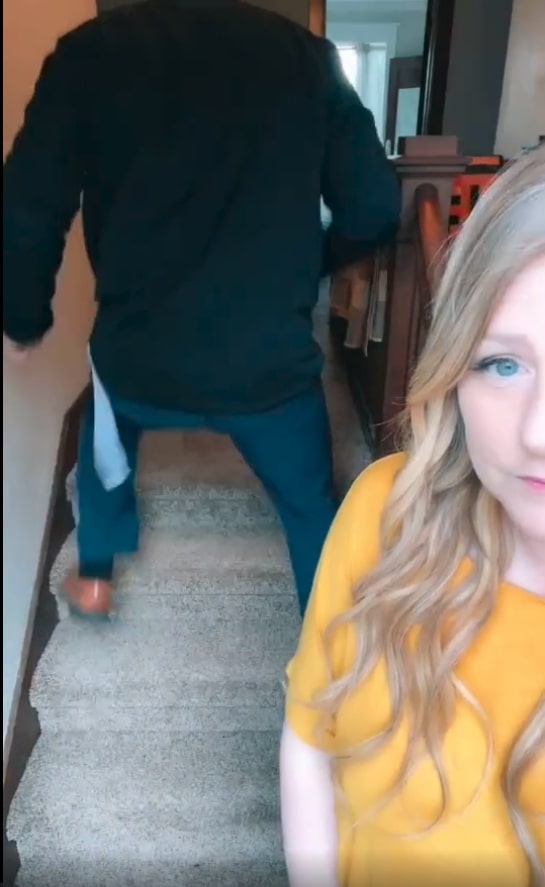 Finally, Amber and her husband revealed that he hates buying anything new and will always shop second hand.

He once bought a pair of work shoes from a charity store for just $5, which is just a couple of quid, and wore them until a huge hole appeared.

It was only until his feet got soaked when it rained one day that he realised it was about time he got a new pair.

But even then the dad-of-five refused to spend money and instead got a new flashy pair as a gift from all of his kids.

In fact, the frugal dad said: "Gifts are a nice way to get nice things and not have to spend that money."

Amber also shared the simple gift card hack which helps them save big on groceries.

We also revealed the supermarket secrets YOU need to know to save money and time.

Plus a shopaholic has made £20k by renting out her clothes and uses the money to pay for her expensive wardrobe.