Home » Two Notes a Day While the Doctor’s Away

Deborah Rachel Reich got a preview of Dr. Matthew Michael Levitsky’s hectic schedule in June 2019 when she asked if their first date was still on after they met on Hinge.

His exuberance definitely gave Ms. Reich the boost she needed after a terrible date the night before.

“I was sick of New York dating and losing hope,” said Ms. Reich, 32, now a vice president of business development and investor relations at Varagon Capital Partners, a private credit manager focused on direct lending, in New York. “I called a friend who reminded me I had set up a date with a doctor.”

Two days earlier, on Friday, a colleague sat him down to write a Hinge profile while they had an hour-and-a-half of downtime during a long surgery.

“I’m going to go on three dates and then will get rid of the app,” Dr. Levitsky, down in the dumps after a breakup two months earlier, told him. “Deb was my first date.”

His passion for medicine came through during their date Monday evening at Valerie, a Midtown cocktail bar.

“He showed me his pager,” said Ms. Reich, 32, who noticed it on the bar, and took it in stride when he matter-of-factly mentioned he planned to donate his body to an anatomy lab.

They had a first kiss before she took an Uber home to Gramercy Park, and he got a cab to the Upper West Side. 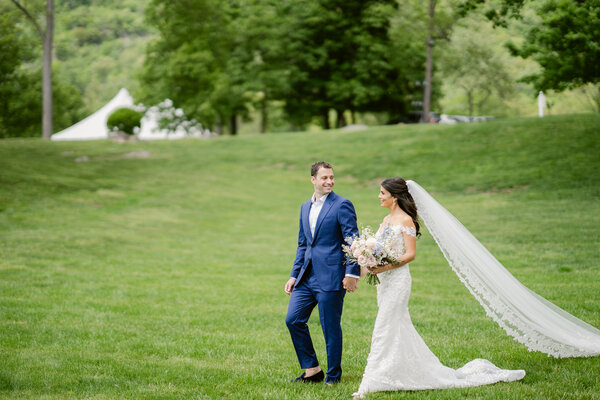 After texting a bit, the next day she boldly asked: “What about that second date?”

He obliged, and sent her his weekly clinical schedule.

“If I had any free time I wanted to spend it with her,” he said, and that evening they met for frozen rosé cocktails at the Empire Hotel, and then walked to Central Park where they sat on a bench sipping red wine out of coffee mugs. They left with dozens of mosquito bites.

The following week, when he was on trauma call at home, she understood, and brought a salad from Sweetgreen to his apartment.

“We didn’t have to do anything,” she said. “I liked being together.”

In August he began an eight-week trauma surgery rotation in Baltimore, and when he returned their relationship took off as did a note-writing tradition when they stayed at each other’s apartment.

“Even if he gets home at 11 p.m. and up at 4:30 he still writes notes,” said Ms. Reich, who reads them around 7 a.m. over coffee. During the day, she adds a note to him. (That original text he sent her before their first date is framed above the coffee machine where they leave their notes.)

In March 2020, the month the coronavirus took hold of the country, he moved in with her, and a week later they got a mini-dachshund, Sir Gnarls Barkley.

“I wanted to start building my life with her, ” he said.

They planned to get married at the Gramercy Hotel with 50 guests, but the hotel was closed to guests during the pandemic. After pausing, they changed venues, but kept the date.

On May 16, Rabbi David J. Fineofficiated outdoors before 40 vaccinated guests at Monteverde at Oldstone, an event space in Cortlandt Manor, N.Y.