A MUM of twin boys who scratched their skin so hard it bled because of their eczema has found a “magic” cure for just £5.

Charlotte Moreton tried a whole host of creams to help soothe the skin of her 11-month-old twin boys Tommy and Conan. 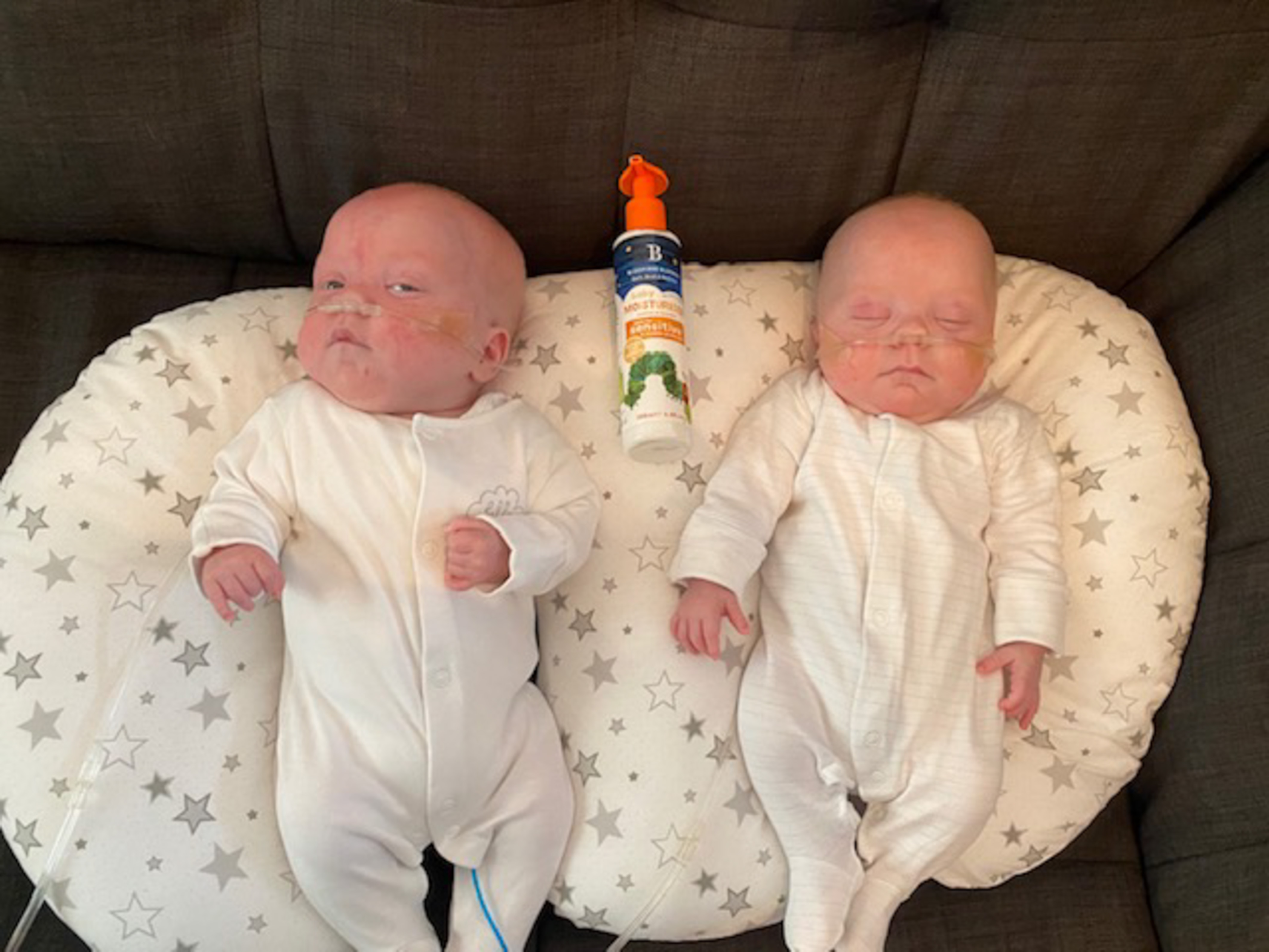 The twins were born at just 25 weeks and spent 137 days in hospital.

They had to undergo three operations and had to be sent home with breathing tubes to ensure their oxygen levels remained safe.

The breathing apparatus irritated the boys’ skin and they would scratch at their flare ups.

Nursery worker Charlotte, 28, resulted in layering their clothes in a bid to stop them from scratching. 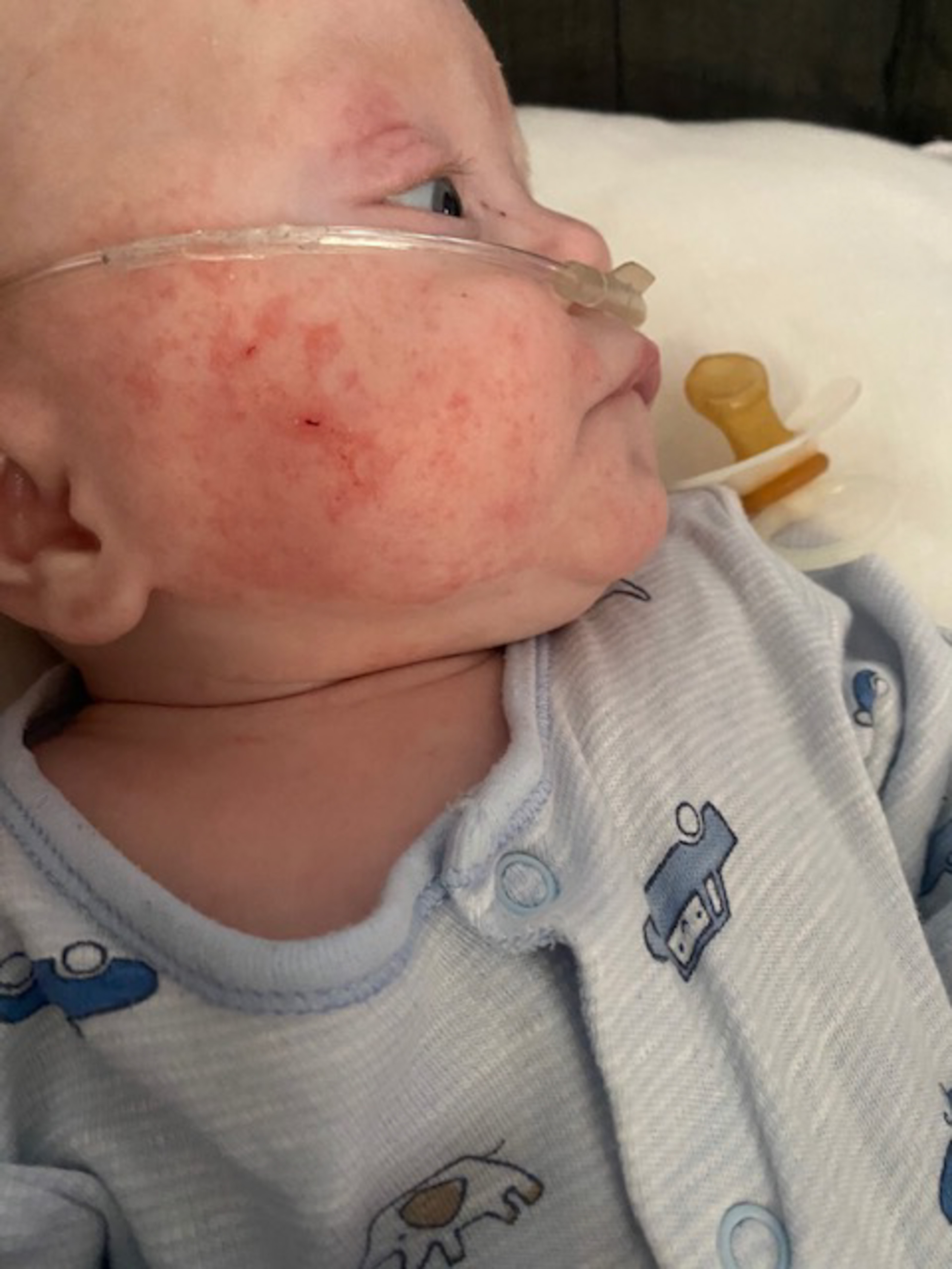 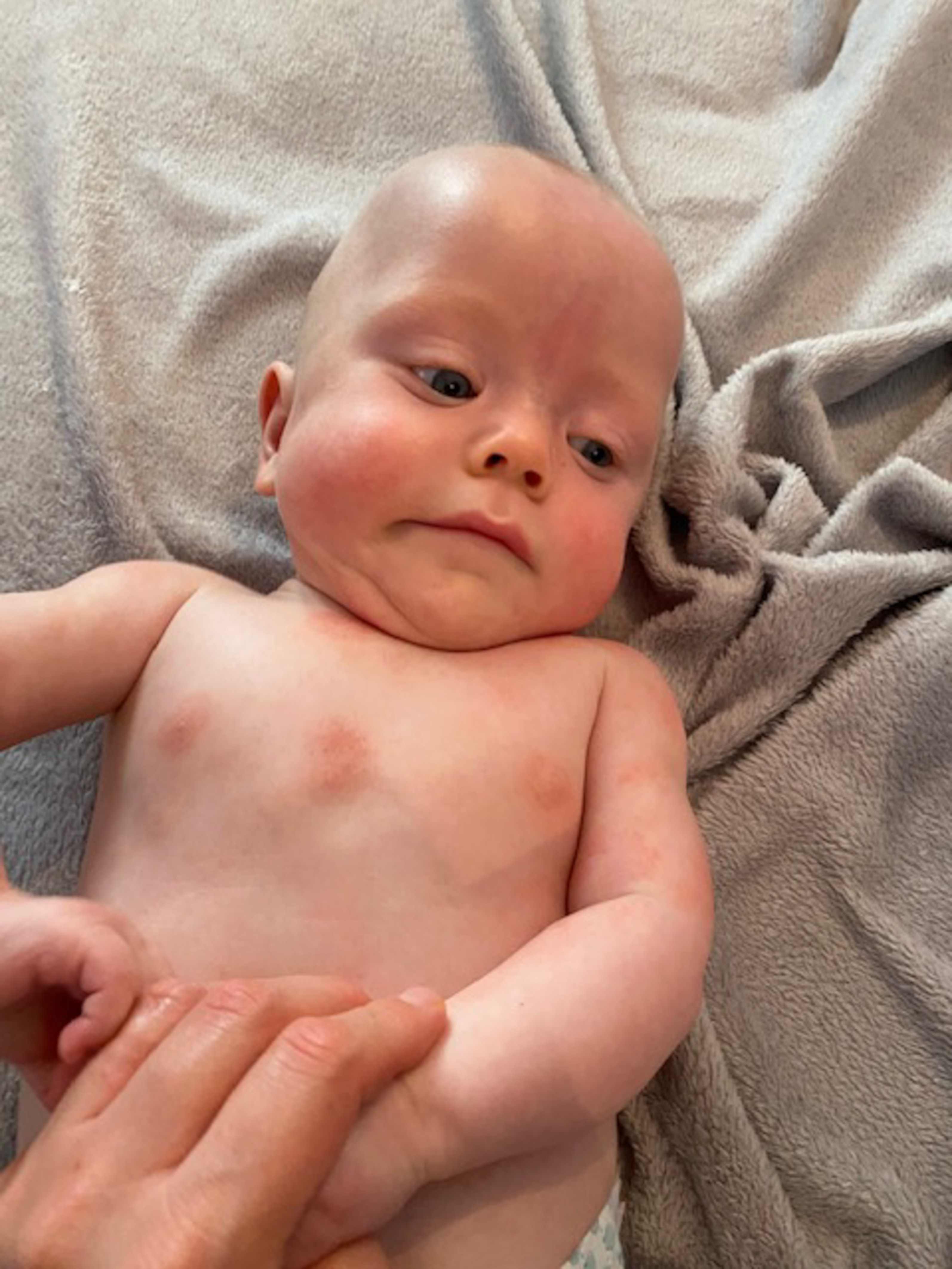 The first time mum tried countless over the counter remedies and steroid creams.

Feeling guilty and helpless she tried a free trial of a £5 moisturiser and said it worked “instantly”.

She said the Very Hungry Caterpillar Moisturiser by Bloom and Blossom worked better than what doctors prescribed.

Charlotte, from York, said: “The difference the moisturiser has made to both boys has been amazing.

"We saw results on Tommy's skin pretty much instantly. Conan's skin was always worse out of the two of them so his did take longer to clear up but it was only a matter of weeks. 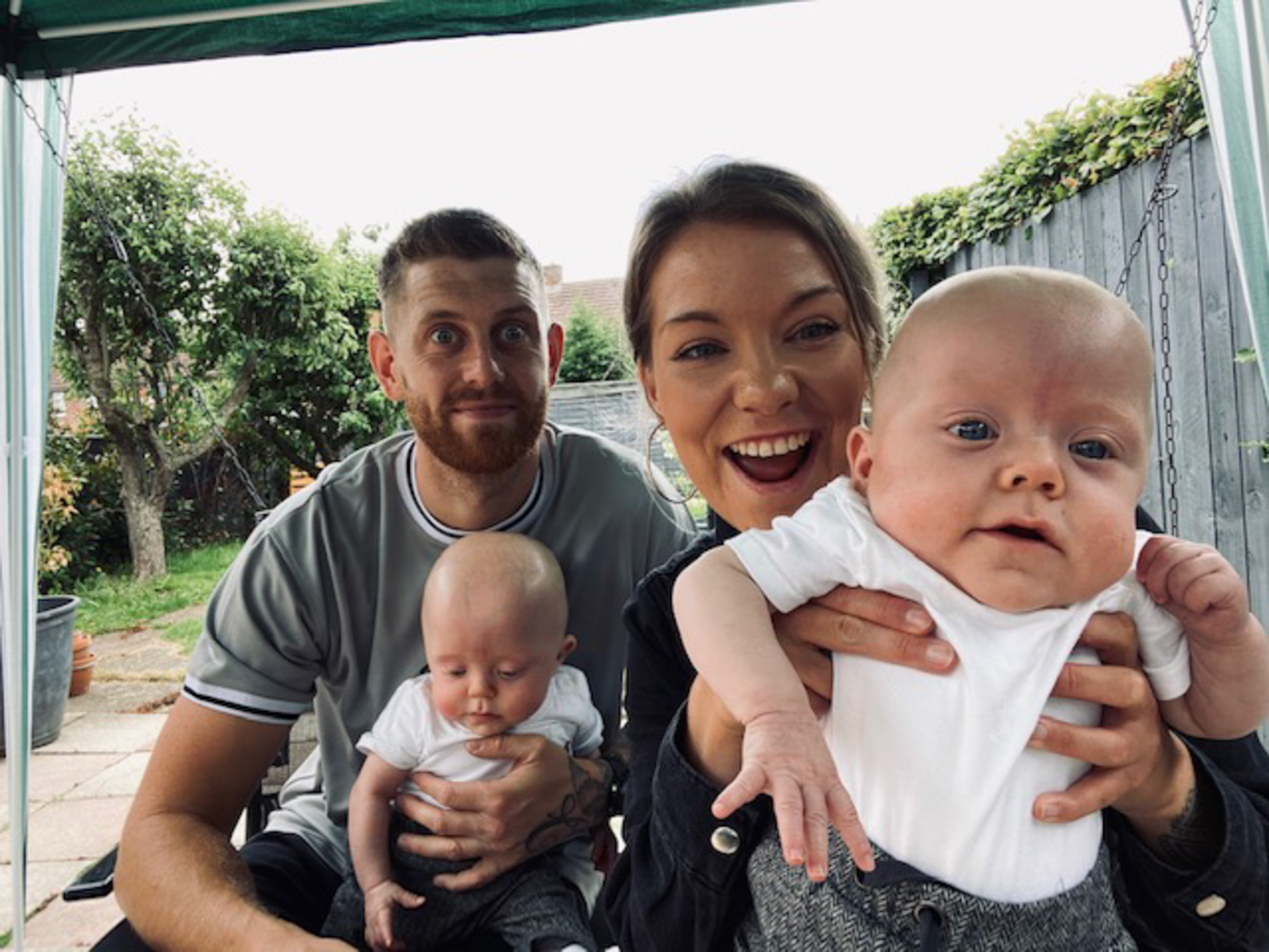 "The cream really has been our magic formula – even the medical products that the doctors prescribed just didn’t work.

“At one point, both boys were scratching at their skin so much it would bleed, they were constantly trying to get at it.

"Now they just don't bother at all, they are much happier, more content little boys."

When Charlotte’s waters broke early her boys faced a battle to develop their lungs.

After five months in hospital, Charlotte and husband Jason, 28, were determined to help soothe their sons’ skin.

What are eczema and dermatitis

One in 12 adults are forced to endure the misery of eczema – and in kids the condition is even more common, affecting one in five youngsters.

Though common it is rare for two sufferers to experience the same symptoms and discomfort. It is a highly varied condition and comes in many forms.

Despite the fact it causes often unbearable itching, the condition is not contagious, and so cannot be caught from someone suffering a flare-up.

In mild cases, a sufferer's skin is dry, scaly, red and itchy.

But, in more severe cases there can be weeping, crusting and bleeding sores as a result.

The constant compulsion to itch can leave the skin split and bleeding and also leaves it open to infection. 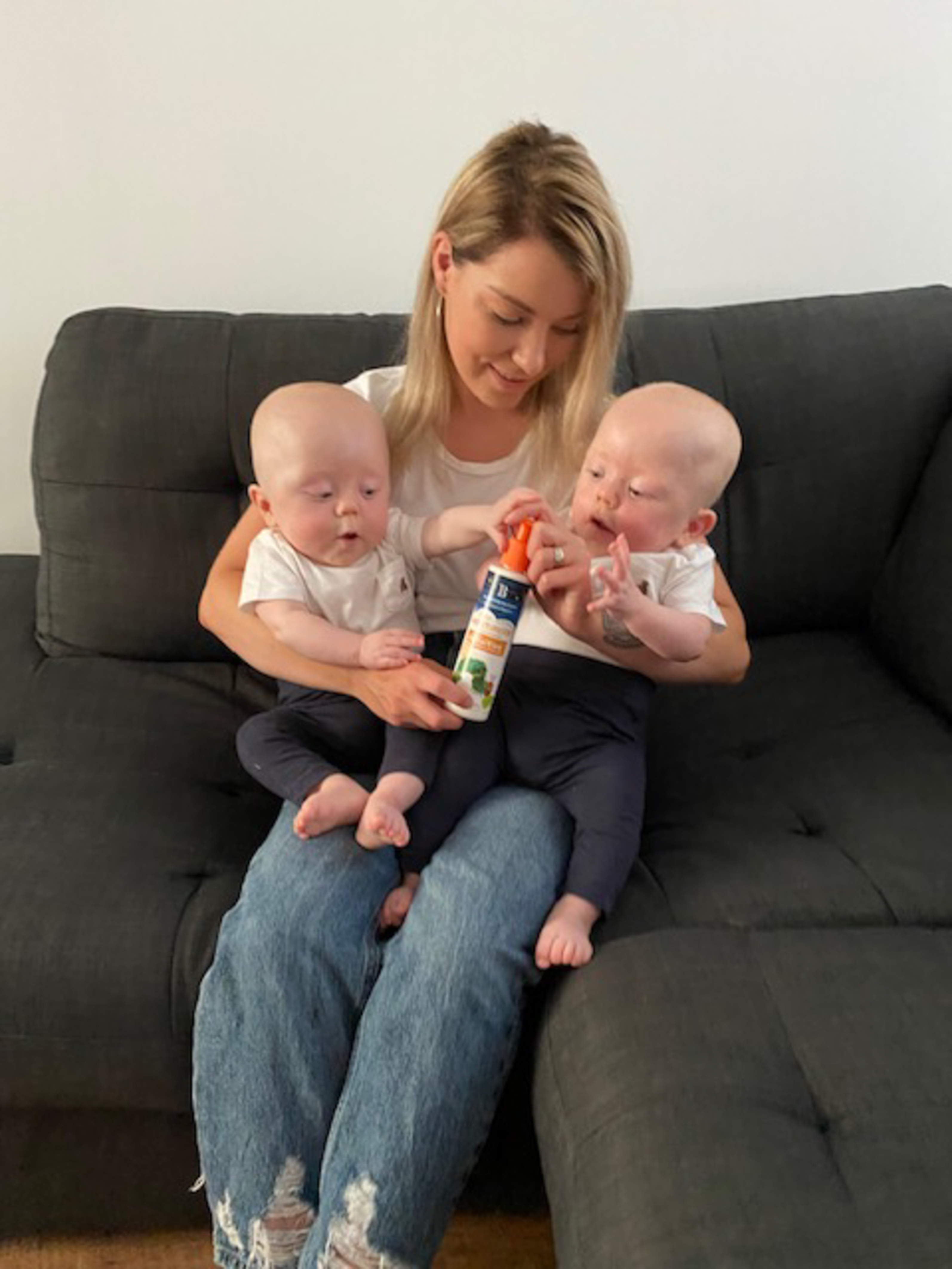 Charlotte said: "We had just been through a five month stint at the hospital helping them to breathe, so when we got home and their skin started flaring up it didn't seem like it should be the top thing on their doctors' priority list and I just thought it would be something I could cure myself.

"When everything we tried just didn't work I got really down about it, I felt like I should be able to help them and make them comfortable.

"Jason had heard about the Bloom and Blossom moisturiser so it was the next thing to try on our list but then I saw a free trial pop up on Facebook so it was like it was meant to be.

"Now we use it to give them a massage before bed which helps settled them so much quicker.”

Charlotte said she’s been telling other parents about it and said those struggling to help their children with eczema should “give it a go”.

"We pack them full of real ingredients, to solve real problems and hope Charlotte sharing her story about Tommy and Conan will help others suffering with similar problems.

“Knowing our moisturiser has helped soothe her twin’s skin and also helped calm them before bed, so the whole family can get a good night’s sleep, really feeds into the reason why we started Bloom and Blossom in the first place.”