Anaesthesiologist Andi Traynor, 45, was on her first official date with Max Montgomery, 56, when he took ill after a morning of surfing. 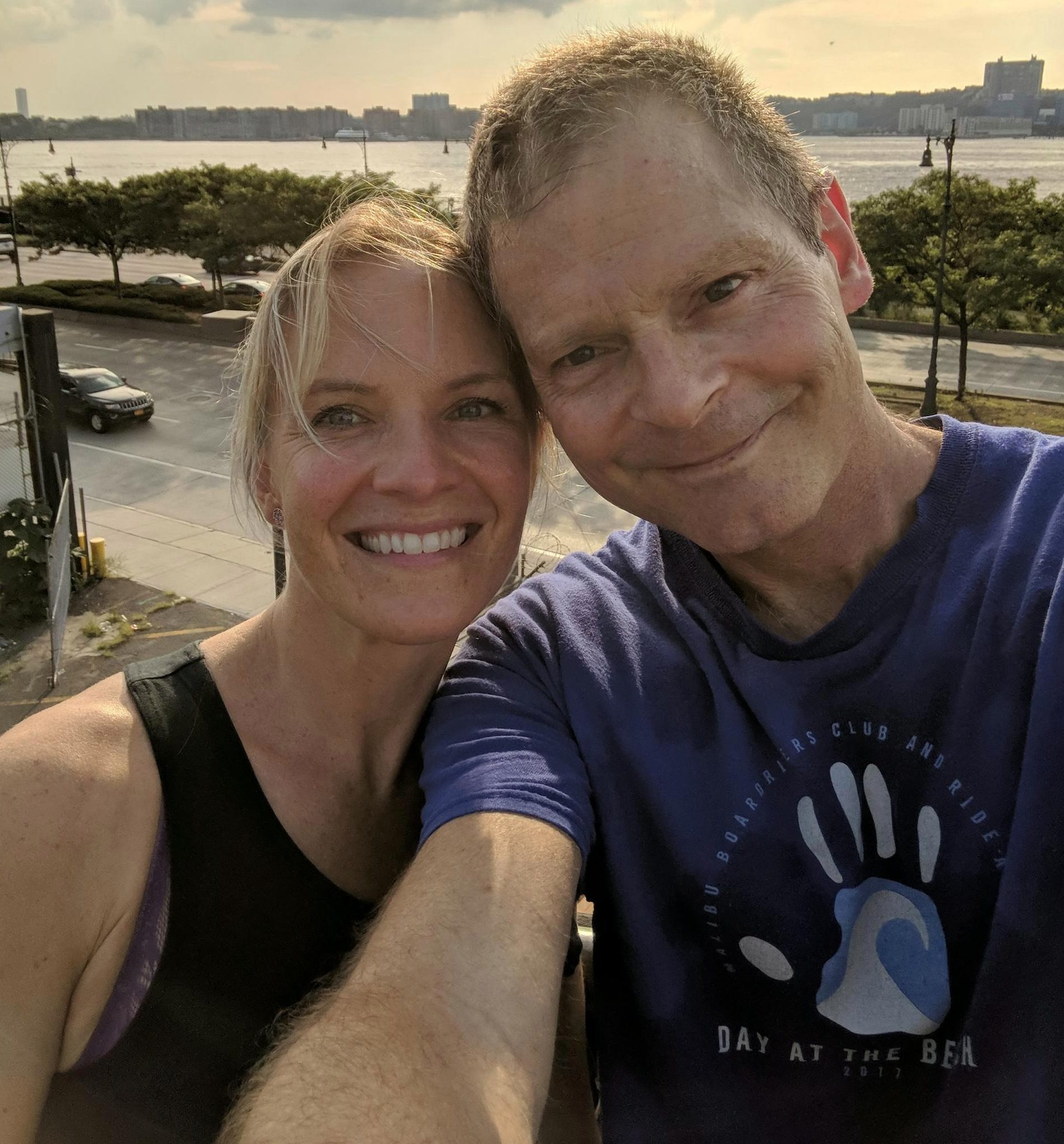 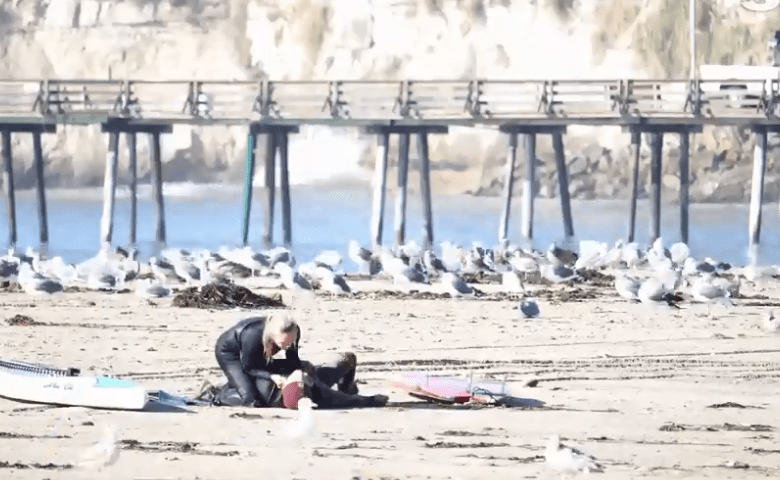 Max, a tech content creator, had felt a burning sensation in his chest while paddling but didn't realise anything was wrong until he began to feel exhausted after he left the water.

Andi, of Palo Alto, California, watched with shock as Max collapsed on Capitola Beach, Santa Cruz –  and couldn't find her new flame's pulse when she turned him over.

She immediately began to perform CPR on Max, of Santa Cruz, California, with the help of passersby.

Within seven minutes an ambulance had arrived and stretchered Max off the beach before reviving him using a defibrillator on route to Dominican Hospital. 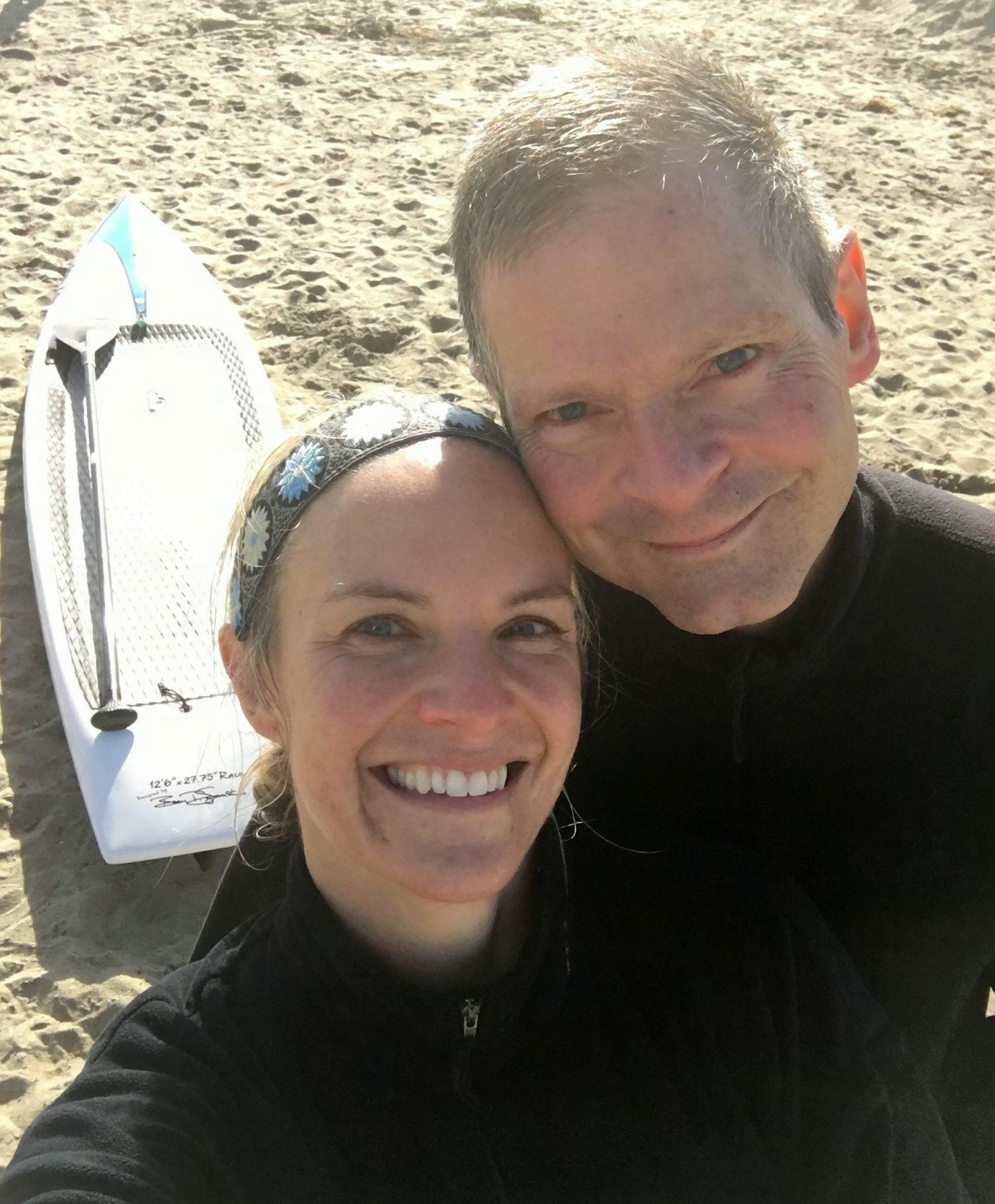 Doctors determined that Max had suffered a heart attack and his coronary artery had a number of blockages.

The day after his first date with Andi, on October 19 last year, Max underwent bypass surgery to repair his faulty ticker.

Now, 10 months later, he's back to full health – and he and Andi are still going strong.

Andi said: "Two days before our first date, Max told me he had a crush on me and I was really interested.

"We had been friends for a little while and I was keen to spend some more time together.

"He suggested we get up really early that Saturday and go surfing. We had such a wonderful time. 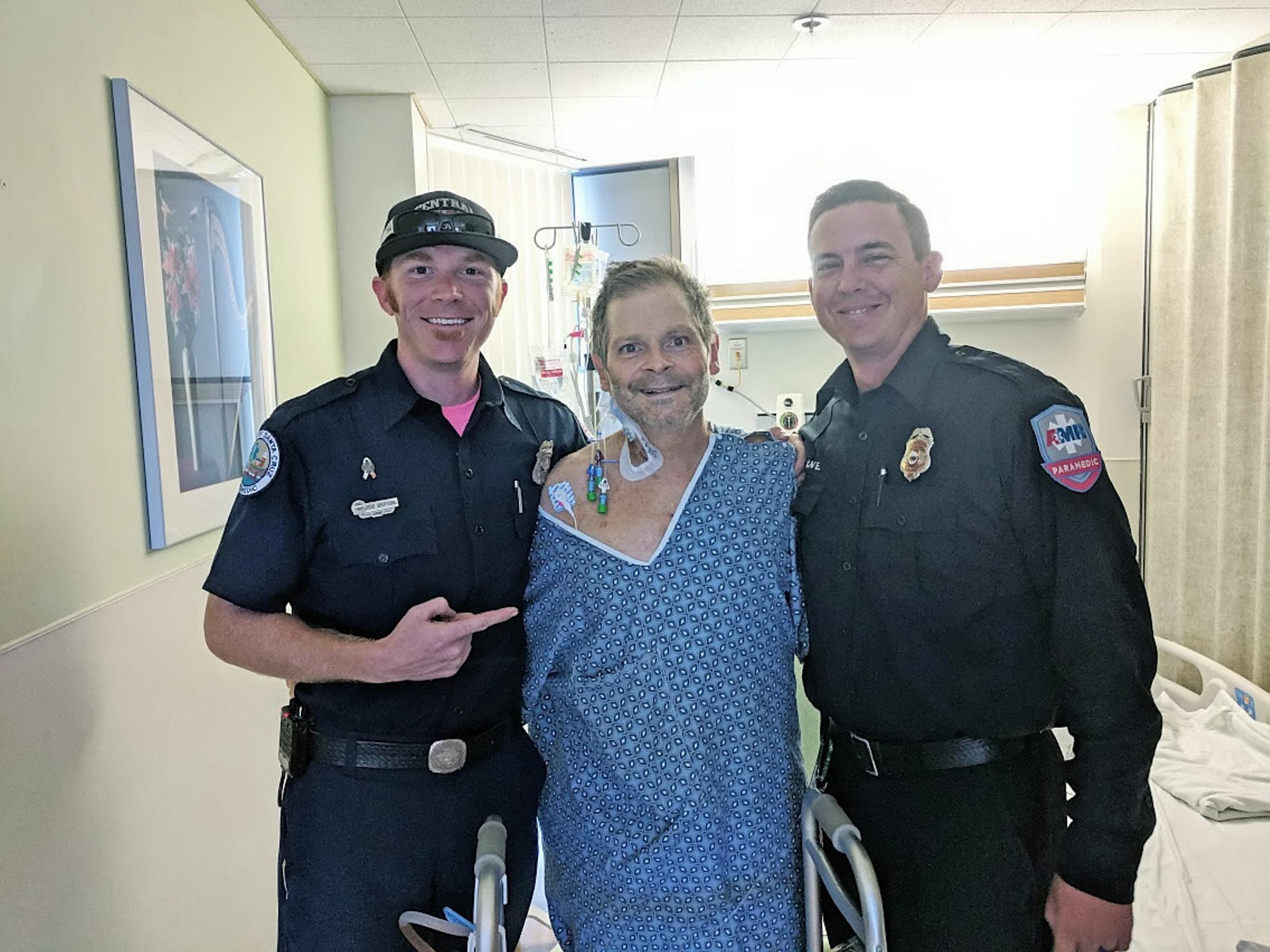 "We got out of the water and he was carrying the boards and all of a sudden he fell.

“It was so weird. I immediately ran over to him and turned him over. He wasn't responding and he didn't have a pulse. I started CPR and I called for help.

"We were very lucky that one of the people who stopped was a nurse.

"The ambulance got there so quick and those guys are amazing. We hadn't revived him and they gave him three shocks on the beach and medicine, none of which worked.

"When they took him away in the ambulance, I didn't know if he was going to live."

Max added: "It was surreal. I woke up in the ambulance and there was a guy leaning over me. He asked me did I know what happened. 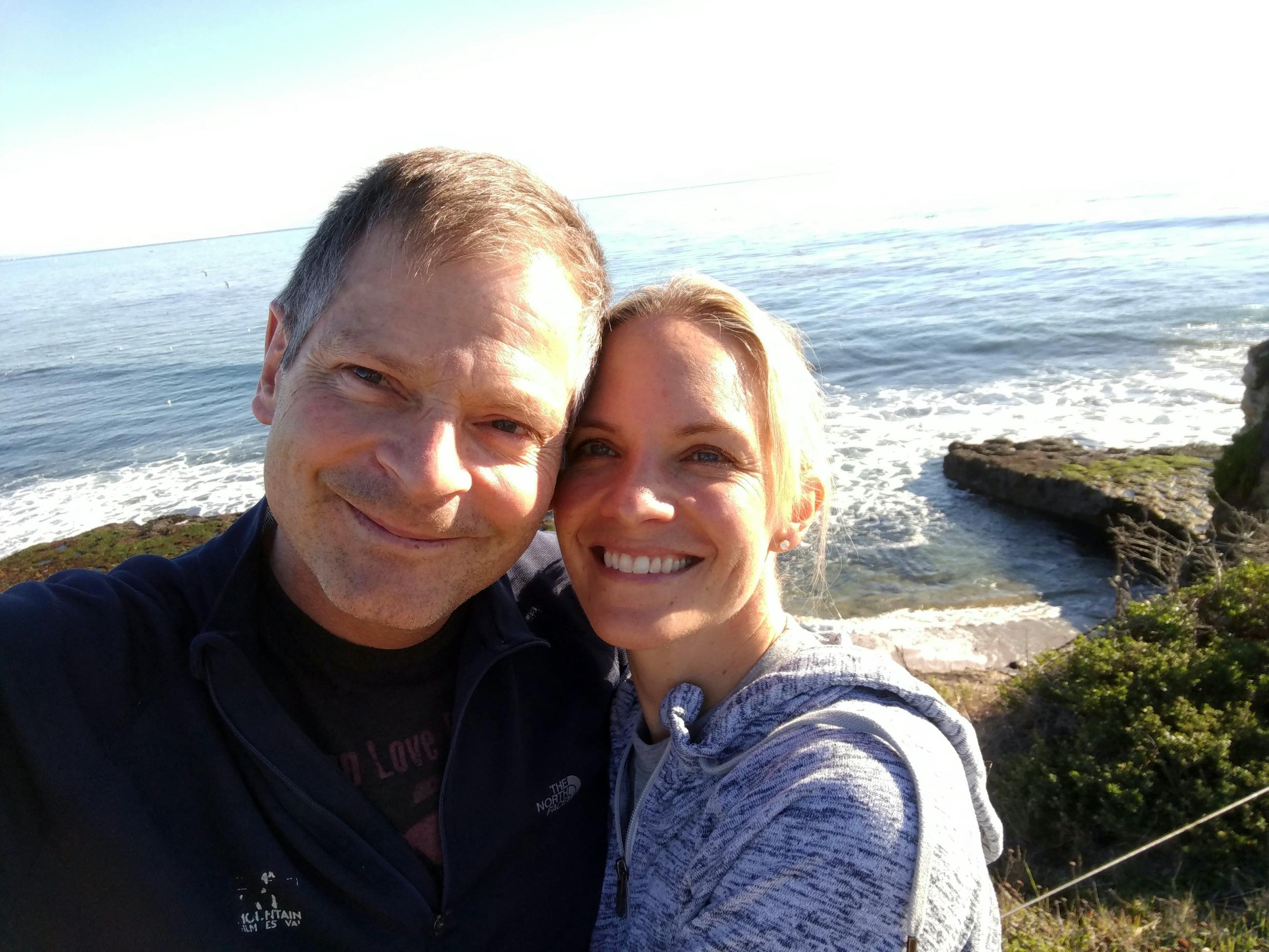 "I said, ‘Yeah I think I've had a heart attack, how embarrassing.’

"It was embarrassing because I finally told this woman I really liked I had a crush on her and she had said it back.

"Who wants to date someone who just had a heart attack?"

Andi said she became tearful when she received a call from Max that afternoon, who immediately apologised to her.

Andi said: "It was an incredible sense of relief to hear his voice. He told me he was sorry.

"I was just so relieved because I was so upset that I had just met this amazing person and now he could be gone." 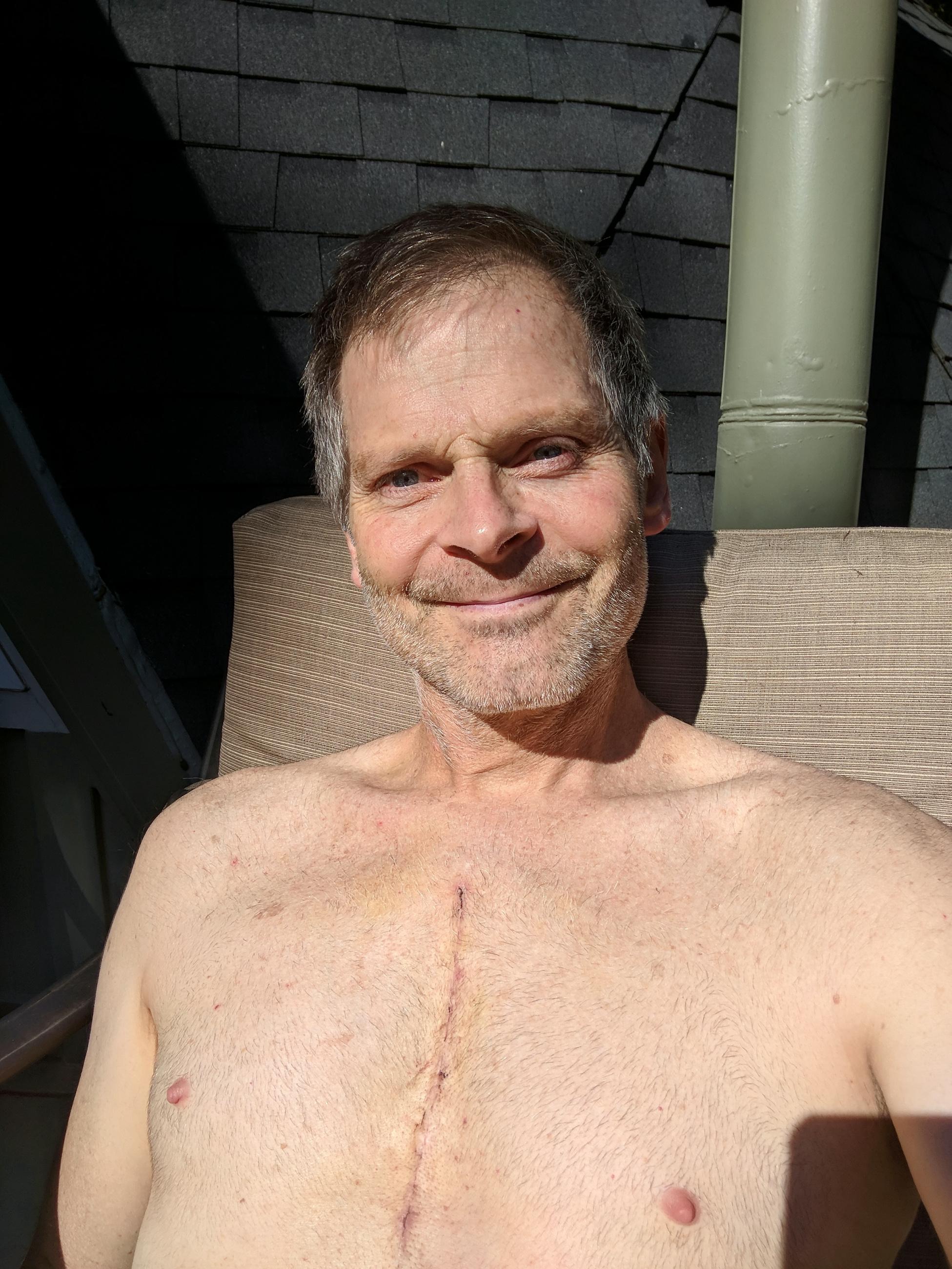 Max underwent coronary bypass surgery the next day, after which he told Andi that he would understand if she didn't want a second date.

Max said: "When she came in after my surgery I told her I would understand if she didn't want to keep seeing me. But she told me she was not going anywhere."

Andi added: "The whole experience made me see who Max really is.

"All of the friends that visited him and how he treated his family, even at his most vulnerable moments."

Strangely, Max's collapse was accidentally captured on camera by Los Angeles composer Alexander Baker, 58, who was filming a time-lapse video of the beach's seagulls.

Max said he hopes the video will encourage others to learn the basics of CPR, so that they can save a life like Andi did.

"Through our non-profit Paddle4Good we've launched Help A Heart and we hope to use this story and this video to raise awareness about the important of CPR – even knowing the basics can save a life." 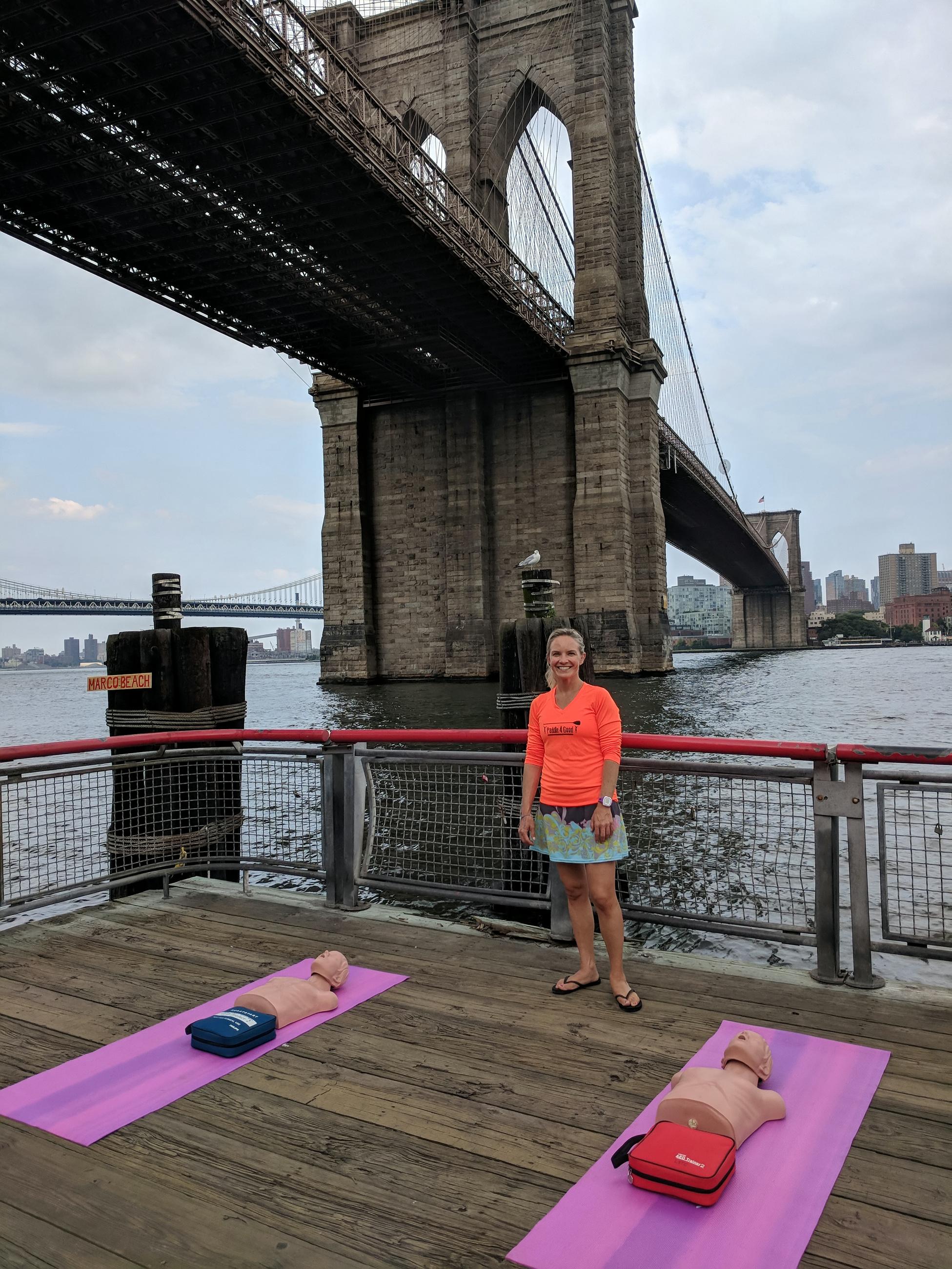 Since their dramatic first date, Andi and Max have been going strong and even found a moment to have their real first kiss.

Andi said: "A few weeks after his surgery he was recuperating and we were on the beach just talking.

Max said: "My heart has been healed inside and out. I feel very blessed."

Earlier this month we told how a Brit mum pulled lifeless from the sea by her son on an Italian beach was brought back to life by passing medics who performed CPR for 15 minutes.

And this is the incredible moment a dog performed CPR on his handler and even checked whether he was breathing.