Home » Fashion » Single guy sends a very cheeky message to Tinder match who asked him to write her a poem…can you spot it?

Single Drew spent 45 minutes crafting the requested "sonnet about first love" for Emilia, but the modern-day Shakespeare says it was worth every minute. 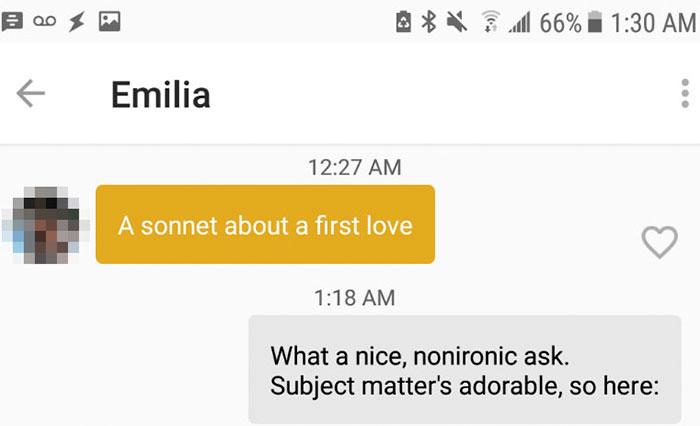 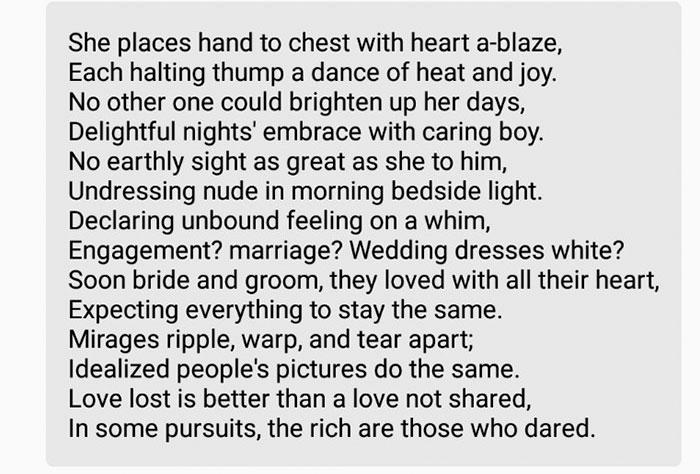 The cheeky chappy hid a secret message in the text – can you spot it?

If you look at the first letter of every line, it spells out "SEND NUDES EMILI".

But Emilia had absolutely no idea, and naively replied: "Oh my god. Made my whole night, that was beautiful". 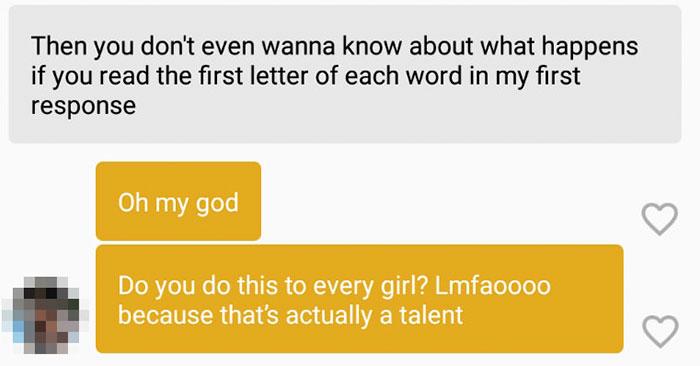 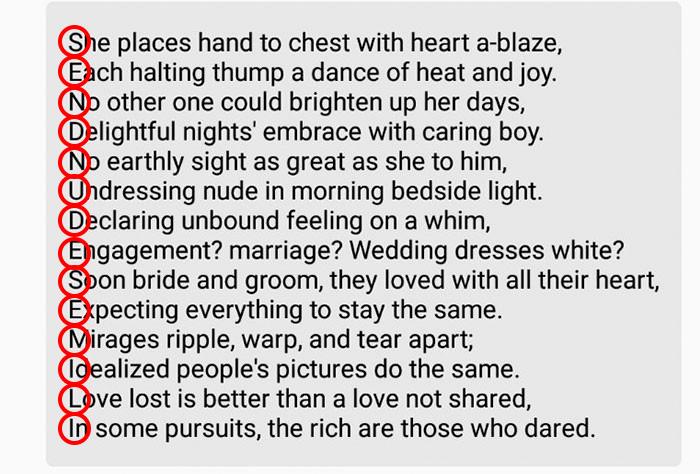 "Do you do this to every girl? Lmfaoooo because that's actually a talent," she added.

But that wasn't his only hidden message.

Witty Drew immediately quipped back: "If only it ended there, Emilia. Read the first letter of the second word of every line".

When Emilia did this, she realised it spelt out "phone number pls". 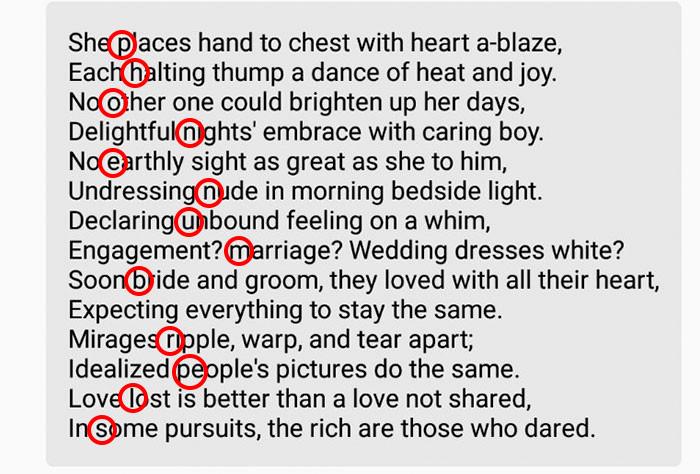 An impressed Emilia replied: "Honestly, you deserve it after all that. Is that the end of the hidden messages so I can give it to you haha".

So the poet's cheeky requests managed to get him the girl's number – no word on the nudes though. Better luck next time Drew.

Drew told Bored Panda: “I thrive on genuinely investing that effort to make the other party unexpectedly impressed. I always loved writing poetry and it has turned out a great way to break the ice.

“To be honest I find I have about just as much success with normal messaging than I do with the poems.

“They’re not magically boosting my chances but they do well as a memorable ice-breaker.”

Earlier this week, Fabulous spoke to a woman who was left gobsmacked when her Tinder match asked if her blonde MATE was single… but she manages to see the funny side.