Mascara can be integral to makeup looks from easy, no-makeup makeup days to dramatic, statement looks. But even the most expensive mascara can be plagued by a common problem: clumps. Mascara formulas work by coating and extending lashes, which too often means they can make lashes look brittle and spidery while also leaving behind clumps of dried formula. But you don’t have to despair: It is possible to find the best non-clumping mascara, no matter what your needs are.

As it turns out, the key to non-clumpy lashes isn’t the formula, it’s the wand. Many popular non-clumping mascaras feature molded plastic or comb-like wands that keep lashes separated as you apply. On the other hand, traditional bristled brushes can lead to less lash separation and more clumping.

Some people also find waterproof mascaras are more likely to clump, so if you have watery eyes, live in humid conditions, or are watching a heart-wrenching movie, you may want to stick to a tubing mascara which creates a water-resistant film outside each lash rather than just covering them with pigment.

If you crave even more separation, try wiggling your wand gently at the base of your lashes. And remember, even the nicest mascaras will dry out, and most experts recommend replacing mascara every three months to avoid infections, so replace your tubes regularly. This has the added benefit of keeping your mascara formula fresh and clump-free as well.

From an under-the-radar Japanese waterproof tubing mascara to a drugstore favorite for just $5, these are the best non-clumping mascaras for every look. 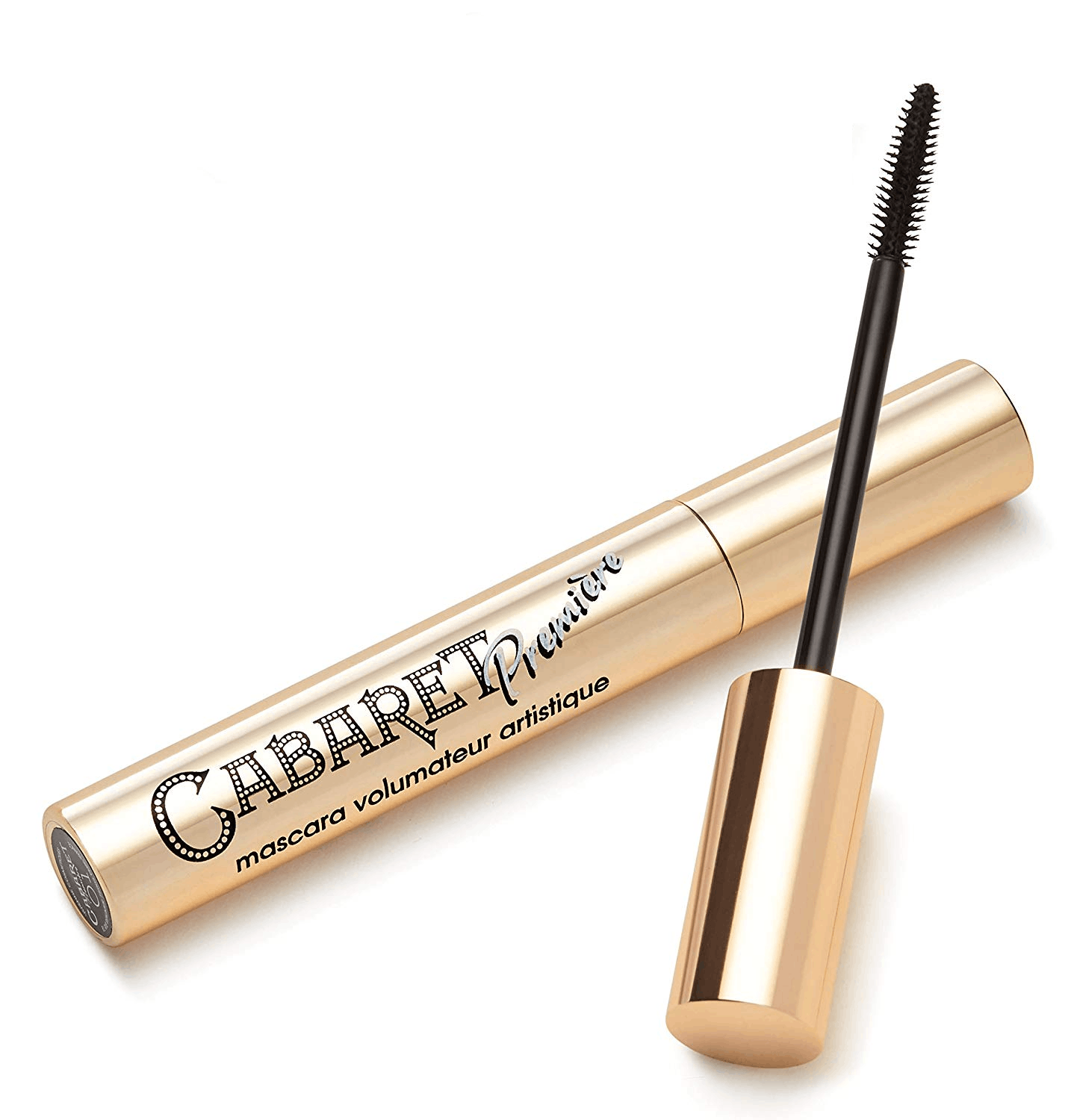 An affordable option that brings major drama, this volumizing mascara from Vivienne Sabó gives your lashes full definition and separation without clumping. The lightweight formula coats lashes for a wide-eyed, fanning effect that nevertheless won’t feel heavy. One layer adds volume, and subsequent coats can add more length and drama. It also doesn’t flake or smear throughout the day.

What Fans Say: "I’ve tried every mascara on the market and… let me tell you this is by far the BEST!!! My lashes are thick and long and clump free!" 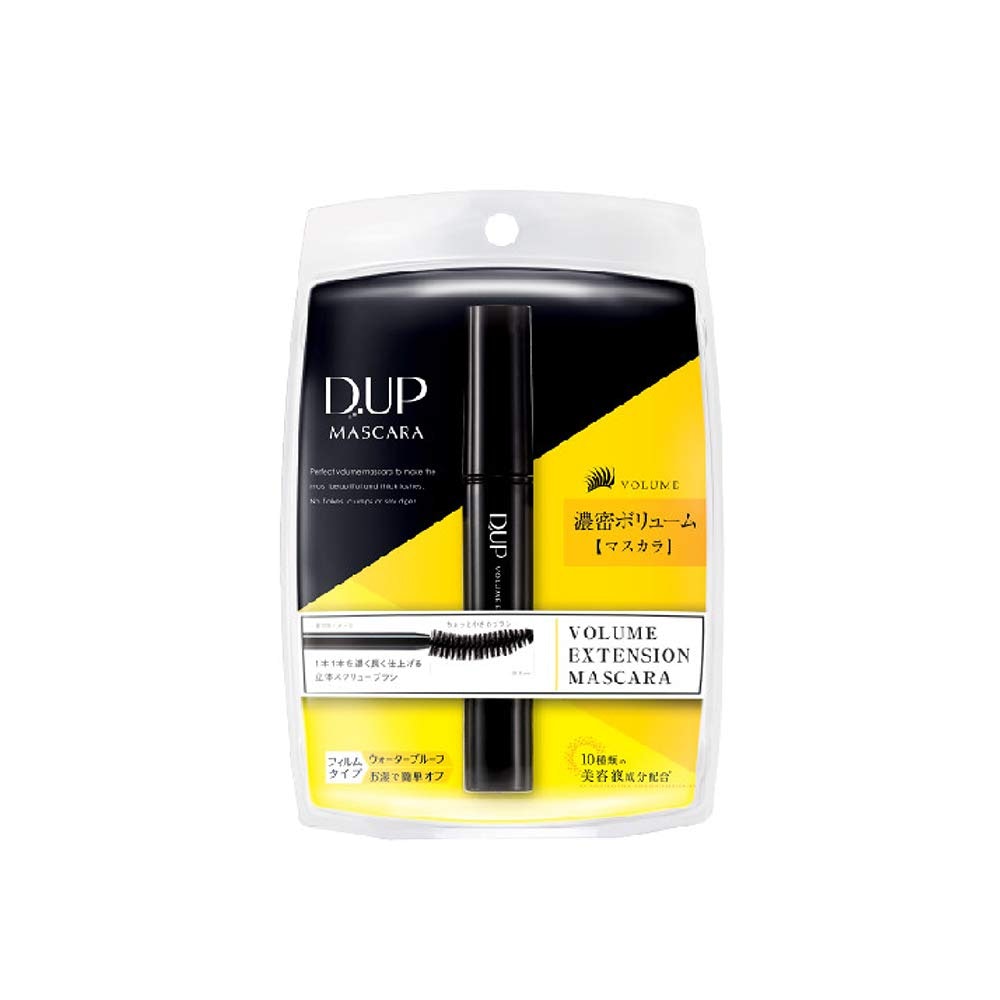 Dee Up Dup’s lengthening mascara is a tubing mascara that also happens to be packed with fibers so it coats your lashes for big volume and length while still being waterproof. It’s also a rare waterproof mascara that is virtually clump-free. The wand coats lashes for a dramatic, buildable look that won’t smudge throughout the day but can also be easily removed when washing your face at night.

What Fans Say: "Found this mascara while traveling in Japan. Does not smudge even during hot yoga and lasts forever. Best find!" 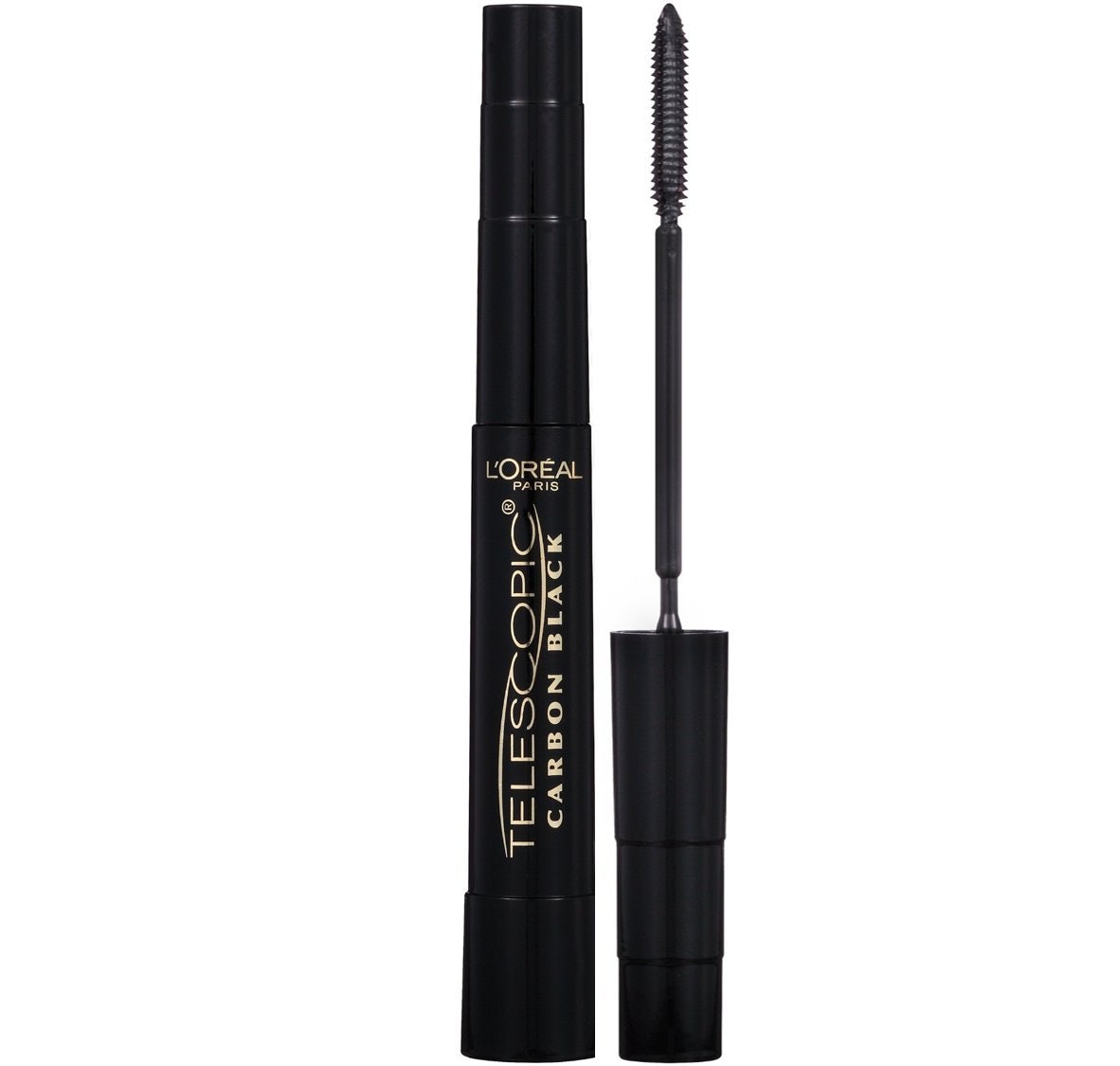 When you want added length and definition, look no further than L’Oréal Paris’ Telescopic mascara, a beloved drugstore staple. The smooth formula applies evenly and clump-free, and the comb-style brush coats and separates lashes as you apply it. While many drugstore mascaras are best suited for more natural-looking lashes, this is a rare find that brings the drama for a fraction of the price of department store brands.

What Fans Say: "I’ve never used a mascara that DOES NOT CLUMP as much as this DOES. NOT. CLUMP. The bristles are magic in terms of coating lashes and brushing them all out evenly and, dare I say, beautifully, and in terms of length, it does the job." 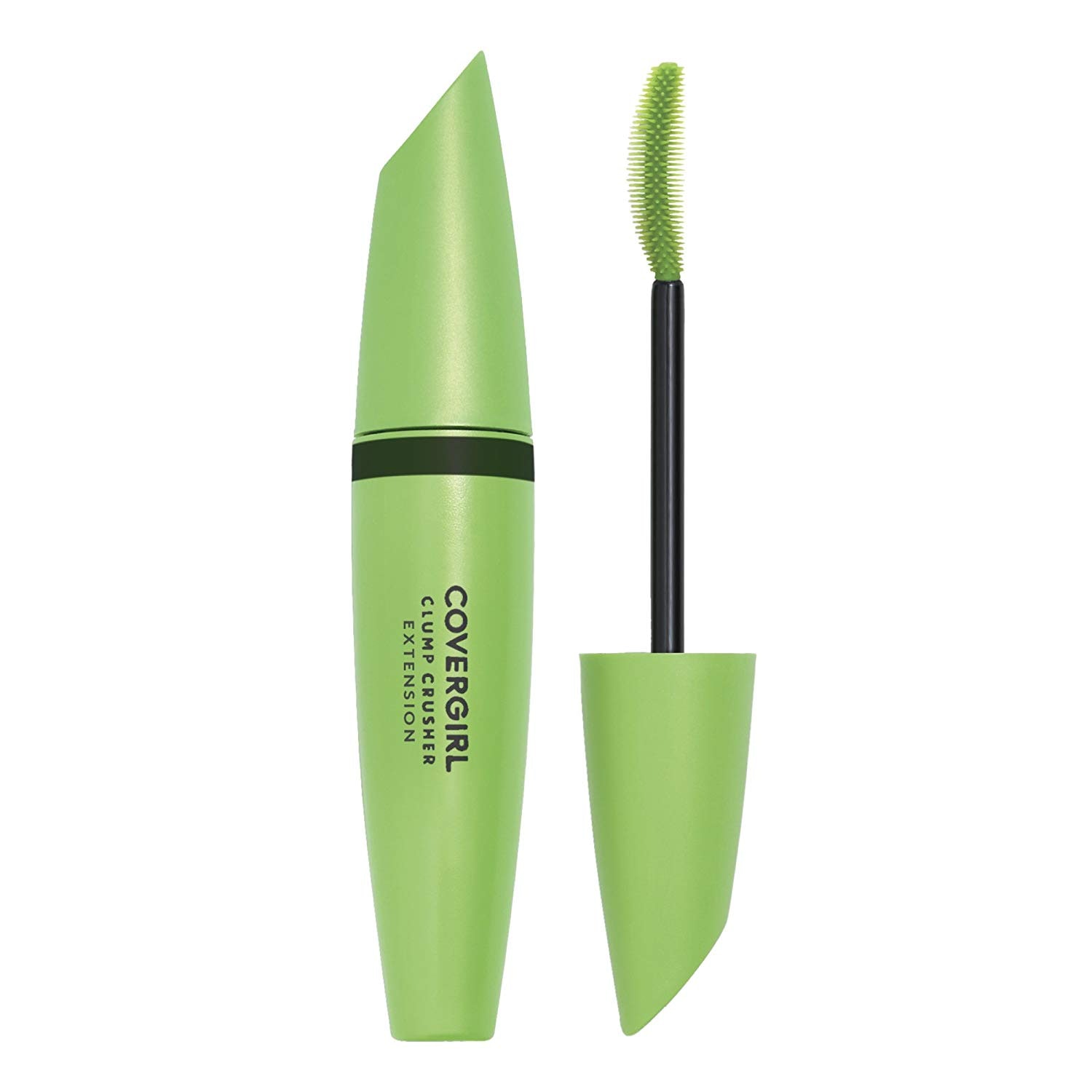 The name says it all. This CoverGirl "clump crusher" mascara has been a favorite of beauty bloggers for years for a reason: The thin, curved plastic wand separates lashes and coats them for a natural, even look. The overall effect is a your-lashes-but-better look that will wear all day without smudging, smearing, or flaking. The thin, molded wand is small enough to coat those tiny bottom lashes as well.

What Fans Say: "I’ve tried roughly 50 different brands of mascara and I always keep coming back to this one. Not because of the formula, but the brush! The brush is hands down the best mascara brush on the market." 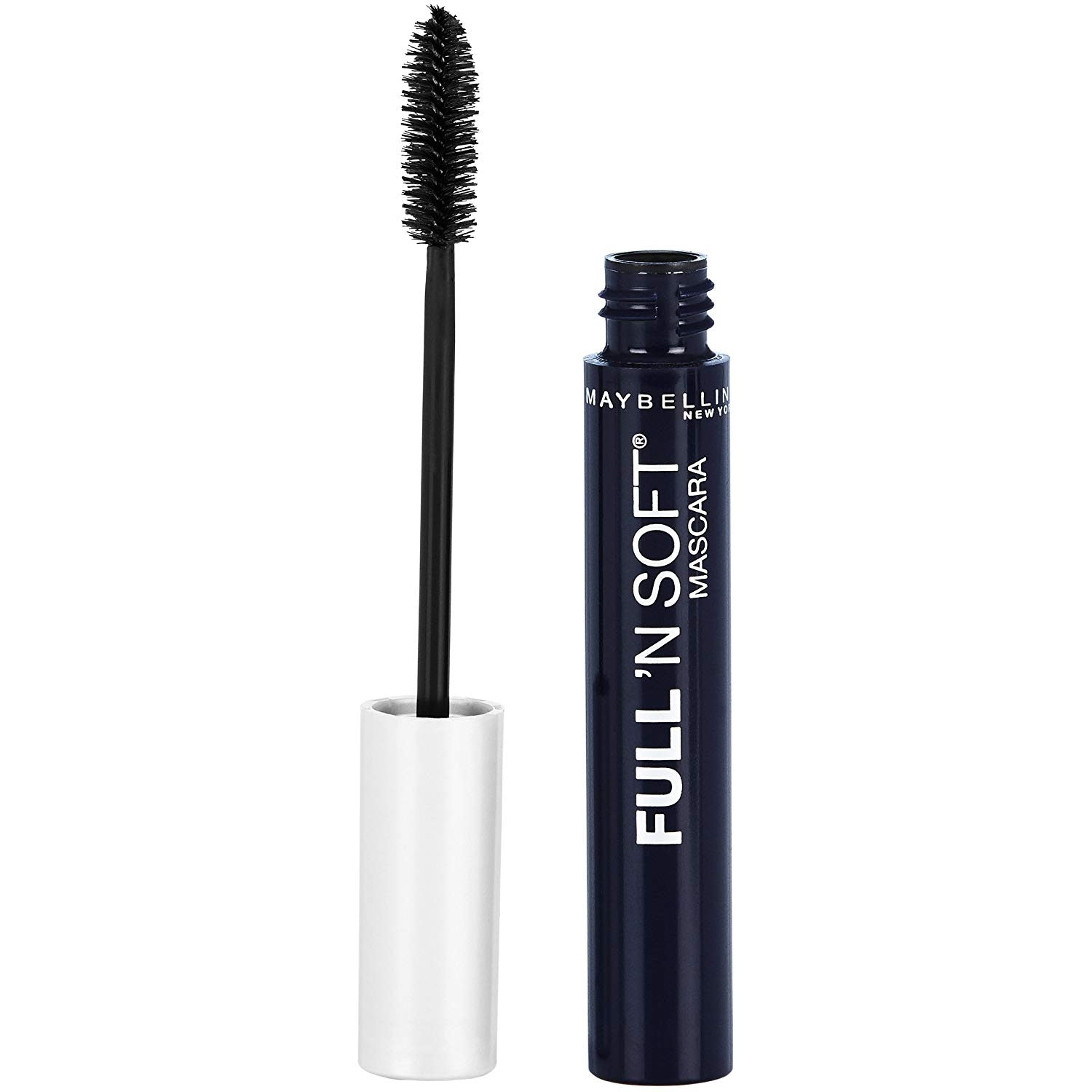 Brittle formulas that clump and flake can also be bad for sensitive eyes. But Maybelline’s Full ‘N Soft mascara is a drugstore favorite for sensitive eyes because the formula is so nourishing. It also has the added benefit of leaving behind separated, naturally full-looking lashes that don’t look clumpy or spidery. Hypoallergenic and safe for contact wearers, it also removes easily and quickly, so you don’t have to scrub your delicate eye area.

What Fans Say: "I have very sensitive eyes and most eyeliners make my eyes water. This mascara causes no irritation, it’s so easy to apply, and it goes on dark and thick with just one coat."

Elite Daily may receive a portion of sales from products purchased from this article, which was created independently from Elite Daily’s editorial and sales departments.