Her Majesty often gives her jewels to other members of the Royal Family to borrow, and one of these is the Greville Ruby Necklace, seen on Kate Middleton in recent years. But what is the history behind the precious piece?

The Greville Ruby Necklace is one of the Queens rarest pieces due to it containing rubies – a gem that is not often worn by members of the Royal Family.

A handful of jewels form part of the Greville Bequest, an Edwardian collection which dates back to the early 1900s.

The diamond and ruby necklace is an example of the romantic style that was growing in popularity when philanthropist Maggie Anderson married Conservative MP Ronnie Greville in 1891. 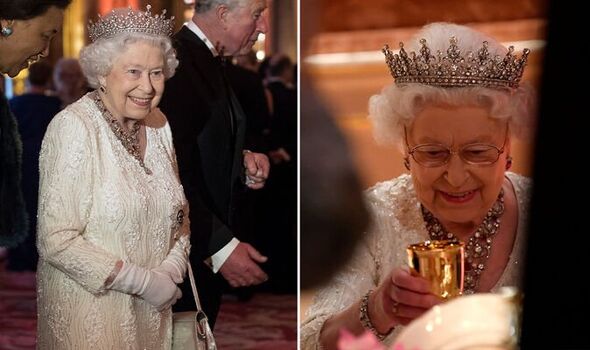 However, the Greville necklace made years later by Boucheron in Paris.

The jewel dates back to 1910, according to the Royal Collection.

Interestingly, Maggie Greville had many of her jewellery pieces updated and altered with the times, but the Greville necklace always remained as it was.

It has a distinctive V-shape and a large pendant drop. It also features tiny diamond flowers, surrounded by blood red rubies. 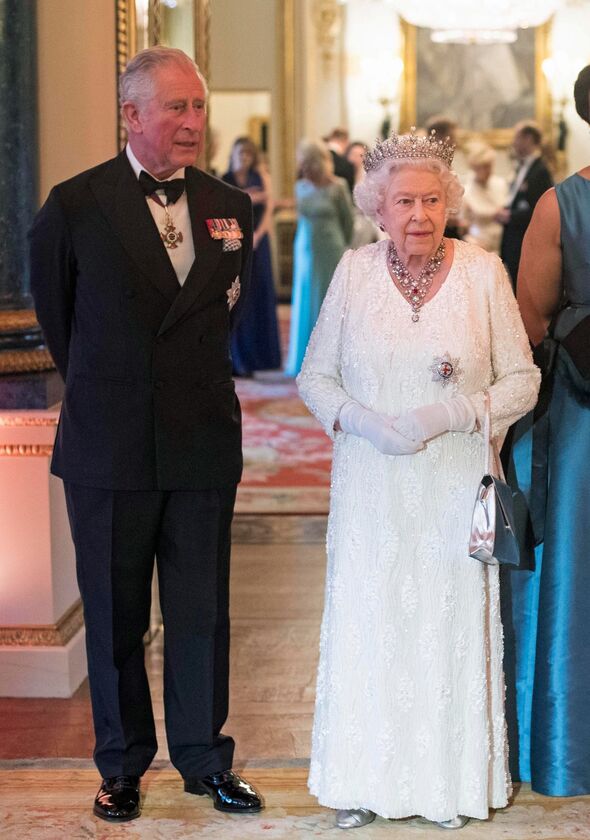 The necklace made its way into the Royal Family when Mrs Greville gifted it to the Queen Mother in 1942.

It was then passed onto Princess Elizabeth in 1947, as a wedding present before she wed Prince Philip.

Although the necklace had never been altered before, Her Majesty decided to make a minor change to it.

She had the piece shortened so it sat closer to her throat, in a style that was popular in the 1940s and 1950s.

After her marriage, Princess Elizabeth wore the necklace often.

She decided to don it for a portrait taken of her and Prince Philip in 1951. In it, Elizabeth wears the Nizam of Hyderabad Tiara, the Bahrain Pearl Drop Earrings, and the Cornwall Rose of York Bracelet.

The rubies of the necklace matched her red lipstick, which stood out against her flawless skin.

The Queen has continued to wear the necklace over the years – choosing to don it again for a formal portrait in 1987. 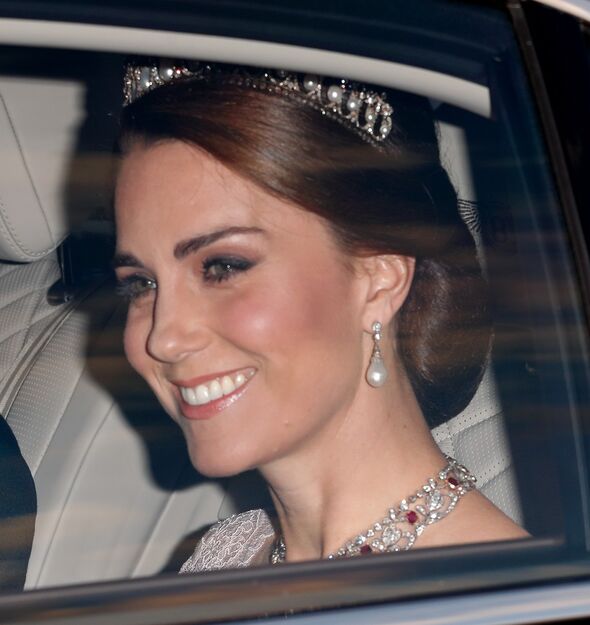 Most recently, Her Majesty was seen wearing the jewel for a Commonwealth Heads of Government Meeting Dinner in London.

She combined the necklace with a shimmering white evening gown, the Girls of Great Britain and Ireland Tiara, and Queen Mary’s Ruby Cluster Earrings.

The earrings matched the tiara as they were large rubies surrounded by smaller diamonds.

Seeing a photograph of Her Majesty wearing the necklace, shared by the Court Jeweller on Instagram, royal fans were quick to comment on the piece.

User @leebtz77 wrote: “Not an easy piece to wear, but those stones are gorgeous.”