Kerry McMillan from Edinburgh debuted the prosecco-dress, which holds 50 glasses of fizz,  on her wedding day. 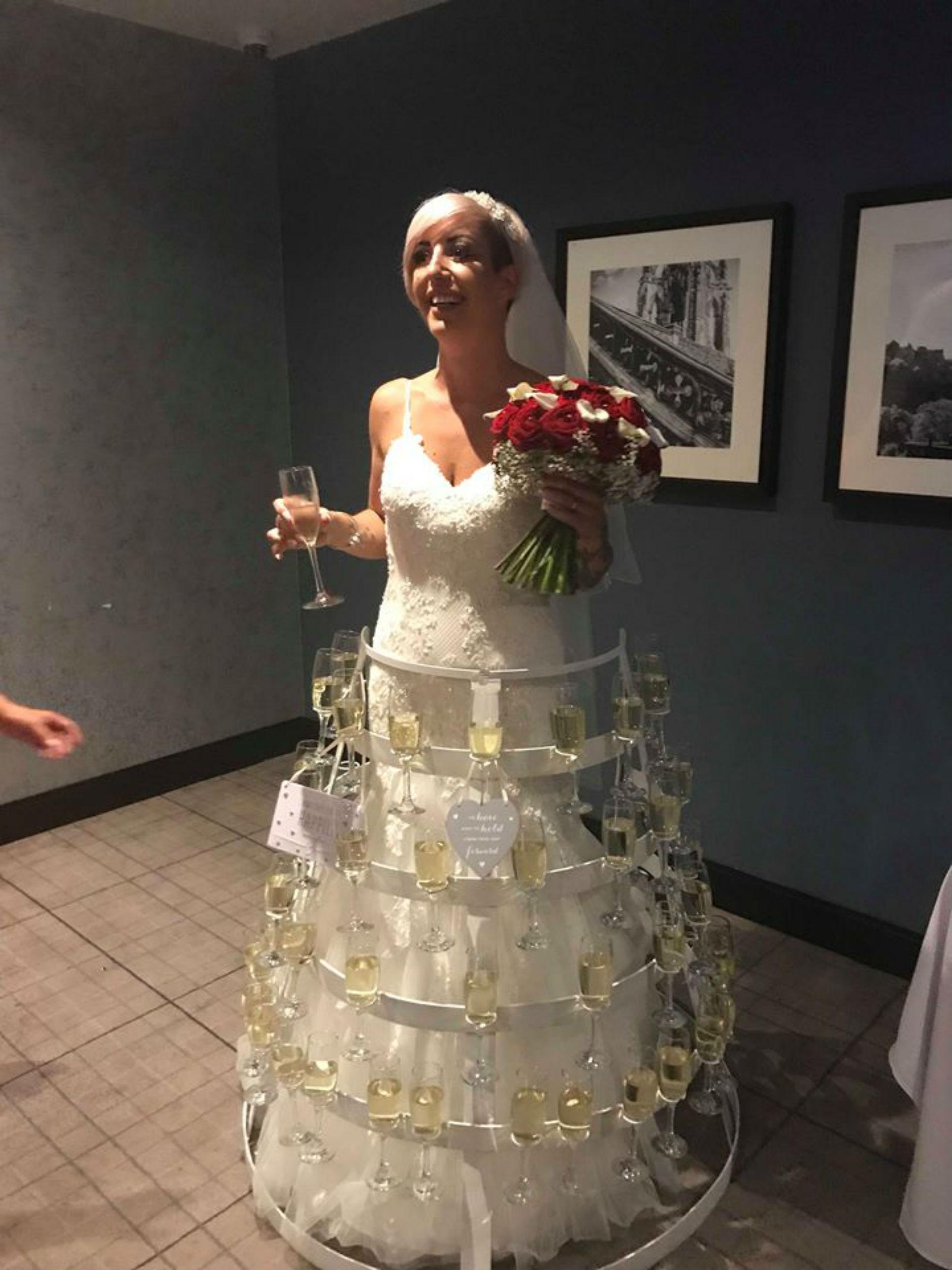 Now she is offering to rent out the custom made frame, which is made from steel and has four rows with hooks to hold the prosecco flutes.

Hair salon owner Kelly, 38, ordered the frame a long time in advance of her wedding from a blacksmith, who at first reckoned that the 'dress' would be a tricky task.

However, he pulled through and turned up with the finished 30kg frame at the wedding reception.

Kelly wore the metal frame over her wedding dress and impressed all of the guests with the creative project. 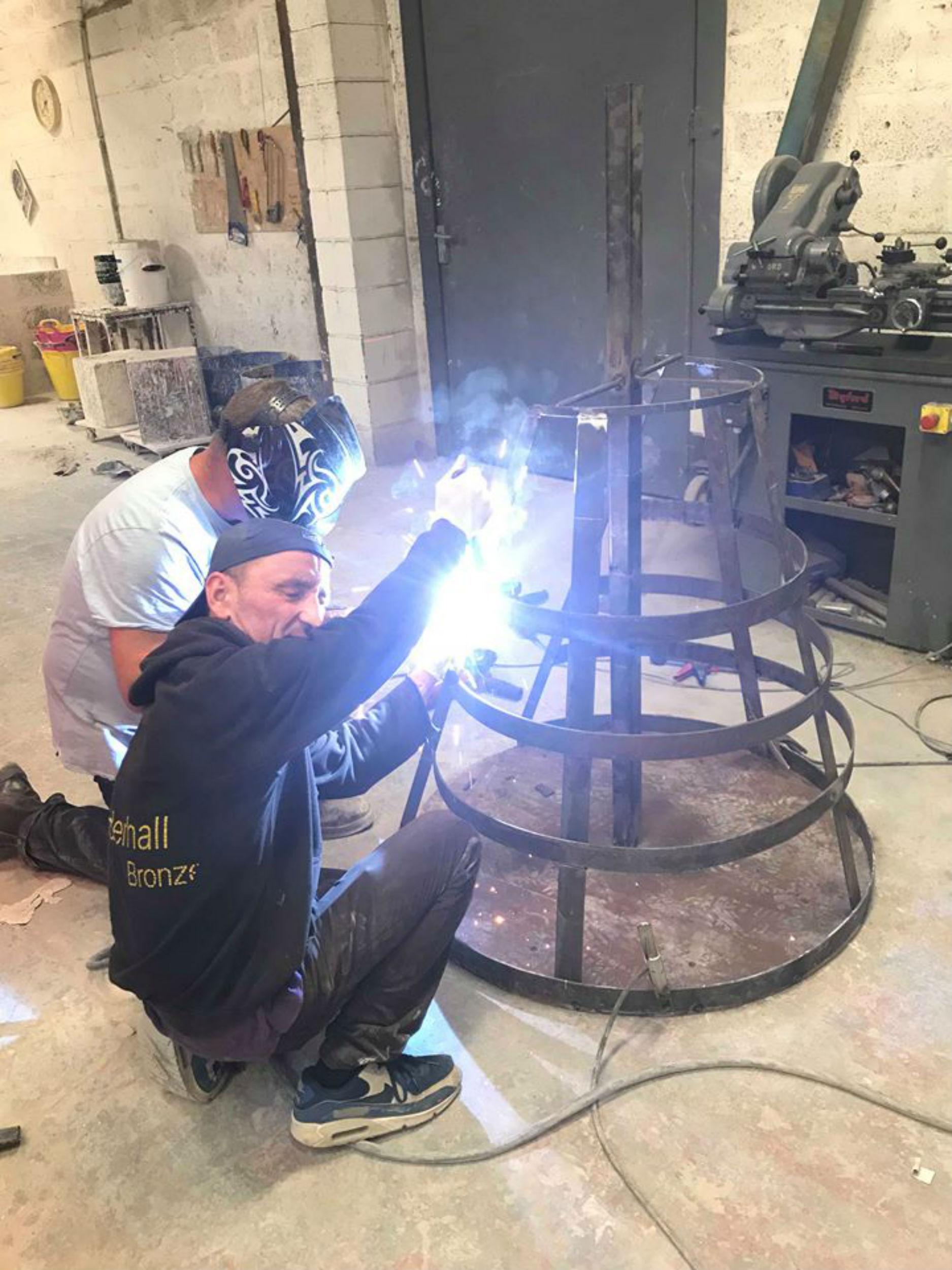 The newlywed said that the idea for the dream dress came from a customer in her hair salon who showed her something similar, and she decided to create her own version.

She said: "It was fantastic, it's much more personal than just sticking a table full of prosecco and letting guests grab one.

"You just stand in it while they grab a glass and you can speak to them."

Guests were amazed by the unique dress, so much so that Kelly decided to rent out the dress to other future brides.

In a bid to give other weddings the same sparkle, she posted on Facebook offering to rent it for the day for £100. 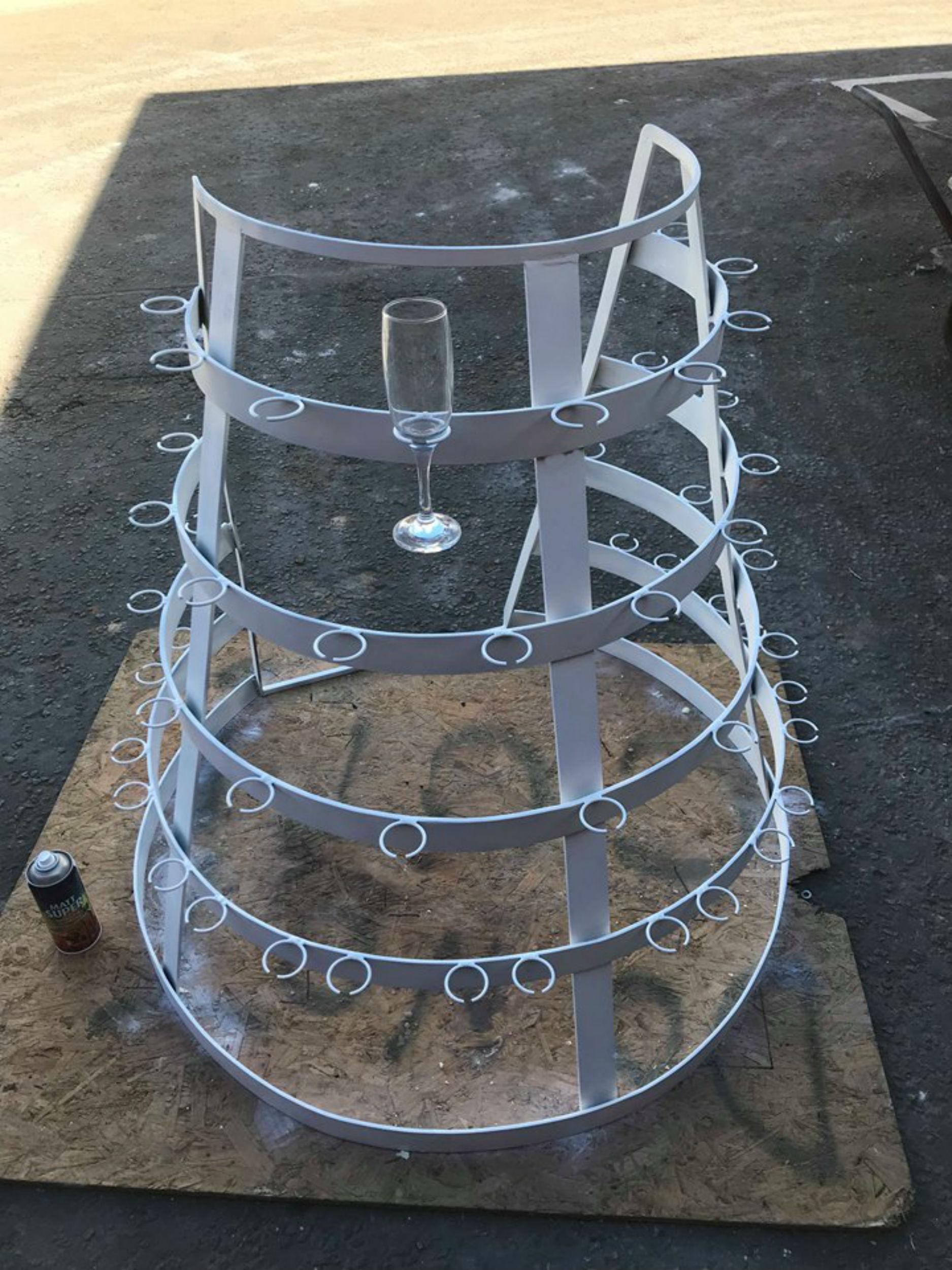 The post was a hit on Facebook with many other women hailing it as the 'dream dress'.

One named Judie called the dress 'brilliant', and another named Brittany couldn't contain her excitement as she commented 'yes yes yes!!!'

If you're after a unique touch for your own upcoming wedding and fancy nabbing a bargain, Primark are selling 'bride squad' pyjamas for only £4.50.

Cards Against Humanity have also hopped aboard the wedding bandwagon and are selling wedding-themed cards!

And in other wedding news, Ant McPartlin's ex-wife Lisa Armstong recently came to a bride's rescue after she was let down by her makeup artist on her wedding day.. and she offered to step in.