IF money were no object, we'd happily redecorate our kids' roomswhenever they develop a new obsession with a TV show, game or collectable toy… which is approximately every five minutes.

But who says a bedroom makeover has to cost a fortune? Because thrifty mum Katie Pearson has demonstrated how you can achieve incredible results on a shoestring.

Before she got stuck in, the walls of her eight-year-old son's bedroom were completely bare.

In order to liven them up a bit, the mum created a statement wall behind his bed using some galaxy-themed wallpaper which she bagged on Litfad.

Above his gaming station, Katie turned to her colleagues at On a Budget to create create an impressive LED cloud – and you can watch the tutorial on their YouTube channel here.

The savvy mum told Fabulous: "The cloud was created using A3 card which was stuck onto the wall and ceiling using command strips for ease of removal.

"Then two sets of led strip lights were arranged and stuck onto the card.

"Once in place polyester stuffing (the same you would use in pillows or cuddly toys) was arranged over the top using spray adhesive to give the cloud effect, adding more stuffing to different areas to give it texture."

The amazing cloud installation is in the far corner of her son's room and lights up blue, green and purple.

To reduce the risk of it overheating, the mum says the LED lights won't be left on for long periods of time or turned on when the room is unattended.

What's more, Katie has also kitted the room out with some extra gaming accessories she bagged on Amazon – including a Fortnite cushion and a galaxy lampshade.

My 8 year old boy is big into his gaming and asked for a galaxy themed room.

In total, the mum estimates that the room transformation only set her back £150 and the finished result is incredible.

And we're clearly not the only ones who have been blown away by the impressive bedroom.

The post racked up over 1,500 "likes" from other members of the Facebook group – and people in the comments said it inspired them to do something similar in their homes.

"Clever idea with the cloud," one gushed. "Looks really effective."

"This is unreal," another added.

And while a third said her son must be chuffed to pieces, Katie wrote: "He [loves it], I can't get him out of there." 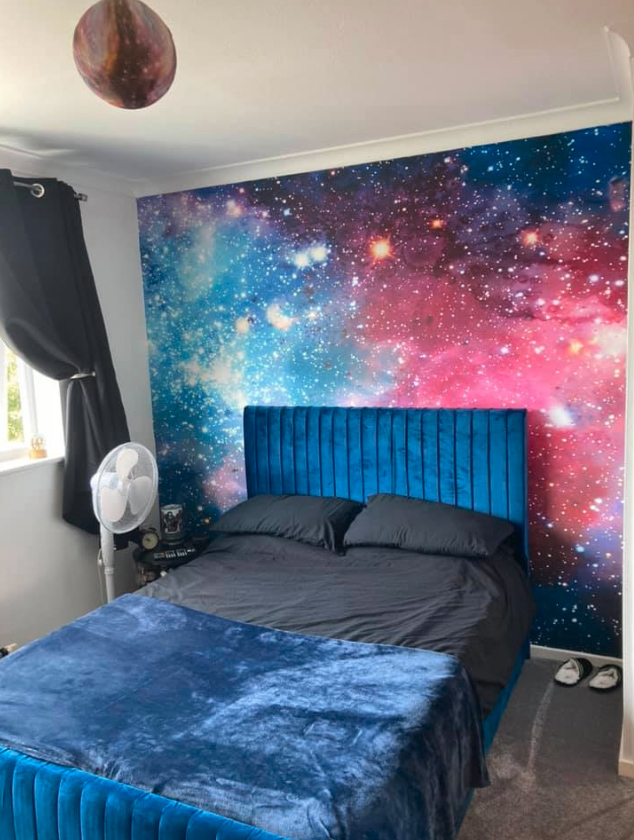 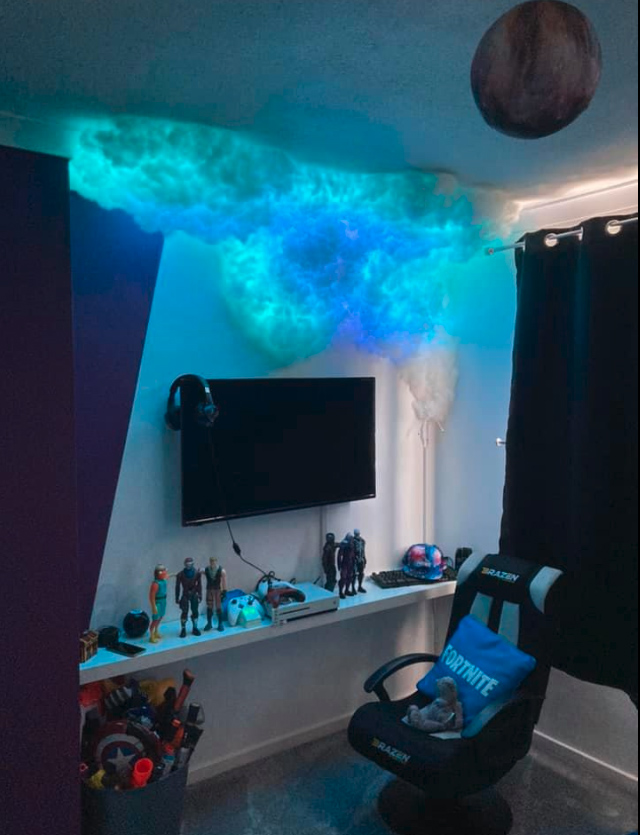 You can pre-order DIY on a Budget: The Very Best Tried-and-Tested Ideas for your Home here.

Plus this mum completely transformed ‘old-fashioned’ 1930s home with Homebase & eBay bargains – and it’s added £100k to its value.