A WOMAN was left thoroughly freaked out after she received a text from a “creep” who had overheard her giving her number out.

Ally Hope took to TikTok where she shared a screenshot of the message she had received from a bloke named “Jack.” 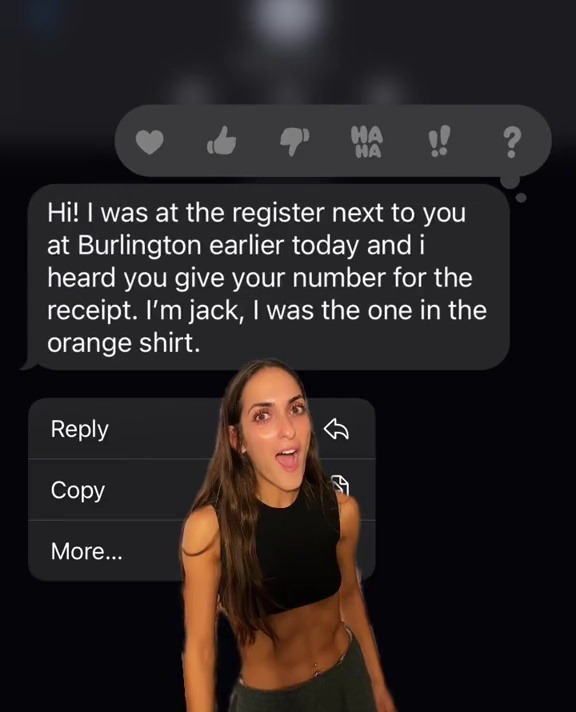 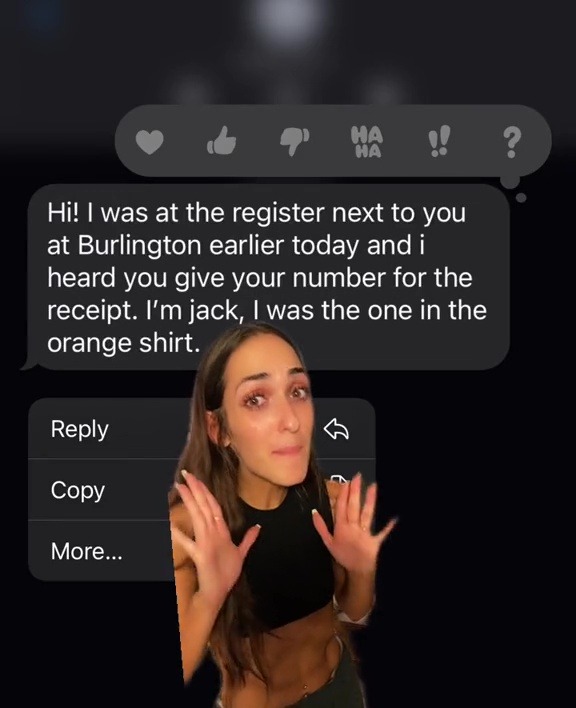 Ally had been shopping for a new coat and needed to leave her phone number for an electronic receipt – but she had no idea that someone was listening in.

The message shared by Ally, read: “Hi! I was at the register next to you at Burlington earlier today and I heard you give your number for the receipt.

Captioning her video, Ally wrote: “Not only does Burlington have coats, they also have creeps 🙂 2 for 1 deal.”

The video has since received almost 5,000 views with Ally’s followers left equally unsettled by her experience.

Commenting, one wrote: “The reason I hate when places ask for my number.

“I’m always paranoid that someone would do this AND THEY DID! Stay safe girl.”

“This is DANGEROUS what the actual,” agreed another, while a third wrote, “Boy probably thought he was being so smooth with this too.”

In other news, this woman slammed the 'creepy' bloke who accidentally text her.

And this woman was stunned after she texted a builder to ask why he walked out halfway through a job and received a very creepy reply.

Plus these are the most awkward texts ever prove why a call is best… from one bloke’s brutal booze fail to a cringy romance revelation.