The Backstreet Boys were forced to cancel a gig in the United States after a storm injured at least 14 of their fans.

The boyband were due to perform at WinStar World Casino and Resort in Oklahoma before a serious storm hit and fans waiting at the venue suffered injuries when high winds knocked down structures.

A spokesperson for the venue told Entertainment Tonight that everyone at the venue had been warned to evacuate before the concert began, but that some had not heeded the warning. 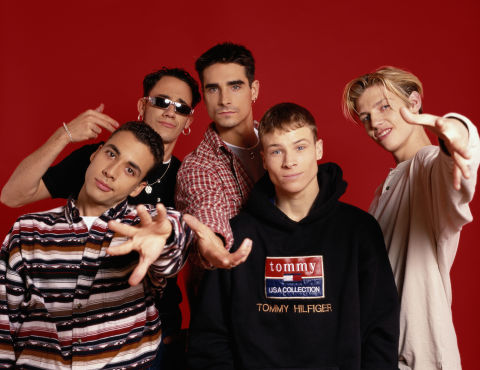 “At 5pm, WinStar World Casino and Resort officials began evacuation of the outdoor concert venue after observing that lightning was within four miles of the casino,” they said.

“All patrons in the area were asked to move and to seek shelter from the storm. However, about 150 patrons who were standing in line for the Backstreet Boys concert did not heed staff’s warnings.

“At approximately 5:30 p.m., the storm hit and knocked over the concert entrance trusses with 70-80 mile an hour winds and heavy rain. 14 people were treated at the scene and then transported to local hospitals.”

The band, who rose to fame in the 90s, tweeted to confirm that the show had been cancelled, saying they “never want to put our fans in harm’s way”.

Individual members of the band also tweeted their best wishes to their fans, with Nick Carter writing: “Waiting and praying for our fans that were injured” and Howie Dorough saying: “So sad as I was really excited for us to rock Oklahoma tonight … Hope everyone’s ok and safe.”

Thankfully for fans the band have promised to return and perform the show, with Brian Littrell saying: “Personal sorry…. weather wasn’t our friend tonight…. keep your tics cause Backstreet will be Back”.