Home » Music » Dolly Parton Miley Cyrus: Have Dolly and Miley sung together? ‘One of my favourites’

Dolly Parton was asked to be the godmother of Miley Cyrus by her father, Billy Ray Cyrus. Billy Ray toured with Dolly in the 1990s, when Miley was born. Since then Miley has found her own way in the music industry, but have Dolly and Miley sung together?

Dolly Parton and Miley Cyrus have sung together a number of times, but usually on Dolly’s songs.

An early performance of theirs was in 2010 when Dolly brought Miley on stage to sing Jolene with her on the Hallmark Channel’s 25 Years of Dollywood.

This performance took place at Dollywood theme park in Tennessee and was filmed in front of a live audience, quickly becoming a sensation on YouTube.

A few years later, in 2016, Miley sang the song with her godmother once again, this time also with a capella group Pentatonix. 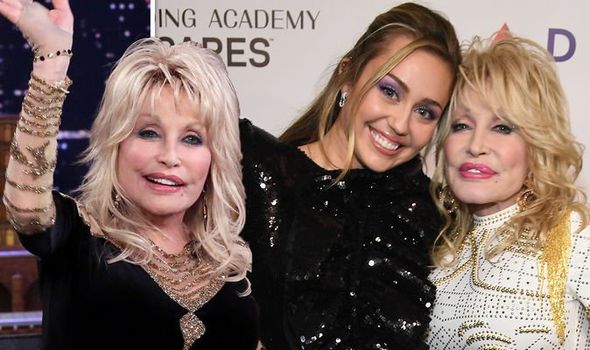 We will use your email address only for sending you newsletters. Please see our Privacy Notice for details of your data protection rights. Dolly Parton family: Did Dolly Parton want to have children?

This was part of Miley’s stint as a judge on The Voice and also became an internet sensation.

In 2019, Dolly was honoured at the Grammy Awards and many singers were brought on stage to perform with her, with big names such as Katy Perry and Kacey Musgraves.

One of these was Miley, and together they performed their favourite duet, Jolene.

Miley has also sung the song many times on her own, but now, the pair have a new song to sing together every year. 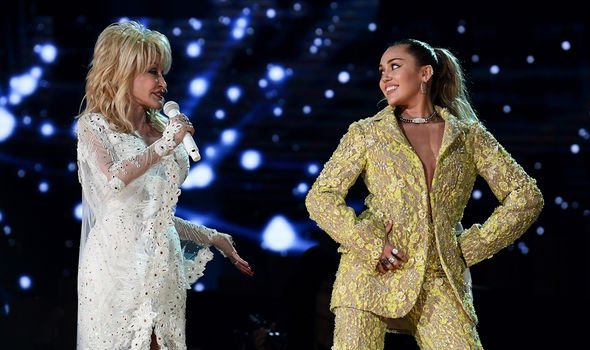 Dolly and Miley have teamed up for Dolly’s new Christmas album, Holly Dolly Christmas, on which the singers perform Christmas Is together.

Speaking about this performance and the album to Marie Claire for her special Christmas cover edition, Dolly said: “My little goddaughter. That’s one of my favourite songs too. It’s a song I wrote called ‘Christmas Is.’

“But, yeah, we’ve just had such a wonderful array of stars and such a good time working on it.

“We weren’t able to get in the studio all at the same time. 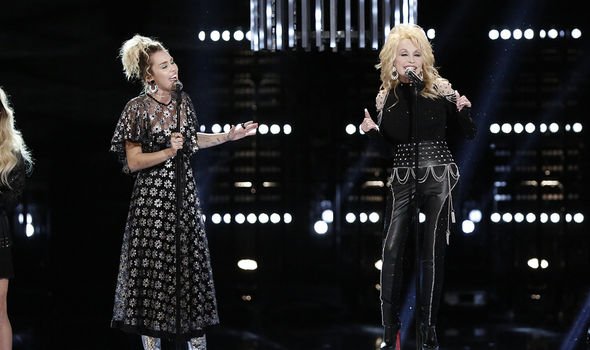 “We had to do it like everybody’s doing it now anyway, recording music. You just put your part down, send all the files to somebody else.

“But it worked out really well, and I really like all the songs.”

Dolly had nothing but praise for her goddaughter, though she admitted she hasn’t seen some of her recent work.

She said: “I’ve been so busy working, but I love Miley. I think she’s great.

“She’s out there, and I love that she takes her chances. 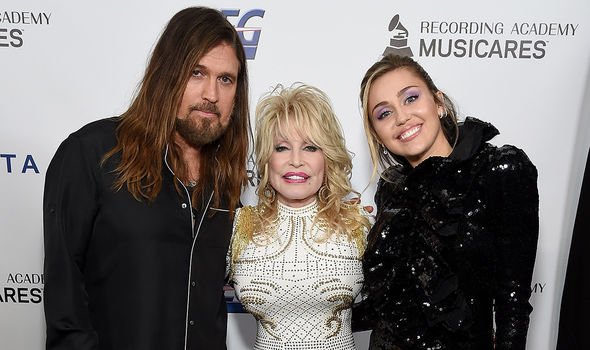 “I love that she’s true to herself and that she’s willing to try new things and do whatever.

“Well, more than ever before, it is so clear that this girl is such a superstar.”

For Dolly, she knew Miley would be a star from the moment she saw her perform in Hannah Montana, though Miley was writing her own songs and performing in private as well.

Dolly added: “I never needed to be that wild. But I think it’s fine for her. I’m kind of wild in my own way…

“We all need to be true to ourselves, and I think that’s what she’s doing. I think that’s the key to everybody’s success as a human being and as an entertainer.

“You have to know what your talents are, what your limits are. But I think you have to be brave enough to try…

“She will get out there and get on that tightrope without a net underneath her. But how else are you going to know? She’ll take those chances. And I take chances too.

“We just do it in a different way. But I do think she’s a pro. I just think she’s so talented, and she’s beautiful.”

Billy Ray likely made a good decision in choosing Dolly to be Miley’s guide in the music industry, which certainly has proved a challenge for many artists before her.