Exo singer Chen has announced that he is getting married to his girlfriend, who is also pregnant with their child.

Chen, whose real name is Kim Jong-dae, revealed his plans for marriage in a handwritten letter to his fans.

He wrote in the letter that he didn’t know how to start because he was feeling nervous. He explained that he has a girlfriend that he wants to spend the rest of his life with and that he wanted to tell his fans first.

He had wanted to announce the news earlier because he did not want it to come suddenly as a surprise to his fans and he’d been discussing the announcement with his agency, SM Entertainment, and his EXO band members.

Chen also wrote that he had also been concerned “about the situations that would arise” due to his decision but while he was trying to make up his mind when to make the announcement, an unexpected blessing came his way that gave him the courage to come out and make the announcement immediately.

The “blessing” appears to be a hint at his fiancee’s pregnancy.

He ended the letter by thanking his band-mates and fans for their love and support.

Below is an image of the handwritten letter as well as an English translation.

The statement by SM Entertainment explained that Chen had “met someone precious to him” and that he would be getting married. The statement went on to explain that the mystery girlfriend is a non-celebrity and the wedding would be a private ceremony attended only by family members.

Soompi reported that SM Entertainment also confirmed that Chen’s fiancee is pregnant but declined to share details about her identity or how far along she is “because she is a non-celebrity.”

Some sources claimed that Chen was already married and that his fiancee was seventh months pregnant, but SM Entertainment has denied the claim.

As well, Chen warned his fans on Instagram not to believe any reports about him unless they come from an official source. 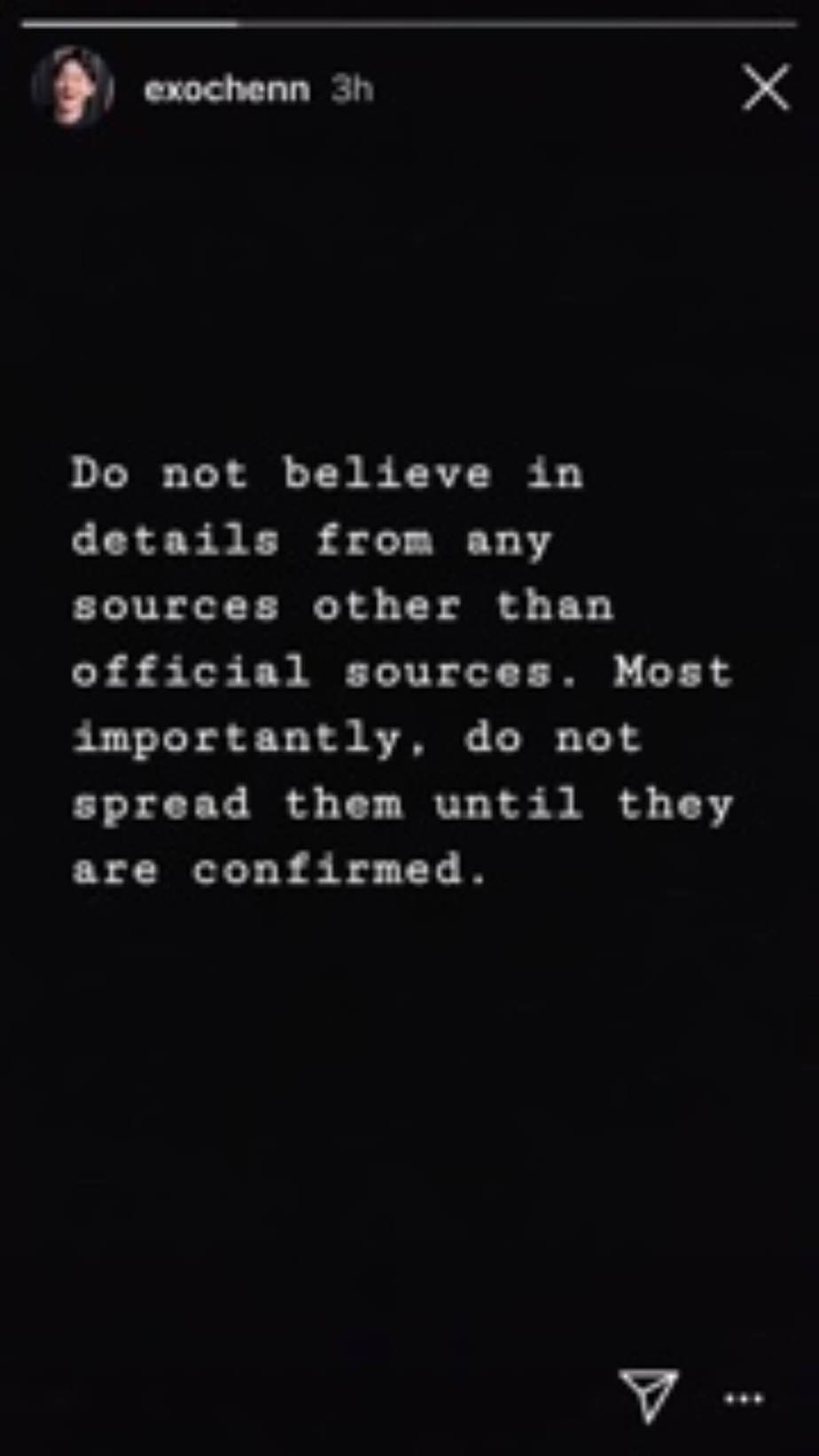 Fans took to social media after the news broke to post congratulatory messages. They also posted jokes about the surprise announcement.

Some fans reacted to negative comments by some Twitter users.

Chen is a member of Exo, a popular Seoul-based South K-Pop boy band. The other members of the group include Xiumin, Suho, Lay, Baekhyun, Chanyeol, D.O., Kai, and Sehun.