As much as she was an actor and singer she was also an artefact of an era. Like an exquisite piece of art deco glass, Marlene Dietrich simultaneously epitomised the 1930s and was timeless. That quality, missing in the first half of Jennifer Ward-Lealand's tribute, luxuriantly filled Act Two, transforming a capable show into an exceptional one. 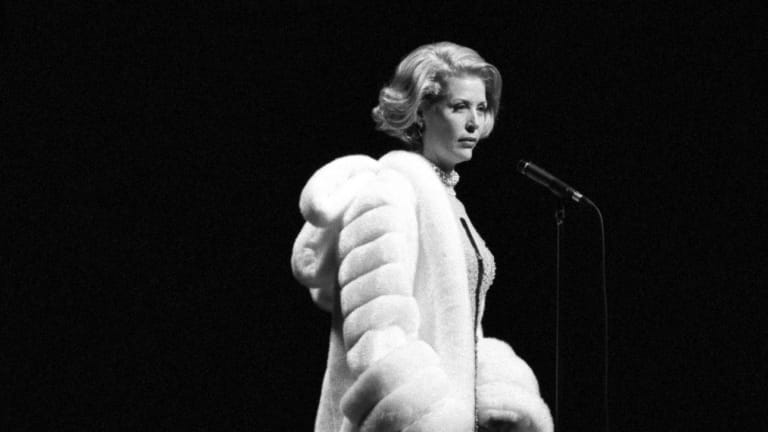 Nonetheless Ward-Lealand infused My Blue Heaven with ample charm, You Do Something to Me with singular elan, and The Laziest Gal in Town with lively humour.

Dietrich made supreme use of a modest voice, and no doubt Ward-Lealand reined in her own singing powers significantly to portray her. Given the eerie accuracy of her mimicry of Dietrich's speaking voice, her singing impersonation was closest when incorporating half-spoken lines, as on One for My Baby (and One More for the Road).

In Act Two she turned the show on its head. Honeysuckle Rose was so wicked one expected a vice squad raid, and she tossed out a seductive Makin​' Whoopee like a sweet treat.

Then Don't Ask Me Why (in German) was suddenly desperately sad, yet still restrained and understated a la Dietrich. Even better was the perfect phrasing of each line and weighting of each word in I've Grown Accustomed to Her Face.

Now she was performing on a level to rival the great Ute Lemper​, and even from only two metres away was lancing you on the truth of every word. Best of all was White Grass, with the refrain of "The War is over/seems we won" followed by a "hooray" of bitter irony.

Beyond the early inconsistency, the show was compromised by the accompaniment (pianist Grant Winterburn and bassist Aaron Coddel​) being mixed too prominently and playing too vigorously to meld with the gently whispered words of longing and loss.