In February 1968, John Lennon and The Beatles traveled to Rishikesh, India, for a retreat organized by Maharishi Mahesh Yogi, the leader of the Transcendental Meditation movement. The group had heard the guru speak twice and left both events mesmerized.

However, The Beatles’ stay in India was completely different. It became a media frenzy, but the group and other celebrities found peace within the ashram bubble. They learned about meditation, quit drugs, and experienced one of their most creative periods, writing about 48 songs.

When The Beatles arrived, they ate, meditated, slept, and occasionally listened to Maharishi speak, day after day. Although, there was time for one quick helicopter ride that John thought would give him the answer.

In his book With the Beatles, Lewis Lapham recalled (per Rolling Stone) Maharishi gazing at a helicopter “like a child looking at an enormous complicated toy.” The guru needed the chopper to take him to New Delhi one day, as Paul McCartney recalled in Barry Miles’ Many Years From Now (per Beatles Bible).

“One day Maharishi needed to get to New Delhi and back for something, so someone suggested a helicopter,” Paul said. “When it arrived we all trooped down, a bouncing line of devotees, coming down a narrow dusty track to the Ganges, singing, being delightful. Very like the Hare Krishnas, marvelous, chatting away.

“We got down to the Ganges, the helicopter landed and then they asked, ‘Does anyone want a quick go before Maharishi takes off?’ John jumped up. ‘Yea, yea, yeah, yeah!’ John got there first, and there was only room for one.”

Later, Paul asked John why he wanted to go up with the guru so bad. John’s answer was as witty as ever.

“So later I asked John, ‘Why were you so keen? You really wanted to get in that helicopter.’ ‘Yeah,’ he said. ‘I thought he might slip me the answer!’ Which is very revealing about John. I suppose everyone is always looking for the Holy Grail.”

Paul continued, “I think John thought he might find it. I think it shows an innocence really, a naivety. It’s quite touching really.”

So, John was hoping Maharishi would tell him the secrets of the universe. The guru didn’t divulge anything. However, John quickly saw evidence that Maharishi didn’t know a thing. 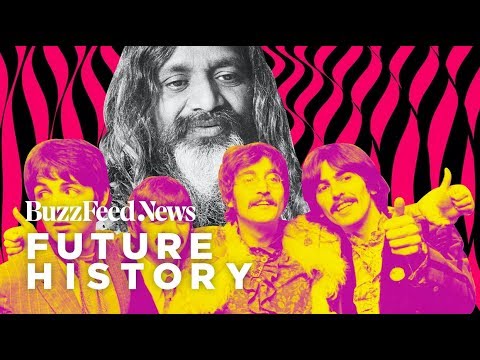 While on their trip, “Magic” Alex Mardas, an inventor and Apple Corps employee, convinced The Beatles that Maharishi had been acting inappropriately toward certain women in the camp. John was so upset that he confronted the guru and promptly left the ashram.

John Lennon’s wife, Cynthia, recalled it in her book John (per Beatles Bible). “A couple of weeks before we were due to leave, Magic Alex accused the Maharishi of behaving improperly with a young American girl, who was a fellow student. Without allowing the Maharishi an opportunity to defend himself, John and George chose to believe Alex and decided we must all leave.”

Cynthia was upset because she’d seen Alex with the girl and wondered if it was him who was being mischievous. She was surprised that John and George believed him.

“It was only when John and I talked later that he told me he had begun to feel disenchanted with the Maharishi’s behavior,” she wrote. “He felt that, for a spiritual man, the Maharishi had too much interest in public recognition, celebrities and money.”

John confronted the guru. He told Rolling Stone (per Beatles Bible), “We went down to him and we’d stayed up all night discussing, was it true or not true.”

“I was the spokesman – as usual, when the dirty work came, I actually had to be leader, whatever the scene was, when it came to the nitty gritty I had to do the speaking. And I said, ‘We’re leaving.’

“‘Why?’ Hee-hee, all that s***. And I said, ‘Well if you’re so cosmic, you’ll know why.’ He was always intimating, and there were all his right hand men intimating that he did miracles. He said, ‘I don’t know why, you must tell me.’

“And I just kept saying, ‘You know why’ – and he gave me a look like, ‘I’ll kill you, bastard,’ he gave me such a look, and I knew then when he looked at me, because I’d called his bluff. And I was a bit rough to him.”

After that, John promptly fled India. He wrote “Maharishi,” which he renamed “Sexy Sadie” at George’s advisement. 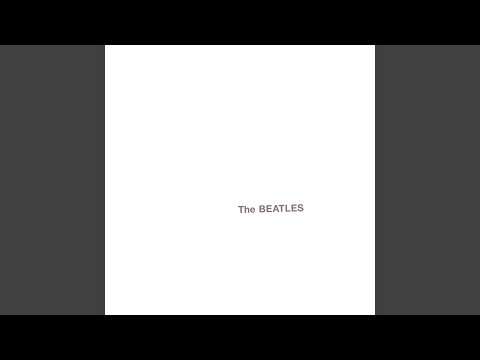 Strange things happened to the Beatles while he was meditating

Before he left India, John dedicated a lot of time to his meditation, along with George. Although, he may have gone too far. Strange things started happening when he meditated for a couple of days.

In The Beatles Anthology, John said, “I was in a room for five days meditating. I wrote hundreds of songs. I couldn’t sleep and I was hallucinating like crazy, having dreams where you could smell. I’d do a few hours and you’d trip off, three- or four-hour stretches. It was just a way of getting there, and you could go on amazing trips.”

In Bob Spitz’s The Beatles, Cynthia said that John cared a lot about mediation. She added, “John and George were [finally] in their element [at the ashram]. They threw themselves totally into the Maharishi’s teachings, were happy, relaxed and above all found a piece of mind that had been denied them for so long.”

That relaxation ended when John heard the rumors about Maharishi. While The Beatles’ trip to India was eventful, it did afford them the time to rest, focus on their wellbeing, and write songs. When the band returned, they recorded The White Album.

John might not have gotten the answer, and he might have left India feeling fooled by Maharishi, but at least he left with a ton of songs in his pocket.

How to get help: If you or someone you know has been sexually abused, text HOME to the Crisis Text Line at 741741 for free and confidential support.