Home » Music » Laura Jean review: Drawn into a flood of vision and meaning 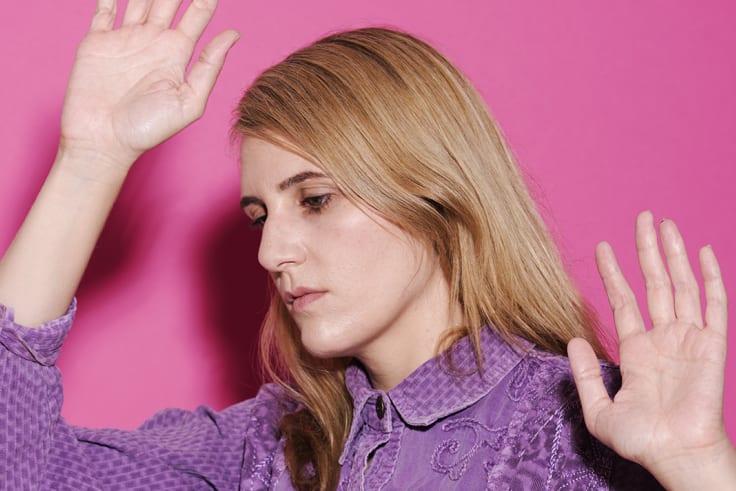 Laura Jean draws you very close in her live shows.

On Saturday morning folk-pop musician Laura Jean is on TV hosting Rage. “Remember your tribe is out there,” she says, closing the show. “Waiting to embrace you.” Jean’s own tribe surrounds her later as she launches her new album, Devotion.

Her mum and dad are there, her sister Erica doubles as dancer and back-up singer, and after a few doses of Jean’s cheeky-bastard banter, the stiff room is loose and everyone else is in the tribe, too.

A full band is squeezed on the gallery bar stage with boys to the back (drums and guitars) and girls to the front on synthesiser, saxophone (Jean plays both) and dancing.

Jean’s magic trick on her fifth album was writing singles with strikes of rawness and immediacy that hit hard because you were dancing and singing along. As opposed to her earlier folk songs when you were waiting for it.

Her magic trick live, however, hasn’t changed: she draws you very close and sings in a way that makes single lines flood with vision and meaning, even if they washed right over you before.

When she asks us to sing back “10am, R&B”, for example, during Girls On The TV, her power of lyrical distillation is evident. In just two words you feel the suburban carpet underfoot as you watched music videos as a kid. You remember the fascination, the dreaminess, the long day ahead when the TV was turned off.

Similarly, on Press Play, when she talk-sings “I sat behind you on the bus yesterday/You were staring out the window,” it’s not night-time any more, and the walls are gone, because we’re up, out and back in time to the same bus Jean is on. Her ability to transport is why well-lit venues don’t suit her shows, though, and this one could be a lot darker.

Because Jean sings about her sister – “’cos I was born to sing/And she was born to dance” – having Erica here, dancing, begins as feelgood fun.

But as the show progresses, with Erica goofing off with co-dancer, Tahlia Eastman, both dressed comfortably in trackies, crop tops and sneakers, you realise they may be on stage but they’re not dancing for us.

They’re great dancers, and we enjoy watching their bodies move, so it’s received as performance but it’s not necessarily extended as one. They dance how you’d dance alone in your room or maybe drunk with friends in a messy living room.

It brings new meaning to the phrase bedroom pop – not the output a lone wolf lo-fi producer but a genre that isolates and owns the freedom and confidence of those intimate spaces.