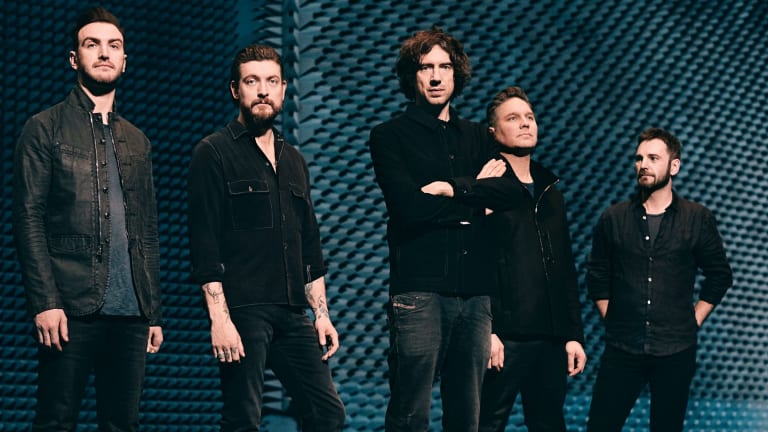 Snow Patrol, a Northern Irish indie-gone-mainstream five-piece, soundtracked a lot of lives in the mid-2000s and the crowd treated them like family on this night.

During opener Chocolate, Gary Lightbody, the most approachable frontman of a global band you could hope to see, cheerfully read out a note dropped at his feet and the stage was soon festooned with messages on bits of paper – meaning between the soaring rock anthems we also got a chat show as he worked his way through them.

(Lightbody even read out one bloke's marriage proposal. It was the kind of loved-up night where she was always going to say yes.)

The music only added to the kinship in the room. Lightbody is a writer of straightforward sentiment and what can seem pedestrian on record became powerful communication.

The likes of Run, Open Your Eyes, Crack the Shutters and Belfast tribute Take Back the City swept up the crowd in their theme of adversity overcome, the verses building tension with tight down-strums before ceding to choruses made for throwing arms aloft.

The material from this year's Wildness album was darker and arguably more powerful. Lightbody didn't mention the battle with depression he endured in the seven years since the last Snow Patrol record but the scars were audible on Don't Give In and the fatalistic Life on Earth.

It was going to take something special to upstage Chasing Cars, the enormous romantic hit from 2006 that closed the set and that seemed to have everybody in the venue swaying and embracing as one. Backed only with a keyboard and Lightbody's most soulful singing all night, What If… did just that.

From a band not short of instantly relatable, memorable songs, that one sounded like it will be closing Snow Patrol shows for a long time to come.