Dolly Parton is one of the most famous faces in the world and it comes as no surprise after her long career of storytelling. The Grammy award-winner has written many famous hits, including “Jolene,” “9 to 5” and “Islands In The Stream” to name a few, and she was inducted into the Songwriters Hall of Fame in 2001 after being acknowledged for penning more than 700 songs.

“All of those little pieces of your past, they’re all important. That’s why I’m so thankful I can write songs. I can capture all those memories in my songs and keep those memories alive,” Parton told Lit Hub in 2020. However, Parton does not limit herself to just writing songs, as she is also an author. As noted on her official website, Parton has written multiple children books, some of which include “I Am a Rainbow” and “Coat of Many Colors.” Most recently, Parton released “Dolly Parton, Songteller: My Life in Lyrics,” in 2020, a book that celebrates her life in music. With that being said, Parton has announced she will be dropping her first-ever novel. Keep reading to find out more. 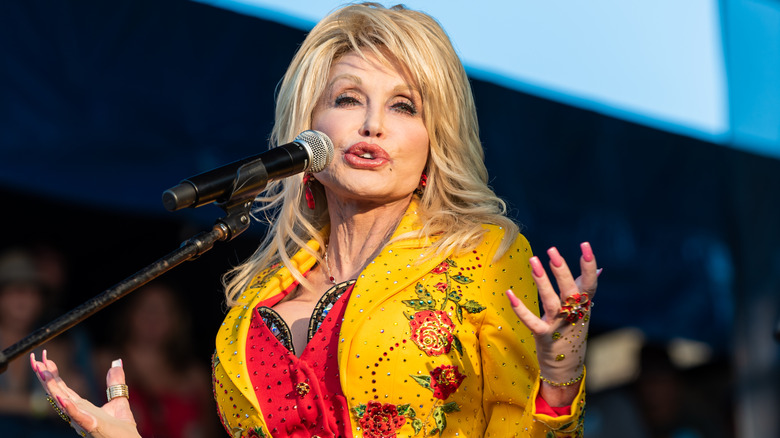 With such a long and iconic career, the next step for country legend Dolly Parton is to release her first novel. Titled “Run, Rose, Run,” the book was co-written with author James Patterson. Not only that, the “I Will Always Love You” hitmaker will also release a new album alongside the project.

“All-new songs were written based on the characters and situations in the book,” Parton said, per Music News. “I hope you enjoy the book and the songs as much as we’ve enjoyed putting it all together.” As noted by Music News, Patterson also has an impressive résumé, as he has sold more than 300 million copies of his own novels and written two books with former president Bill Clinton. “It’s an honor — and a hell of a lot of fun — to work with the inimitable Dolly Parton, whom I’ve long admired for her music, her storytelling, and her enormous generosity,” he said, adding, “The mind-blowing thing about this project is that reading the novel is enhanced by listening to the album and vice versa. It’s a really unique experience that I know readers [and listeners] will love.”

The novel won’t be released until March 7, 2022, and will include lyrics from Parton’s upcoming album. The book will follow a young woman’s journey as she moves to Nashville, Tennessee, to pursue a music career. However, readers will learn about the potential danger she faces once she starts to chase her dreams.