ART View the insightful and evocative snaps on show from both emerging and established photographers at this year's Head On Portrait Prize (until May 19) with the 40 finalists chosen through an anonymous selection process. 10am-6pm, Paddington Town Hall, 249 Oxford Street, Paddington, free, headon.com.au 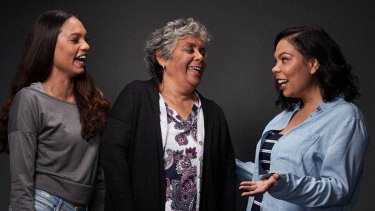 MARKETS The annual MCA Zine Fair is back with a wealth of DIY publications to browse. Zines for sale cover everything from journals to fan fiction to art, with the day's program also including workshops and panel discussions. 10.30am-4.30pm, MCA, 140 George Street, The Rocks, free, mca.com.au

STAGE Expect a quiet night at the theatre with Small Mouth Sounds (until May 26). Bess Wohl’s off-Broadway hit gets its Australian premiere with the mostly wordless play focused on a group of urbanites who get to know one another at a silent meditation retreat. 5pm, Eternity Playhouse, 39 Burton Street, Darlinghurst, $46, darlinghursttheatre.com

STAGE Tasma Walton, Roxanne McDonald and Dalara Williams are part of the ensemble cast of Winyanboga Yurringa (until May 26), a show that follows six Indigenous women who gather together on a camping trip. The play was inspired by the landmark miniseries Women of the Sun. 6.30pm, Belvoir, 25 Belvoir Street, Surry Hills, $49-$54, belvoir.com.au

TALK At Unf— the Future former Greens senator Scott Ludlam joins Greens senator Mehreen Faruqi for a night of conversation about what might be done to turn around the planet's grim prognosis. 6pm, The Vanguard, 42 King Street, Newtown, $5.50, thevanguard.com.au

MUSIC Hear American singer-songwriter Joan Wasser, better known by her stage name Joan as Police Woman, who has been getting some of the strongest reviews of her career with her latest album Damned Devotion, which Q Magazine called “a beautiful, soul-searching record”. 7pm, Metro Theatre, 624 George Street, city, $59-$69.90, ticketek.com.au 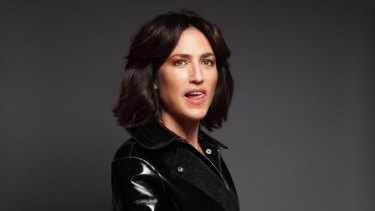 FAMILY Classic picture book There's a Sea in My Bedroom (until May 20) weaves a story of imagination and of overcoming one's fears with Margaret Wild's narrative paired with a score performed by ACO Collective. Suitable for ages two to seven. 10.30am and noon, Sydney Opera House, $25, aco.com.au