Less than a month from when it was supposed to kick off, Woodstock 50 is officially canceled once and for all. Michael Lang, a cofounder of the original three-day concert, pulled the plug after attempting to move the event to Maryland. In recent months, he and his fellow organizers had attempted to stage the concert in Watkins Glen, New York and Vernon, New York. Lang said in a statement that he is now supporting the efforts of the 50th anniversary tribute to Woodstock that’s set to take place in Bethel, New York, near the original 1969 festival’s site.

“We are saddened that a series of unforeseen setbacks has made it impossible to put on the festival we imagined with the great line-up we had booked and the social engagement we were anticipating,” Lang said in a statement. “When we lost the Glen and then Vernon Downs we looked for a way to do some good rather than just cancel. We formed a collaboration with [voting encouragement organization] HeadCount to do a smaller event at [Columbia, Maryland’s] Merriweather Pavilion to raise funds for them to get out the vote and for certain NGOs involved in fighting climate change.” 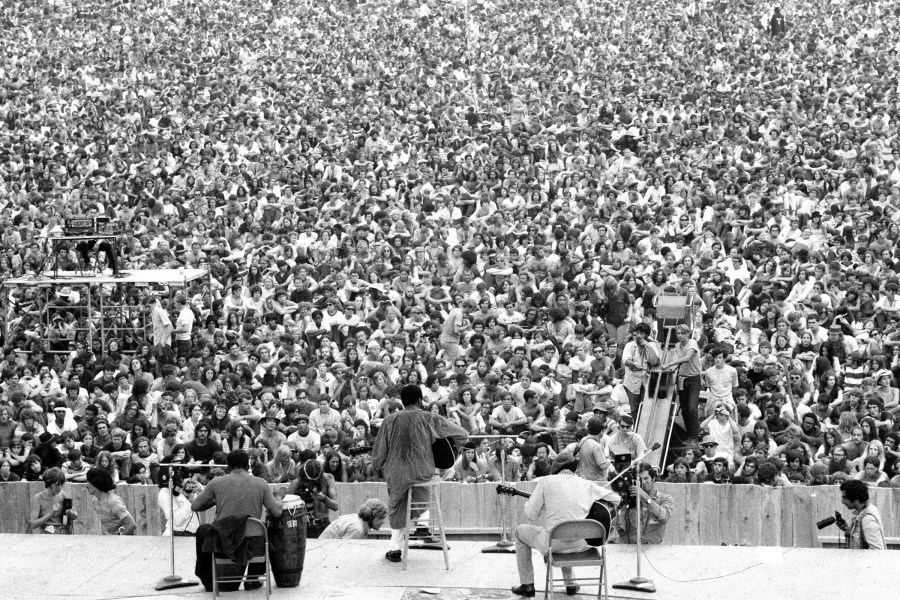 The Triumph and Tragedy of Woodstock's Forgotten Album Producer

He said that the festival released all of the talent it had booked, including Jay-Z, Miley Cyrus, and Imagine Dragons, from their contracts, hoping that they’d play a free event in Maryland on a voluntary basis. Because the venue is close to Washington, D.C. and Baltimore, and because venues require exclusivity to play within a certain radius of the venues, Lang said bands started dropping out.

“I would like to encourage artists and agents, who all have been fully paid, to donate 10% of their fees to HeadCount or causes of their choice in the spirit of peace,” he said. “Woodstock remains committed to social change and will continue to be active in support of HeadCount’s critical mission to get out the vote before the next election. We thank the artists, fans and partners who stood by us even in the face of adversity. My thoughts turn to Bethel and its celebration of our 50th Anniversary to reinforce the values of compassion, human dignity, and the beauty of our differences embraced by Woodstock.”

The cancellation has been a long time coming for the event, which was originally supposed to take place in Watkins Glen, New York from August 16th to the 18th (the same weekend as the original). The fest had paid many of its performers in advance, and through it all, they were waiting to see what would come of it, as it was cancelled once, reinstated, moved to another venue, and then shut down once again. The headliners included a mix of Woodstock legacy acts and younger artists, including the Killers, Miley Cyrus, Santana, Dead and Company, Chance the Rapper, Jay-Z, and Imagine Dragons. Through it all, none of the acts rebooked themselves.

The fest’s trouble began when its original investor, Dentsu Aegis, canceled the festival on April 29th, a week after tickets were originally supposed to go on sale. The company wrote in a statement at the time, “Despite our tremendous investment of time, effort and commitment, we don’t believe the production of the festival can be executed as an event worthy of the Woodstock Brand name while also ensuring the health and safety of the artists, partners, and attendees.”

The company, it was later revealed, had invoked the “control option” in its contract with Woodstock 50, ostensibly saying that Lang & Co. had not kept up their end of the bargain therefor allowing Dentsu to take over. At the time, the festival, which was originally projected to sell around 150,000 tickets, was attempting to get a mass gathering permit for half that number — effectively halving the amount of money the fest could get from ticket sales. It never got the permit.

Lang protested Dentsu’s decision, claiming that the investment firm didn’t have the right to unilaterally shut it down. In a newsletter to prospective ticket buyers, he insisted the concert would go forth as planned. “We have yet to understand why [Dentsu] would try to prevent the festival from happening by seemingly undermining us in this way,” he wrote. “It is one thing to decide for oneself that it is best to move on, but it is entirely another thing to try and close the door on us. … Woodstock never belonged to Dentsu, so they don’t have a right to cancel it.” But as he pushed forward, he lost a powerful ally in Superfly, the fest’s production partner, which is best known for putting on Bonnaroo and Outside Lands. The company confirmed it was no longer working on Woodstock 50 a few days after Dentsu’s proclamation.

As the week went on, Lang continued to cry foul about Dentsu. He alleged that the financier had “illegally swept” nearly $18 million out of a festival bank account, imperiling the event. He made public a letter to Dentsu saying the company had acted dishonorably and that it had confirmed his fears about working with a corporation.

Lang attempted a final hail Mary with Dentsu when the fest’s lawyer filed paperwork with New York’s Supreme Court in an attempt to make the financier cooperate. The attorney asked the Court to keep Dentsu from speaking to the media and others, return the $17.8 million Woodstock 50 alleged it had taken, be more transparent with its accounting, and make work with the fest. The filing claimed the financier “secretly decided to abandon, and then sabotage the Festival to ensure that it would never happen.” It cited a contract between the two companies that stated that the decision to cancel the fest must be agreed upon in writing by both parties. Dentsu didn’t see it that way, though, by taking over the festival.

Through it all, the booking agents for the artists who had been paid in full — some $32 million total — to perform at the fest remained silent as they waited to see how it all would shake out. Although it was unclear at the time what would happen with his performance fee, John Fogerty — who had performed at the original Woodstock as a member of Creedence Clearwater Revival — said he had a plan for the money if he was allowed to keep it. “I’m from old-fashioned America,” he told Rolling Stone. “I hate to be paid for doing nothing. So I would imagine donating it to a good cause. That would be the best use of the funds.”

Ultimately, Woodstock and Dentsu each won and lost at the end of the lawsuit. Judge Barry Ostrager said that Dentsu could not legally cancel the festival but that it was OK for Dentsu to hold onto its own money. The Woodstock team announced shortly thereafter that it had partnered with a new investing firm, Oppenheimer & Co., and said it would proceed. But fate struck again in June when Watkins Glen International said it was canceling its contract, forcing the fest to find a new venue.

About a month later, it was revealed that Woodstock 50 had been courting the Vernon Downs Casino and Hotel as a potential festival site. Locals in the small town of Vernon, New York (less than an hour’s drive from Syracuse) were immediately resistant. They remembered the debacle that Woodstock ’99 had been in nearby Rome, New York, and Lang & Co. worked hard to woo the town with promises of a VIP lounge for locals and the  donation of a new playground. The town’s planning board twice denied Woodstock permits to hold the festival there. The organizers held local town halls with promises of free refreshments as a means to curry the favor of locals but did not succeed. On Tuesday, July 16th, town officials voted unanimously to bar the festival from happening in their town. A day after that decision, Virgin Produced, which had been advising the Woodstock team, announced it was pulling its support.

“If we don’t get the decision we want, it’s something that we will then have to consider,” Lang told a town hall prior to the final decision. “If it doesn’t work this year, it doesn’t work this year. We’ve tried everything we can. We’ve done our best. We’ll continue to do our best until we find out one way or the other whether it’s going to happen.”

This story is developing.