Organisers of the popular Falls Festival have announced they will introduce increased security measures, in a bid to deter sexual assault and harassment at future events.

The move comes after a string of alleged assaults that have taken place at the festival in the last two years. In 2016, five reports of sexual assault were filed at the Marion Bay event in Tasmania, including an alleged rape.

In 2017, at the same location, a 32-year-old man was arrested and formally charged after groping a woman’s breast, while two other women lodged complaints of separate incidents.

Falls Festival organisers have now revealed their action plan for ensuring the safety of festival-goers, and said influencing "widespread cultural change" is a responsibility they take seriously.

While the festival already has relatively extensive security in place — such as CCTV cameras around the event site, police on the ground, a 24-hour security presence, safety hotlines, and highly visible signs displaying "house rules" — further measures will be introduced at the 2018 event, which kicks off in Lorne, Victoria, on December 28.

"Sexual assault is a broad social issue within our community, with one in five women experiencing
sexual violence in their lifetime," read a statement from the team behind the festival.

"Falls Festival has been working closely with a number of organisations and individuals over the past two years in a continuous effort to improve patron safety and raise awareness around crowd conduct and expectations of reasonable behaviour." 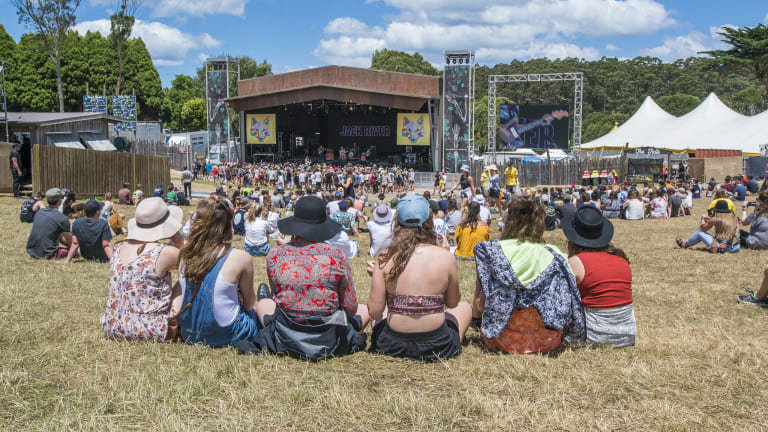 Fans at Falls Festival in Lorne.

As well as getting staff trained in psychological first aid, creating consultation spaces and increasing CCTV cameras and security presence, the organisers are setting up a simpler reporting process to make it easier for victims of assault or harassment to file a report if necessary.

"Falls will also empower our event team with the tools to handle these situations confidently through specific training programs."

The festival will also introduce sexual assault counsellors to all sites, who will be able to "provide immediate crisis care, introduce victims to local support services for short and long-term help" and assist them in going to the police if they require.

Further to that, organisers will be looking closely at an independent research piece into sexual assaults at festivals. The research, led by lecturers from the Criminology unit at UNSW, will provide more insight into preventative measures and further guide festival organisers when it comes to proper management and handling of incidents.

In a statement, the festival's co-producers, Jessica Ducrou and Paul Piticco, were clear on their hard-line approach to would-be offenders.

"Falls has a zero tolerance policy with regard to dangerous and irresponsible behaviours," they said. "The safety of our patrons is our foremost concern … we want everyone to feel free and safe in our spaces and to leave with great memories."