The latest discovery is a limestone family tomb from Egypt’s fifth dynasty, which dates from 2494 to 2345 BC.

The tomb contains the mummified remains of two notaries of the period: Behnui-Ka, who held several titles, including priest and judge, and Nwi, who was known as the “chief of the great state” and the “purifier” of the pharaoh Khafre.

Khafre, son of Khufu, is thought to be the pharaoh who commissioned the building of the Sphinx as well as second-largest of Egypt’s pyramids. Historical accounts describe him as an unusually cruel ruler.

The newly uncovered tomb was discovered by an Egyptian team, headed by the Mostafa Waziri, General Secretary of the Supreme Council of Antiquities.

It contained, as well as the two mummies, statues of one of the men’s family and a variety of wooden masks. 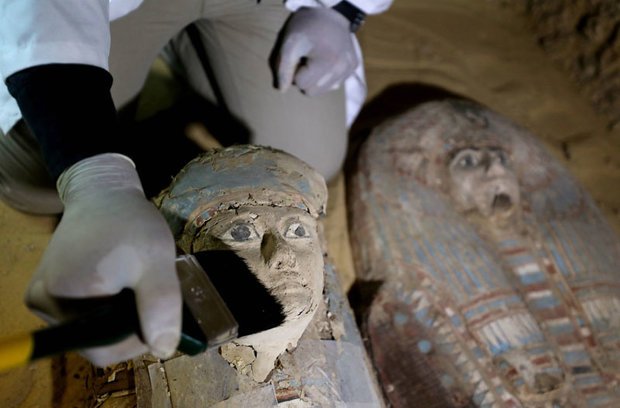 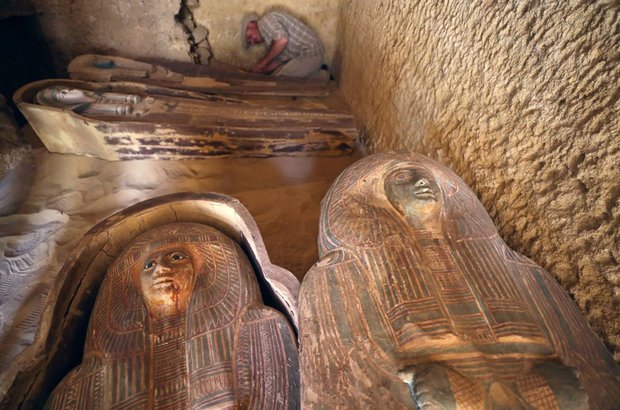 Archaeologist Zahi Hawass, who also addressed the press conference, said that there are still a great many tombs from the dynastic era yet to be discovered, and perhaps only 30% of them have so far been found.

Over 25 new discoveries have been made in the area in the past three years, providing a welcome boost to Egypt’s tourism industry which suffered greatly after the events of the Arab Spring and other political unrest in the region.