How picking all the chocolate off your Jaffa Cakes first before eating the rest can help ease pandemic isolation: Adopting unique rituals to make everyday tasks more meaningful can make you feel less LONELY

The finding builds on past studies that have established that people who experience chronic loneliness often feel that their lives are lacking in meaning.

Knowing that rituals can produce meaning, US researchers found that loneliness induced in people can be abated by performing rituals of product consumption.

Furthermore, they found that the more chronic loneliness people experience, the more they are inclined to engage in such little rituals. 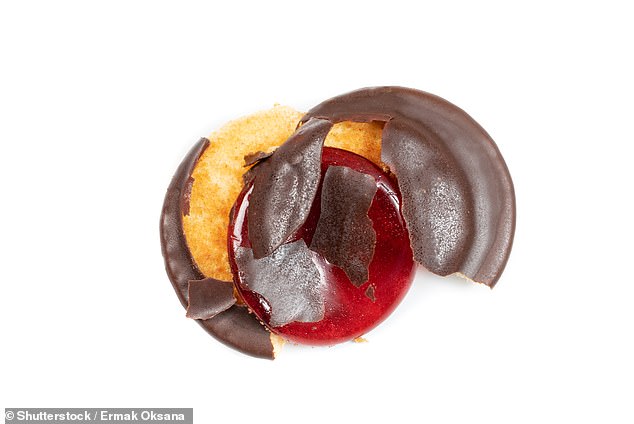 Adopting unique rituals — like picking the chocolate off a Jaffa Cake before eating the rest — makes little tasks more meaningful and can make you feel less lonely, a study has concluded

‘We found that something as simple as preparing tea in a certain way, as long as it’s interpreted as a ritual, can make the experience more meaningful,’ said paper author and marketing expert Thomas Kramer of the University of California Riverside.

Meaning can be produced from rituals — not only those rooted in the shared cultural values of celebratory, religious or social groups, but also those created by individuals and marketers as part of consumer culture.

Companies, for example, can use rituals to facilitate relationships between consumers and their brands, as well as among their consumer base.

In their study, the researchers set out to see if the rituals we form around consumer items could help mitigate feelings of loneliness by imbuing products with meaning.

‘Nobody in marketing has ever looked at rituals with private meaning,’ Professor Kramer explained.

‘A lot has been done on what they do, for example, promoting self-control.’

‘But no one has looked at whether or not idiosyncratic, private rituals provide meaning in the context of consumer products.’

Participants in the team’s study first undertook a test designed to assess their degree of chronic loneliness before they were introduced to the idea by the researchers that people often adopt rituals around the consumption of everyday products.

The researchers went on to ask the volunteers about what little rituals they practice — such as might include, for example, twisting apart an Oreo biscuit and licking off the cream centre, or eating a Jaffa Cake by nibbling around the edges first. 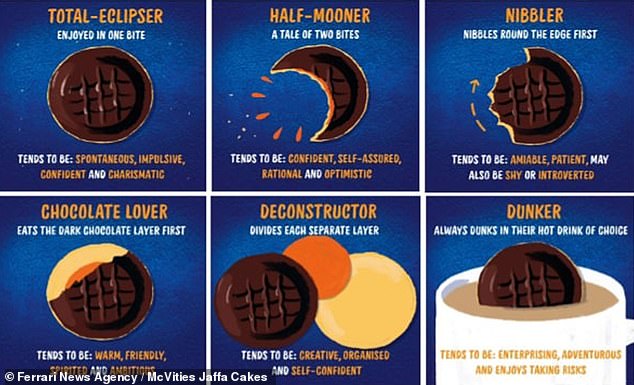 The results suggest that companies can foster stronger brand engagement by creating rituals around the purchasing or use of products that people will want to engage in to feel a sense of meaning and community. Pictured: a McVities advert that ritualises Jaffa Cake consumption

The researchers found that the participants who experienced the most chronic loneliness also habitually engaged in the most rituals around consumer products.

When then the team went on to subject people to activities designed to induce loneliness, the volunteers reported feeling better after subsequently completing an act or real or imagined ritualised consumption.

Furthermore, these participants said that they feel like their life had more meaning after completing this ritual.

‘Many people are trying to find structure right now because everything is so chaotic,’ said Professor Kramer.

‘The implications of our study are that if you feel lonely, find a ritual. It doesn’t have to be elaborate.’

‘It can help you feel less lonely by providing a sense of meaning and purpose.’

The team warned, however, that this approach might be detrimental to individuals with obsessive-compulsive disorder. Furthermore, it is unclear how long the benefits of a given ritual actually last for.

The results suggest that companies can foster stronger brand engagement by creating rituals around the purchasing or use of products that people will want to engage in to feel a sense of meaning and community.

The full findings of the study were published in the Journal of Marketing Research.

The analysis was based on the health records of 480,000 Britons – making it the largest study of its kind.