‘AI will take 20% of all jobs within five YEARS’: Experts explain how bots like ChatGPT will dominate the labor market

Its abilities to write poems, screenplays, take exams and simulate entire chat rooms have led some to suggest it could rapidly take over jobs in customer service, copywriting and even the legal profession.

Microsoft invested $10 billion in ChatGPT and said that the technology will change how people interact with computers.

‘I believe that ChatGPT could replace 20 percent of the workforce as is,’ AI expert Richard DeVere, Head of Social Engineering for Ultima, told DailyMail.com.

‘ChatGPT is no fad – it’s a new technological revolution.

‘Robots aren’t necessarily coming for your jobs, but a human with a robot will do. 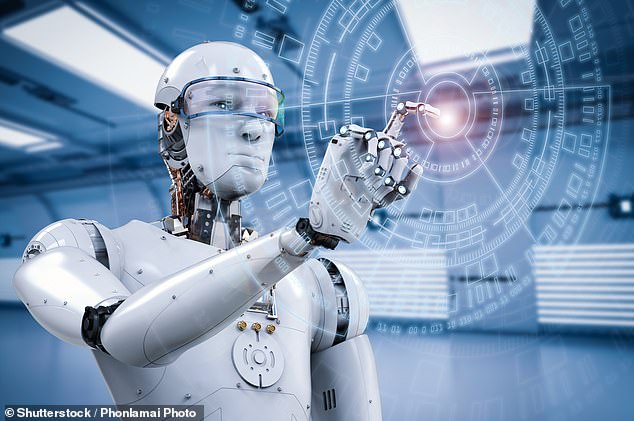 An AI doctor can identify illnesses as accurately as trained humans, a major review has claimed  (file image)

DeVere continued: ‘It won’t be an overnight process where humans are automatically being replaced by robots – the first wave will be from less experienced people who are using AI tools to assist with their everyday tasks.’

The organization DoNotPay is using ChatGPT to defend people in court against speeding fines.

In the UK, ChatGPT was able to secure a place on a shortlist for a job interview (one of just 20 percent to do so) by completing a writing task.

DeVere said that he knows several people who are using the technology already in their jobs – and warns that we are just at the start of the AI revolution.

‘We’re only just in ChatGPT’s early stages. I dread to think what we could expect to see a specialist in AI and workforces do,’ he continued.

‘The possibilities of the use cases with ChatGPT are endless. We’ve seen examples of people using the platform from everything to learning how to fix their car, to writing explicit code for hacks.’

But DeVere said that contrary to some warnings about the technology, people in the creative professions should be safe in their jobs – for now.

He says that creative professionals should embrace the technology and use it to augment their own skills.

‘People in creative professions needn’t worry – instead, they should embrace the developments,’ said DeVere. 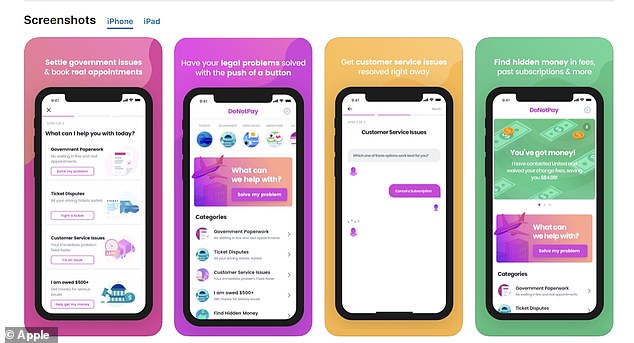 The organization DoNotPay is using ChatGPT to defend people in court against speeding fines. The chatbot lives in a smartphone to help people get out of tickets

‘These advancements are not removing creative individuals from the process, instead only assisting and strengthening their own capabilities.’

One company that uses ChatGPT to automate some of its functions is the fintech company Twig, which uses AI in marketing, finance and other parts of the business.

The company, which enables users to convert items such as clothes into money, uses ChatGPT as part of its service.

Geri Cupi, CEO of Twig said, ‘As an organization, Twig has recognized the potential of AI early in the process.

‘Last year, we launched a haggle function powered by Chat GPT, which has been met with great enthusiasm and response by our employees and our audience. It’s the future and organizations will adapt their workforces around it.’

Cupi believes that AI will not ‘take jobs’ but will instead work as a tool, enabling people to work more quickly and effectively, without being distracted by boring tasks.

Cupi said, ‘I believe the recent advances in AI will have positive outcome repercussions in terms of influencing the future of employment.’

AI will be a facilitator, conducting functions that will elevate people’s life overall versus replacing actual ‘in-person’ jobs.

She said that AI will, ‘free the workforce from mundane, repetitive and time-consuming tasks that may not contribute to its development.’

‘In this sense, I view AI as a potent supplementing element to the human workforce, rather than replacing jobs, and importantly enriching overall outcomes and allowing for the human originality and approach to thought and creativity to be exalted,’ said Cupi.

What is OpenAI’s chatbot ChatGPT and what is it used for?

Initial development involved human AI trainers providing the model with conversations in which they played both sides – the user and an AI assistant. The version of the bot available for public testing attempts to understand questions posed by users and responds with in-depth answers resembling human-written text in a conversational format.

A tool like ChatGPT could be used in real-world applications such as digital marketing, online content creation, answering customer service queries or as some users have found, even to help debug code.

The bot can respond to a large range of questions while imitating human speaking styles. 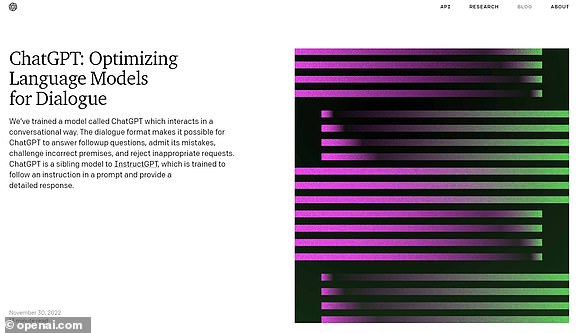 A tool like ChatGPT could be used in real-world applications such as digital marketing, online content creation, answering customer service queries or as some users have found, even to help debug code

As with many AI-driven innovations, ChatGPT does not come without misgivings. OpenAI has acknowledged the tool´s tendency to respond with “plausible-sounding but incorrect or nonsensical answers”, an issue it considers challenging to fix.

AI technology can also perpetuate societal biases like those around race, gender and culture. Tech giants including Alphabet Inc’s Google and Amazon.com have previously acknowledged that some of their projects that experimented with AI were “ethically dicey” and had limitations. At several companies, humans had to step in and fix AI havoc.

Despite these concerns, AI research remains attractive. Venture capital investment in AI development and operations companies rose last year to nearly $13 billion, and $6 billion had poured in through October this year, according to data from PitchBook, a Seattle company tracking financings.