Home » Science » Alexa IS listening to your conversations

Alexa IS listening to your conversations: Web giant ADMITS clips are analysed by Amazon workers – including your most intimate moments

Amazon workers are listening to private and sometimes disturbing voice recordings to improve the voice-assistants’ understanding of human speech.

The company has admitted to its customers that thousands of recordings are being analysed by staff and transcribed before feeding them back into the software.

As many as 1,000 clips are reviewed by workers in buildings all over the world, many of which do not bear any obvious indication that they are run by Amazon.

Staff members have said that the work is mostly mundane, however they do come across embarrassing clips, like a woman singing off-key in the shower.

The teams use internal chat rooms to share files when they need help deciphering a muddled word – or come when they come across an amusing recording. 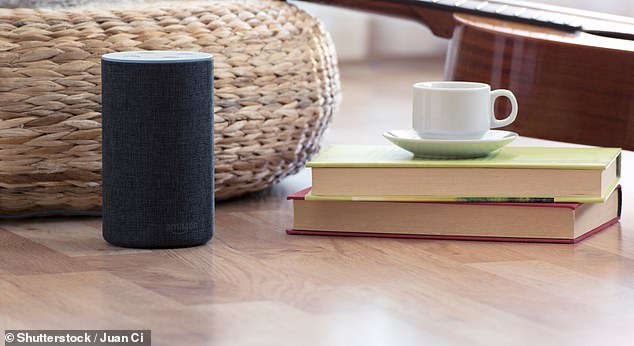 Amazon workers are listening to private and sometimes disturbing voice recordings to improve the voice-assistants understanding of human speech. As many as 1,000 clips are reviewed by staff members per shift who annotate and transcribe them

Among more sinister content the workers have heard, have been a child screaming for help and two instances were they believed they heard a sexual assault taking place.

Amazon last night confirmed the revelations when approached by Bloomberg saying that ‘an extremely small sample of Alexa voice recordings’ are analysed by staff.

In an emailed statement to MailOnline, an Amazon spokesperson said: ‘We only annotate an extremely small sample of Alexa voice recordings in order to improve the customer experience.

‘For example, this information helps us train our speech recognition and natural language understanding systems, so Alexa can better understand your requests, and ensure the service works well for everyone.’

The report claimed staff had on occasions reported hearing recordings they described as distressing, but Amazon said they may share the experience in the internal chat room as a way of relieving stress.

Amazon told Bloomberg that it has ‘procedures in place’ for workers to follow when they hear something distressing.

But two employees said that after requesting guidance for such cases, they were told ‘it wasn’t Amazon’s job to interfere’.

MailOnline has asked Amazon to elaborate on their procedures and policies regarding this but they did not respond by the time this article was published.

The company confirmed that it does use the recordings as part of its work to improve Alexa’s ability to understand human language and speech patterns, but had strict security systems in place to keep user data safe. 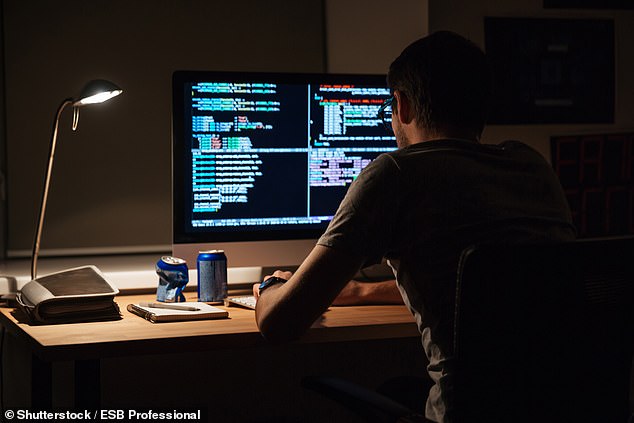 As many as 1,000 clips are reviewed by staff members per shift in outposts all over the world, many of which bear no exterior sign that it is run by Amazon. Workers have said that the work is mostly mundane, however they do come across embarrassing or even disturbing clips

‘We have strict technical and operational safeguards, and have a zero tolerance policy for the abuse of our system,’ the spokesperson said.

‘Employees do not have direct access to information that can identify the person or account as part of this workflow.

‘All information is treated with high confidentiality and we use multi-factor authentication to restrict access, service encryption and audits of our control environment to protect it.’

The help page of the Amazon website dedicated to Alexa states that Amazon may ‘use your requests to Alexa to train our speech recognition and natural language understanding systems’.

It also confirms that the company ‘associate your requests with your Amazon account to allow you to review your voice recordings, access other Amazon services and to provide you with a more personalised experience’.

Concerns have been raised by some in the past that smart speaker systems could be used to listening into to user conversations, often with the aim of targeting users with advertising.

WHY ARE PEOPLE CONCERNED OVER PRIVACY WITH AMAZON’S ALEXA DEVICES?

Amazon devices have previously been activated when they’re not wanted – meaning the devices could be listening.

Millions are reluctant to invite the devices and their powerful microphones into their homes out of concern that their conversations are being heard.

Amazon devices rely on microphones listening out for a key word, which can be triggered by accident and without their owner’s realisation.

The device has such sophisticated microphones it can hear people talking from across the room – even if music is playing.

Last month a hack by British security researcher Mark Barnes saw 2015 and 2016 versions of the Echo turned into a live microphone.

Fraudsters could then use this live audio feed to collect sensitive information from the device.