An ancient coin, dating back to 1807, has been found in the Scottish highlands by a metal detectorist. The coin, which has a reasonably high value, may have been brought back to Scotland after the Napoleonic war, it’s believed.

Michael Gallon, 49, found the coin near Fortrose in Ross-Shire, in the middle of a field.

The soil had recently been turned over, and the coin was sat on the surface, he explained.

He took the coin back to his van to study it in more detail, and noticed it was an 1807 quart franc.

The coin shows the head of Napoleon on one side, and a wreath surrounds the word ‘quart’ on the other. 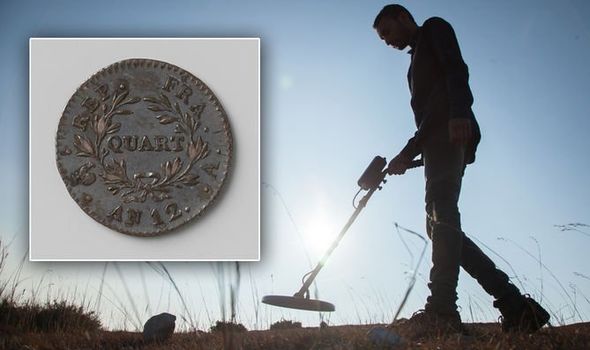 “I was working in a field that is for rapeseed oil. It looks like a cover crop and the farmer said I could go in the field,” Gallon told the Ross-Shire Journal.

“As I was detecting, I saw the coin on the top of the soil.

“I didn’t have my glasses on, so at first I didn’t know what it was so I took it back to the van and I was surprised to see it was a silver quarter franc from 1807, the time of Napoleon.”

The coin may be worth upwards of £500, although its quality is very good, and may command a higher price tag.

The discovery of the coin in the Highlands wasn’t expected, seeing as it has French origins.

Gallon believes that it may have been returned to Scotland by a soldier that collected the coin during his travels.

“Obviously I cannot say for certain, but I would suggest that a Highland soldier was being paid to fight against Napoleon in France and one of the people that he killed had this coin on him.

“He would then have pillaged the bodies, as soldiers did then, and took this coin.” 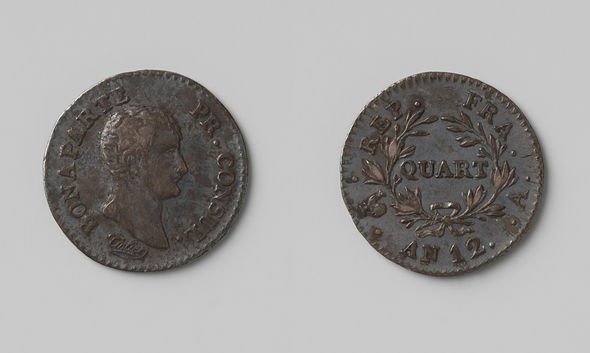 The coin will now be sent to Scotland’s Treasure Trove for recording.

A Napoleonic quart franc was part of the standardised circulation from 1806 to 1807.

It’s made entirely of silver, weighs around 1.25g, and has a diameter of 15mm.

The coin was demonetised at the end of 1852, meaning it’s not been used for more than 150 years.

Elsewhere, another ancient coin was found by Polish archaeologists earlier this month.

The coin was found by Polish archaeologists, who found more than 2,800 Roman treasure items.

The archaeologists were also particularly excited about finding an arrowhead, needle and brooches.