Margaret Weitekamp, curator at the Smithsonian Air and Space Museum weighs in on NASA’s preparation for the future of American spaceflight.

The departure of SpaceX’s Crew Dragon cargo craft from the International Space Station was postponed on Monday morning because of weather in the splashdown zone off the east coast of Florida.

The uncrewed spacecraft was initially scheduled to undock at 9:25 a.m. ET. but was pushed back to 10 a.m. ET on account of bad weather off Daytona. The departure was scratched for the day shortly before 10 a.m. ET. 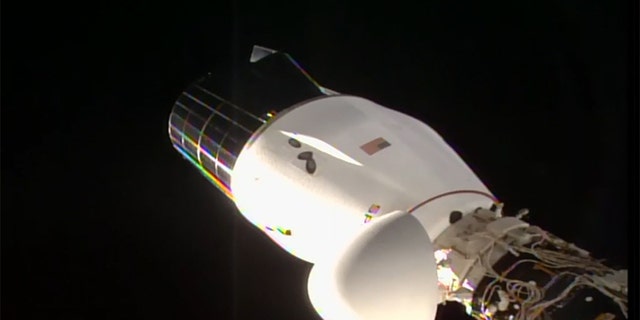 If undocking had proceeded as planned, Crew Dragon was scheduled to make a parachute-assisted splashdown around 9 pm E.T. Monday.

“Splashing down off the coast of Florida enables quick transportation of the science aboard the capsule to the agency’s Kennedy Space Center’s Space Station Processing Facility, and back into the hands of the researchers,” explained NASA in a note released on Jan. 4. “This shorter transportation timeframe allows researchers to collect data with minimal loss of microgravity effects.”

The CRS-21 Crew Dragon cargo craft launched to the International Space Station on Dec. 6, 2020, from Launch Complex 39A at Kennedy Space Center in Florida. The cargo ship delivered over 6,400 pounds of hardware, research and crew supplies.