Ancient carvings of an Assyrian king honouring the gods while surrounded by mythical beasts have been safely unearthed in Iraq after being threatened by ISIS.

ISIS seized the city of Mosul in 2014 and researchers were forced to abandon the archaeological site of Faida as the ruthless force was just 15 miles away.

The ten rock reliefs were found in the Kurdistan region of Iraq and are believed to be the first of their kind discovered in 150 years.

Archaeologists surveyed the site in 2012 and it was only late last year, with the self-proclaimed caliphate overthrown, that archaeologists were able to return and excavate the treasures left behind. 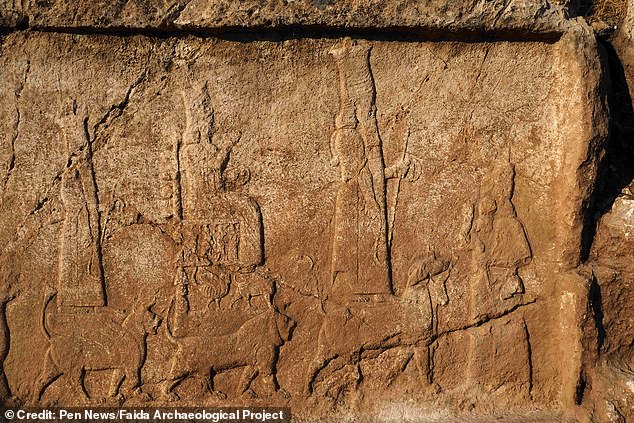 Ancient carvings menaced by the advance of ISIS have finally been revealed after the terror group’s defeat, in the first discovery of its kind for more than 150 years 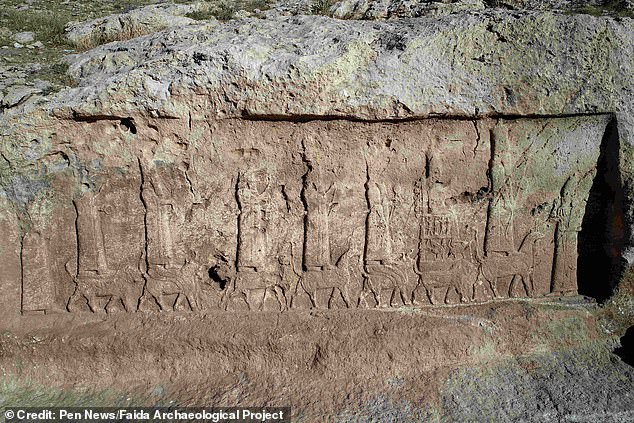 Italian and Iraqi archaeologists uncovered the reliefs 12 miles (20km) south of the Kurdistani city of Duhok.

Expedition leader, Daniele Morandi Bonacossi of the University of Udine in Italy, said nothing like the carvings had been found since 1845.

‘There is no other Assyrian rock art complex that can be compared with this one, with the only exception being Khinis, in the north-eastern part of the region.’

ISIS, or Islamic State, was remorseless in destroying antiquities it felt were idolatrous, though it also looted artifacts to sell. At the height of its powers, its fighters were only 15 miles from the dig site.

But even now, with ISIS defeated, the rock carvings face fresh threats.

‘The most serious threats are vandalism, illegal excavations and the activities of the nearby village that are literally besieging the site,’ said Professor Bonacossi.

‘The only way to protect the site is to fence it off and guarantee a constant security service controlling the area.

‘The Duhok Governorate is committed to guarantee the protection of the reliefs.’

The reliefs once decorated the banks of the Faida irrigation canal, which was part of a vast network that brought water to the Assyrian capital, Nineveh.

The canal was likely built during the reign of Sargon II, whose successor, Sennacherib, is believed to have incorporated it into the wider network.

Both kings are named in the Bible for their military exploits, with the former conquering the Kingdom of Israel.

The figures on the panels are shown in profile, facing left, in the direction the water would have flowed.

Among the deities depicted is Ashur, the main Assyrian god, his wife Mullissu, the moon god Sin and the sun god Shamash.

They are shown astride mythical beasts including dragons and horned lions.

‘The reliefs tell us that the construction of this local irrigation system was celebrated by royal power through the carving of rock reliefs,’ said Professor Bonacossi.

The excavation of impressive irrigation systems across the core region of the Assyrian empire changed the economic foundation of the regions involved.

‘It transformed them from extensive dry-farming regions into highly-productive irrigation agriculture areas.

‘But it also profoundly modified the space and settlement patterns in the core of the Assyrian empire.’

‘During the excavation of one relief, we found another which was not visible at the surface,’ he said.

‘This means that probably many other reliefs are still to be found and that this rock art complex is larger than we expected.

‘This explains why the Faida archaeological site is so important.’ 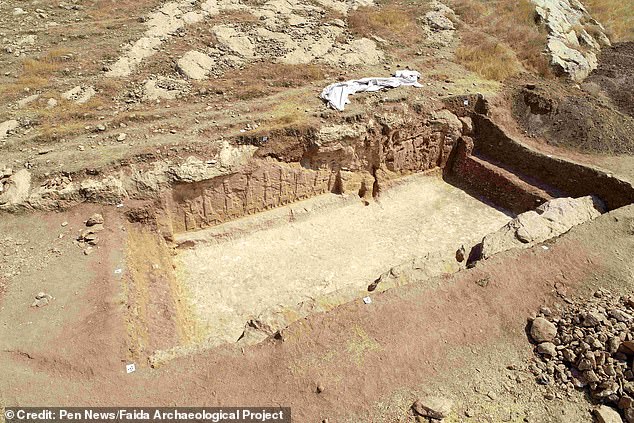 Archaeologists surveyed the site in 2012 (pictured), following up on an earlier British excavation in 1973, but the project ground to a halt when ISIS captured the nearby city of Mosul in 2014

WHAT WAS THE ASSYRIAN EMPIRE?

The Assyrian Empire was a complex Mesopotamian civilisation dating from 2,500 BC to around 600 BC.

Mesopotamia, an area of ancient Asia, was where people first gathered in large cities, created governments, and learned to write.

Alongside other Mesopotamian groups like ancient Babylon and the Sumerian cities, the Assyrian Empire was one of the earliest civilisations in history.

As its height, the empire stretched from Egypt up through what is now Syria, Iraq, Lebanon and into Turkey. 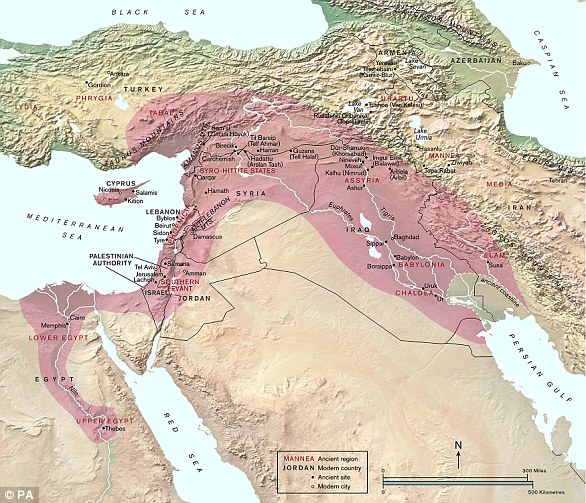 As its height, the Assyrian Empire (red) stretched from Egypt up through what is now Syria, Iraq, Lebanon and into Turkey

Turkey’s Kültepe district was home to a settlement of the Old Assyrian Empire from the 21st to 18th centuries BC.

Over 1,000 cuneiform tablets were found in the area in 1925, revealing a rich and complex cultural heritage.

Much of our knowledge of early human societies comes from stone tablets such as these, leading some scholars to label Mesopotamia ‘the place where history began’.