The study revealed the Romans relied on timber from forests in what became modern France to build ships, villas and porticoes. Researchers claim the ancient civilisation was built using wood cut from trees 1,000 miles away in the the Jura mountains in eastern France. National Research Council experts in Italy discovered planks which showed the timber requirements of Ancient Rome were “immense and complex”.

They found the Romans relied on long-distance timber trading to construct their Empire and likely transported it to Rome via river and sea.

During the construction of the Metro in Rome between 2014 and 2015, 24 oak timber planks were excavated and sampled.

The team were able to gain a deeper understanding of where the wood originated and how it was prepared.

They found that timber was made using different types of trees from various locations in the Empire for construction, shipbuilding and even firewood. 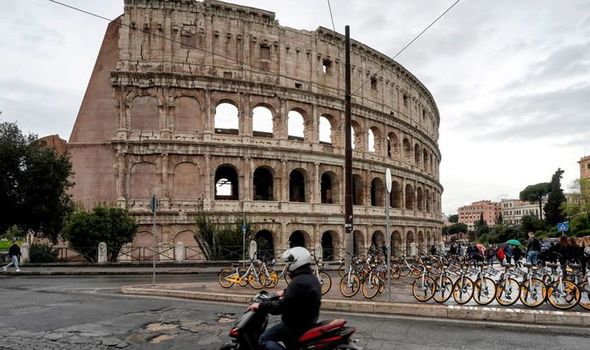 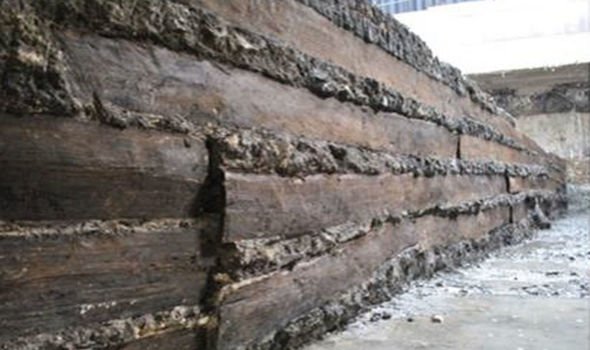 The timber trade of Ancient Rome was poorly understood until the study was carried out.

This is due to little wood being found in an adequate state for analysis.

The timber sampled formed part of a Roman portico in the gardens of Sannio.

It belonged to what was once a lavishly decorated and wealthy property.

JUST IN: Archaeology breakthrough: Shipwreck from time of Christ discovered 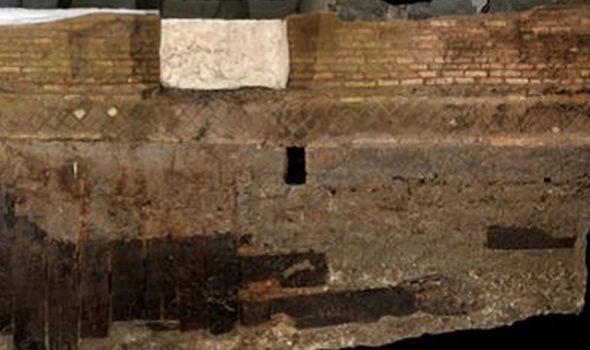 Researchers measured the tree-ring widths for each plank and ran statistical tests to determine an average chronology, successfully dating 13 planks.

The team were able to pinpoint exactly where they came from by comparing their dated planks to Mediterranean and Central European oak.

Study lead author Dr Mauro Bernabei said: “This study shows that in Roman times, wood from the near-natural woodlands of north-eastern France was used for construction purposes in the centre of Rome.

“Considering the distance, the timber sizes, and the means of transportation with all the possible obstacles along the way, our research emphasises the importance of wood for the Romans and the powerful logistic organisation of the Roman society.” 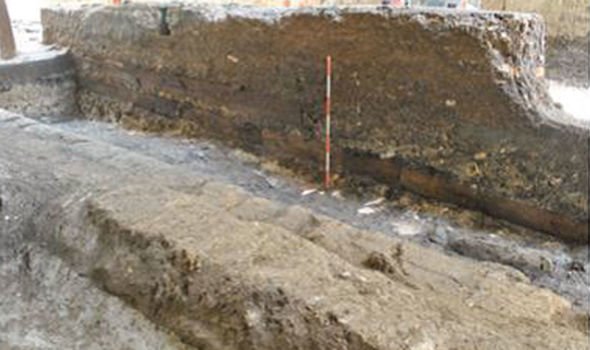 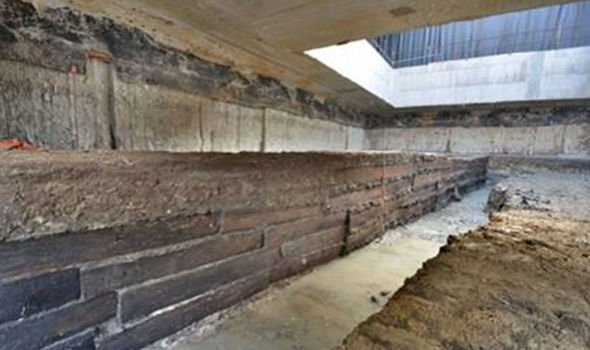 The team were able to narrow down the date the oaks were felled to between 40AD and 60AD based on the sapwood present in eight of the 13 samples.

Given the timbers dimensions and the vast distance it travelled, researchers suggest the Romans or their traders likely floated the timber down the Saone and Rhone rivers in modern France.

It would have then been transported over the Mediterranean Sea and up the river Tiber to Rome, although this cannot be confirmed.

The research team claim the planks would have been incredibly difficult to get, requiring extensive transportation and processing.

Despite the great effort in sourcing the planks that were found, they were not brought to Rome specially for aesthetic functions.

Instead they were simply used in the foundations of the portico.

Dr Bernabei suggested if the Romans could use timber from 1,000 miles away just for the foundations of buildings “the logistical organisation of Rome at the time would have been considerable”.

He said it also suggested the Empire’s trade network was “highly advanced”. 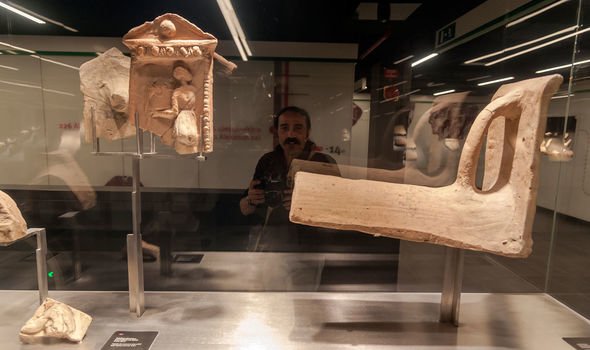 Work to build new stops on Rome’s Metro C line is running years behind schedule due to interruptions including excavating ancient ruins.

In 2014, archaeologists found the remains of an ancient commercial farm near St. John in Lateran Basilica during work on the subway.

The dig revealed a three-pronged pitchfork, storage baskets, leather fragments that may have been from a farmhand’s glove or shoe, and tracks carved into stone from the repeated turning of a waterwheel.

This agricultural business dated back to the first-century, the researchers estimated.