The frozen desert is the world’s southernmost continent, home to up to 5,000 dedicated researchers who study the planet’s history and the effects of climate change in temperatures that drop as low as -90C. One of the ways they do this is by taking ice core samples. Since the ice forms from the buildup of annual layers of snow, lower layers are older than upper, and the snippets taken by the machine allows scientists to look back millions of years.

The proportions of different oxygen and hydrogen isotopes provide information about ancient temperatures, and the air trapped in tiny bubbles can be analysed to determine the level of atmospheric gases such as carbon dioxide.

Cambridge University’s Professor Eric Wolff detailed during the Royal Society’s ‘Adventures in Antarctica’ why he was inspired to complete such a reading.

He said: “There are a number of things that make it compelling that something very odd is happening to the climate.

“The first one is we know, partly from the kind of research that I do, that carbon dioxide levels in the atmosphere are higher than they’ve been for at least three million years. 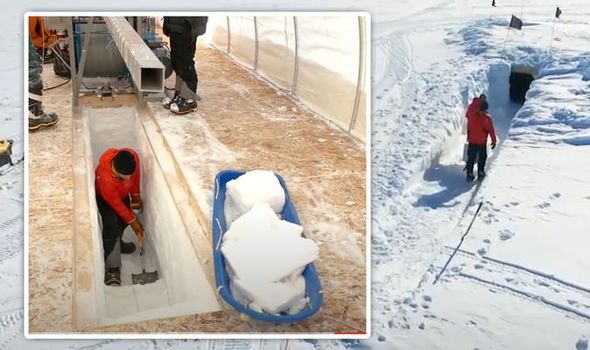 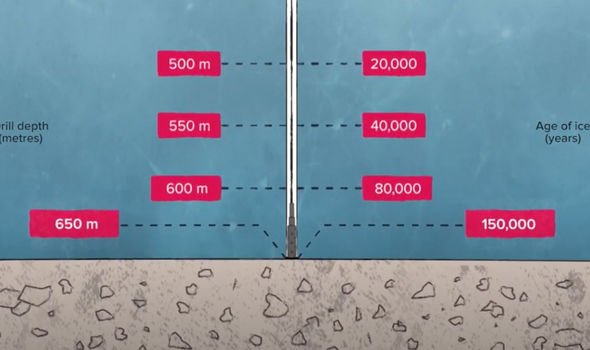 “We know from physics that it should cause warming and we are observing warming.

“So taking these things together, it’s completely obvious we are doing something dangerous with the atmosphere.”

The short film revealed the researchers’ plan to “unlock the secret of Earth’s past climate” and Prof Wolff explained why taking a core sample was key.

He added: “The aim is to drill an ice core near what’s considered the vulnerable part of the ice sheet, the West Antarctica ice sheet.

“From looking at that we should be able to tell whether it disappeared or retreated at times in the past when it was warmer than it is now. 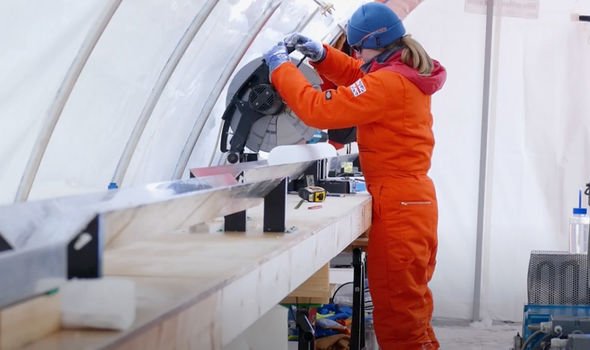 “To drill an ice core, it’s a device that doesn’t look too different from a scaled-up version of a woodworking tool.

“It cuts a ring into the ice and then you end up with a core in the middle which is about 10cm in diameter.”

The film then showed the team carrying out their experiment and slicing the long piece of core up into several sections.

He said in July: “There are many things you can measure in ice, almost everything that is introduced into the atmosphere. 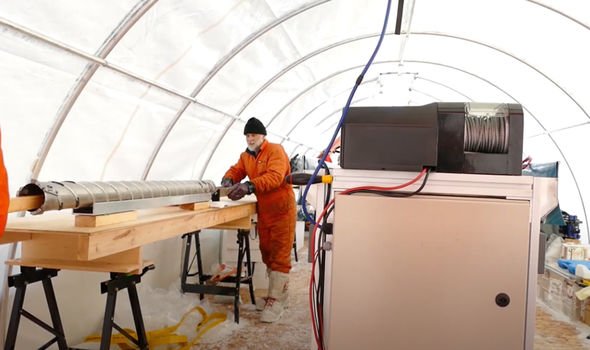 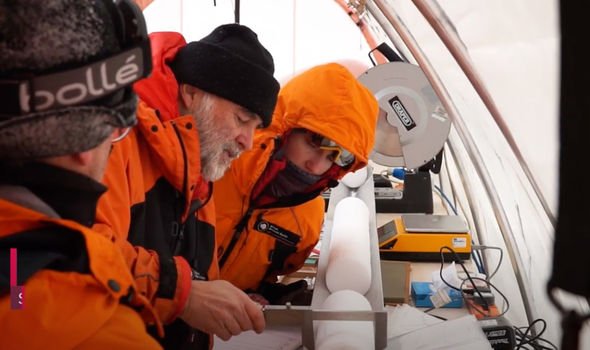 “Pollution, or gases, or natural things in the atmosphere, in some way if they’ve been transported to the polar regions, those records are available forever.

“At the moment we are living in an interglacial, we’re between cold climate periods, so we’re in a warm period.

“But you go back 125,000 years and you’re in another warm period and the climate was fairly similar to today, maybe slightly warmer.

“Sea levels were probably slightly higher, maybe six metres – so we will reach a stage where the temperature of the present-day climate looks similar to the last interglacial.

“It becomes an analogue for what we might expect in 100 years or so time.”