The icy continent contains Earth’s southernmost point of the South Pole, where temperatures reach below -90C. More than 1,000 scientists call the frozen desert home around the year, as they try to learn more about climate change.They do so by taking ice core samples deep below the snow and examining both plants and animal fossils all over Antarctica.

But one discovery in Seymour Island left researchers even more surprised than usual.

David Walton, Professor at the British Antarctica Survey, revealed how a team uncovered an extinct species known as the Palaeeudyptes klekowskii or colossus penguin.

He told the BBC in 2010: “As an ecologist, history is written in fossils. 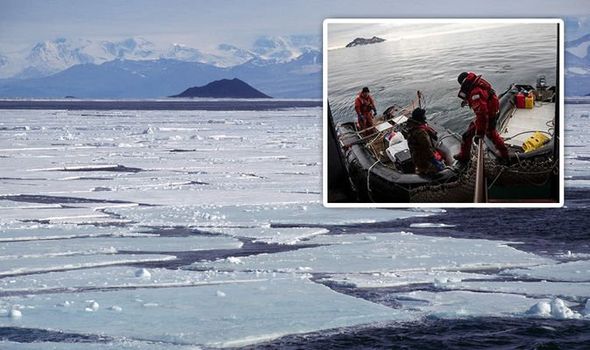 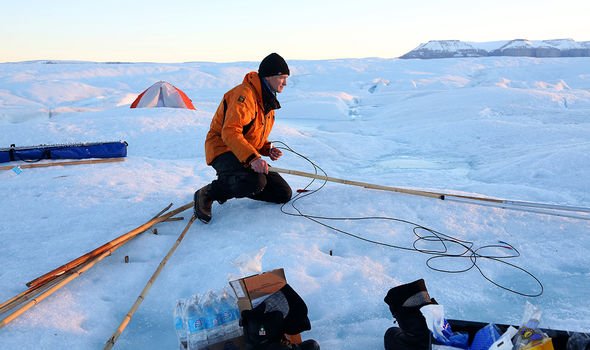 We reconstructed a penguin from a single metatarsal that was found

“We reconstructed a penguin from a single metatarsal that was found – it is amazing what you can do with one bone.

“So we know it was a much more interesting continent previously.”

The team found that the penguin lived up to 40 million years.

Carolina Acosta Hospitaleche of the La Plata Museum in Argentina has been trying to learn more about this mysterious penguin.

She said in 2014: “This was a wonderful time for penguins, when 10 to 14 species lived together along the Antarctic coast.” 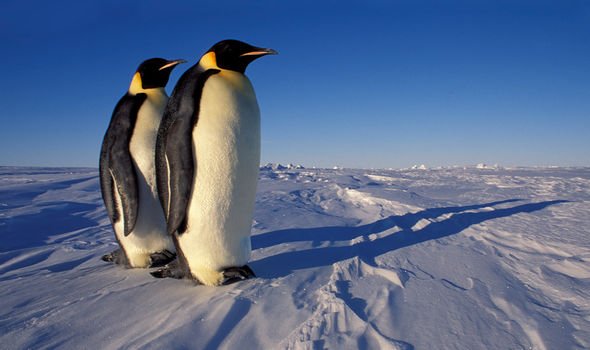 Mr Hospitaleche believes the penguin could have weighed up to 19 stone, making it possible to dive deeper and stay underwater for longer.

Scientists have also predicted the colossal penguin may have been able to hold its breath for up to 40 minutes – giving it time to hunt a wide variety of fish.

In comparison, the tallest penguins of today – emperor penguins – can weigh 45kg and reach lengths of four feet.

NASA is also heavily invested in Antarctica as a testing ground before blasting their probe into the cosmos to scan some of the Solar System’s most intriguing moons for evidence of life below the surface.

The space agency is gearing up to send the Buoyant Rover for Under-Ice Exploration (BRUIE) below Earth’s southernmost continent in the coming weeks. 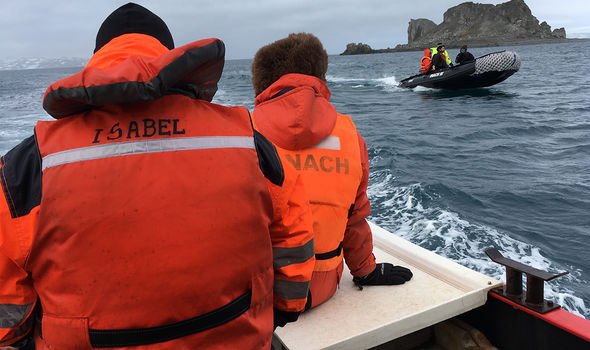 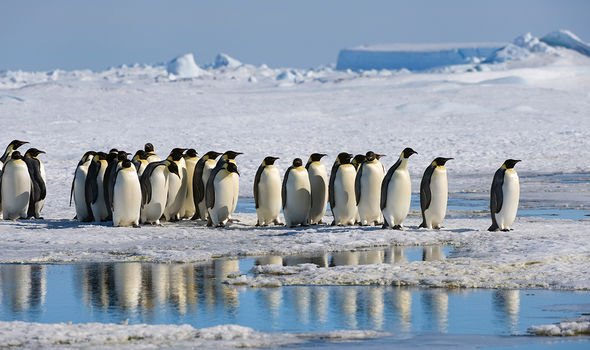 The two-wheeled robot will use buoyancy to anchor itself upside down on the ice to study the zone where the crust and the ocean interact.

NASA hopes to eventually send the machine to search for alien life in the subsurface oceans of Jupiter’s moon Europa.

Liquid water has been an essential ingredient for the development of life on Earth and there is a lot of evidence that suggests a vast salty ocean could be hiding below Europa’s icy crust.

Kevin Hand, lead scientist of the project said in November 2019: “It presents an incredibly compelling place to go and search for possible life beyond Earth, potentially answering that age-old question ‘are we alone?’

“Within Europa’s ice shell, there are nutrients that life within that ocean might eat.

“Here on Earth, the ice covering our polar oceans serves a similar role, and our team is particularly interested in what is happening where the water meets the ice.”