Experts at the IceCube observatory in Antarctica have discovered a ‘ghost particle’ but an investigation into the mysterious material has offered no clues regarding its origin. The IceCube observatory consists of a 1000m-sized ice patch in Antarctica which has sensors beneath the surface to record when a neutrino collides with particles on the ice – a very rare event. Neutrinos are invisible yet high-energy particles that are one of the fundamental ingredients of the universe.

Little is known about them due to the fact that they rarely interact with other particles apart from when they collide head on.

However, neutrinos may hold some secrets to the history of the universe as when they do collide with other particles, a chain reaction occurs that lets scientists trace the neutrinos back to their original source – thus unravelling some of the mysteries of the universe.

They often pass through Earth but because they are not influenced, they go undetected.

But their existence is a fundamental ingredient in the Standard Model of physics, the most accurate description of the universe humans have ever known. 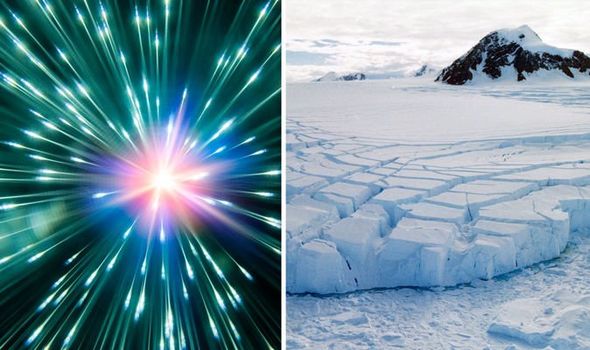 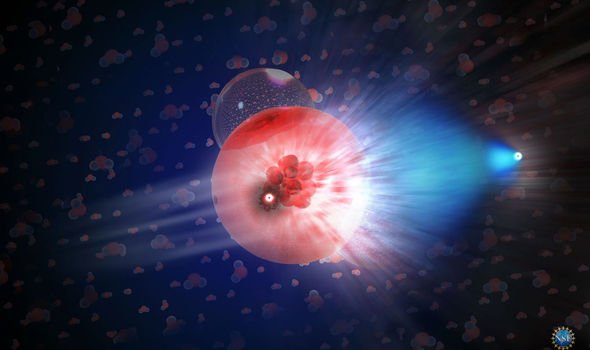 By trawling through seven years of observations from IceCube and NASA’s Antarctic Impulsive Transient Antenna (ANITA) – a helium balloon which hovers above Antarctica – experts have discovered neutrinos which hit Earth, yet they still cannot explain them or their origins.

Astrophysicist Alex Pizzuto from the University of Wisconsin–Madison said: “It’s commonly said that neutrinos are ‘elusive’ or ‘ghostly’ particles because of their remarkable ability to pass through material without smashing into something.

“But at these incredible energies, neutrinos are like bulls in a china shop – they become much more likely to interact with particles in Earth.”

However, scientists cannot rule out that this is a chance encounter, but it is more likely a bundle of neutrinos hit our planet in one go, and just a few were detected. 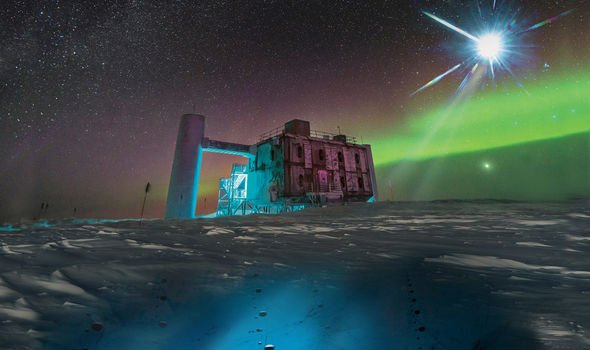 As a result, the team looked for a source of the neutrinos, but the results were inconclusive.

A statement from IceCube said: “In all three searches, they found no evidence for a neutrino source in the direction of the strange ANITA events.

“This is particularly intriguing because, due to a process called tau neutrino regeneration, the extremely high-energy events that don’t make it all the way to ANITA should still be detectable by IceCube.”

Anastasia Barbano of the University of Geneva in Switzerland, another lead on the paper published in the Astrophysical Journal, said: “This process makes IceCube a remarkable tool to follow up the ANITA observations, because for each anomalous event that ANITA detects, IceCube should have detected many, many more—which, in these cases, we didn’t. 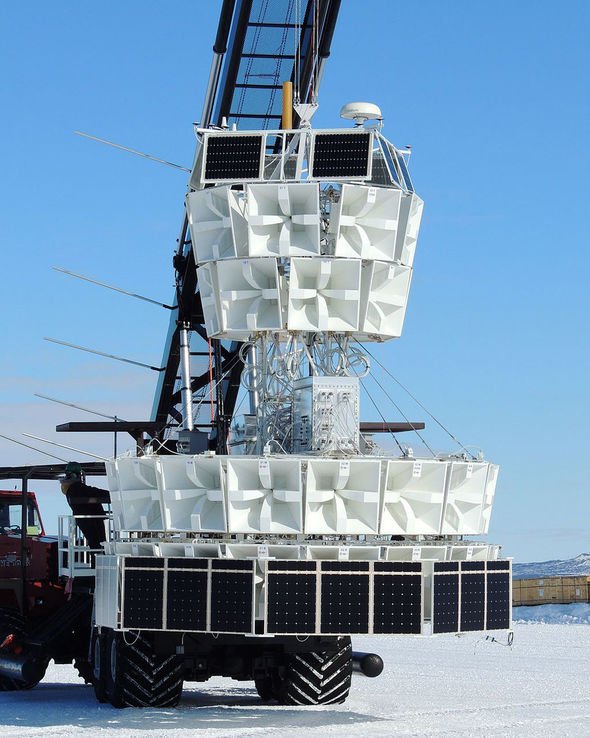 “That means that we can rule out the idea that these events came from some intense point source, because the odds of ANITA seeing an event and IceCube not seeing anything are so slim.”

With no explanation of their origin, researchers believe they could have to re-think the Standard Model.

Mr Pizzuto said: “Our analysis ruled out the only remaining Standard Model astrophysical explanation of the anomalous ANITA events.

“So now, if these events are real and not just due to oddities in the detector, then they could be pointing to physics beyond the Standard Model.”