Home » Science » Archaeology bombshell: Is this the face of God? Researchers split over mystery clay idol

Archaeologists recovered the clay idol from the ruins of what may have been a palace at Khirbet Qeiyafa in Israel, to the east of Jerusalem. Measuring only two inches in height, the figurine does not stand out with its loosely defined nose, eyes, mouth and ears. But according to Yosef Garfinkel, head of the Institute of Archaeology at Hebrew University in Jerusalem, the clay idol could be an ancient depiction of the Hebrew God YHWH or Yahweh.

Professor Garfinkel staked his claims, suggesting the head belonged to a bigger figure riding a horse that could be linked to obscure passages in the Bible.

He said: “Because the base of the figure’s neck is well worked, the head likely was attached to another object, either a body or a pottery vessel.

“With a flat top, the head has protruding eyes, ears, and a nose.

“The eyes were made in two stages: They were first attached to the face as rounded blobs of clay and then punctured to create the iris. 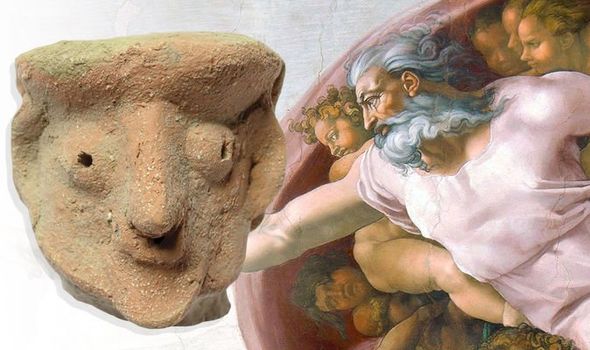 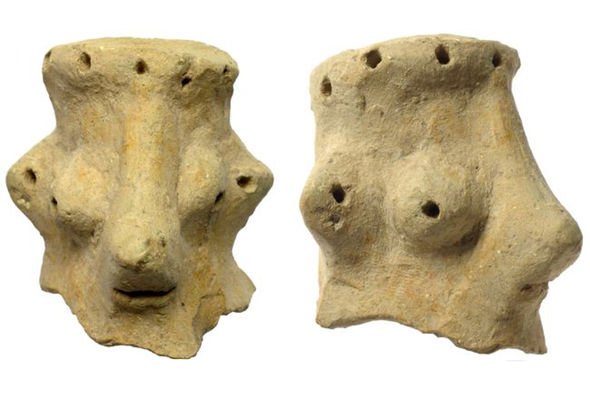 “Because the ears are pierced, the figure may have worn earrings.

“Around the top of the head is a circle of holes.”

Two similar idols and two horse figures were also recovered at an excavation in Tell Moza.

But the theory stands in direct contradiction to the Bible, which makes a point in forbidding all forms of idolatry.

Passages such as Isaiah 42:8 and Joshua 24:14 dictate strict laws regarding Jewish worship.

Even the 10 Commandments make a point about idolatry in the words: “Thou shalt not make unto thee any graven image.”

Because of the biblical obstacles, archaeologists and scripture experts alike have questioned Professor Garfinkel’s theory.

Tom Meyer, a professor in Bible and theology at Shasta Bible College and Graduate School in California, US, told Express.co.uk it is unlikely the idol represents the Hebrew God.

He said: “Having brought Israel out of Egyptian slavery, YHWH had a claim over them; each individual Israelite was required to be obedient only to YHWH.

“They must put away forever the idols they worshipped when they lived in Egypt and serve YHWH alone.

“Because YHWH will not give his glory to anyone else, nor share his praise with carved idols, the Israelites were forbidden to make an idol of any living creature – not even of YHWH himself – for the purpose of worshipping it.”

The Khirbet Qeiyafa idol has been dated to a time when the famous King Solomon may have been alive.

Roughly 3,000 years ago, the idol would have been sculpted when the residents of Khirbet Qeiyafa may have worshipped Yahweh.

In support of his theory, Professor Garfinkel cited passages in the Bible that describe God riding a horse.

Psalm 68:4, for example, reads: “Sing unto God, sing praises to his name: extol him that rideth upon the heavens by his name Jah, and rejoice before him.”

Another passage, from Habakkuk 3:8, reads: “Were you angry with the rivers, LORD? Was your wrath against the streams? 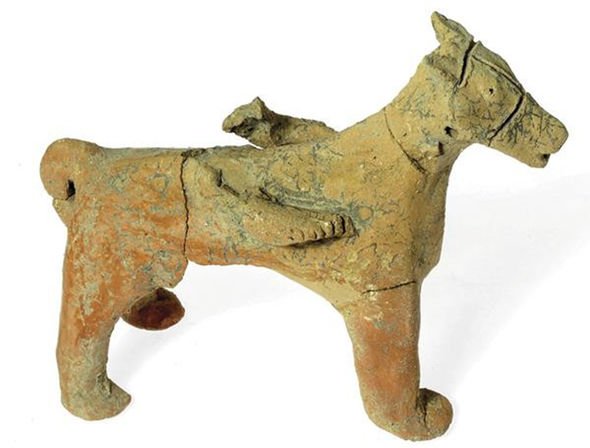 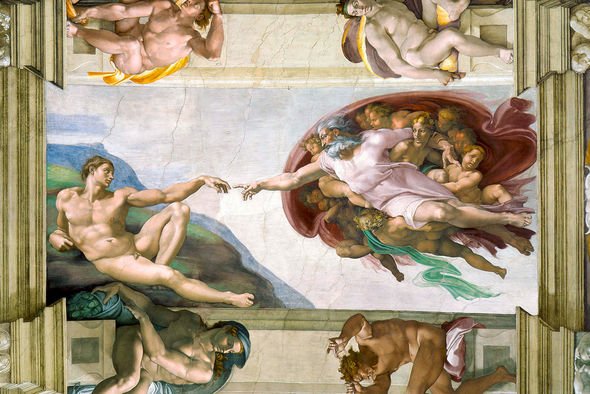 “Did you rage against the sea when you rode your horses and your chariots to victory?”

Professor Garfinkel has argued the ban on idolatry did not occur until a later date, and having a physical representation of God would have been an important element of worship.

He said: “As the believer sees the face of the idol, in that very moment the idol also looks at the believer.

“This is a metaphysical moment, a contact between earth and heaven, the core of the religious experience.”

And yet, other archaeologists are not convinced the discovery is divine in nature.

The researchers argued worship of Yahweh did not arrive in the region before the ninth century BC, and a pantheon of Canaanite gods still held sway over Israel at the time.

They said: “Although we cannot rule out the possibility that the human heads from Moza and Qeiyafa depicted gods, they have no markings, symbols or attributes — such as horns, crescents, bulls — found on figures and visual representations throughout the ancient Near East, that would identify them as divine figures.

“Furthermore, when gods were depicted on animals, they did not sit on them — they do not need the transport — they stood on them.”

From a theological perspective, Professor Meyer argued it is just as unlikely.

He said: “YHWH promised in the Ten Commandments that the consequences of idol worship would engulf entire families and that the afflictions, perhaps like disease and poverty, would be inherited and continue until ‘the fourth generation,’ which is the Ancient Near Eastern cycle of justice.

“Eventually the national sins of Israel, which encompassed all the crimes of all the kings of Judah and their subjects – of which idolatry played a major part – culminated with the destruction of the Temple by Nebuchadnezzar in 586 BC and Israel’s dispersion from the Holy Land.

“But once Israel returned to Jerusalem after their 70-year captivity in the late sixth century BC there are no further recorded witnesses biblically or archaeologically speaking that indicate Israel ever returned to idol worship.”