The Book of Joshua, found in the Bible, tells of how one of Moses’ assistants who built an altar of stones where the Israelites made peace offerings. Much later in the book, when Joshua was old and dying, he gathered the people together at Shechem, and gave a farewell speech. In the Eighties, archaeologists Adam Zertal conducted a land survey in Manasseh, including Mount Ebal, where the team identified an anomaly 150 metres below the peak.

Bible Discovery TV revealed why they thought this find was relevant to religious teaching.

The series said last month: “The book of Deuteronomy records a command to Joshua to hold a ceremony on Mount Ebal, build an altar there and set up standing stones that had the covenant written on them.

“Mount Ebal was probably chosen as a place of covenant renewal for a few reasons.

“First, it flanks the city of Shechem, which was a major centre of politics and religion in Canaan, control of this area demonstrated God’s power. 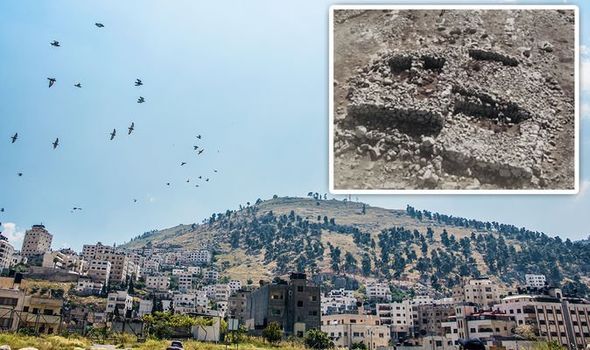 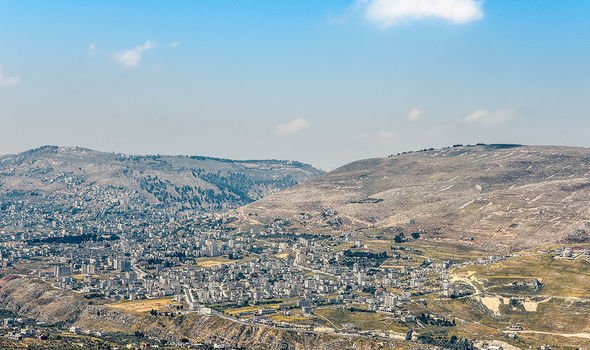 The location, timing and archaeology all line-up

“Secondly, Mount Ebal is the tallest mountain in northern Samaria, demonstrating the importance and commanding a view of nearly all of what would become Israel.

“Also, most Israelite Iron Age archaeological findings come from this territory of Manasseh where Mount Ebal is.”

The series went on to reveal why biblical scholars think there is a link with Joshua’s story and the altar.

It adds: “This gives some evidence to believe that here is where most of Israel resided in the early settlement and into the time of the judges, so a religious centre on Mount Ebal would give access to most of these Israelites.

“After these mentions in Deuteronomy and Joshua, Mount Ebal is never mentioned in the Bible again. 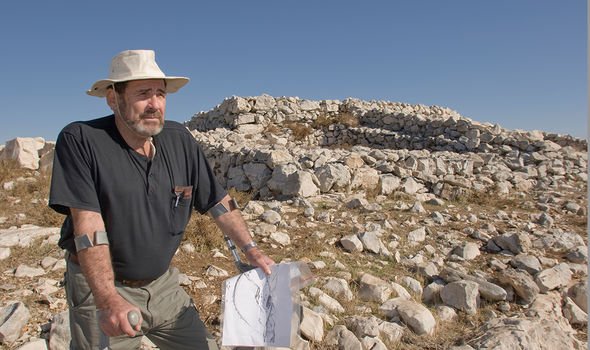 “But, in modern times, Mount Ebal has been the centre of controversy with the findings of the late archaeologist Adam Zertal.

“A pile of stones on Mount Ebal received several seasons of excavations due to Iron Age pottery scattered on its surface.

“Zertal interpreted what he found beneath the pile as a massive altar of burnt offerings dating to the biblical period of the judges.”

But, there is more evidence than just the coinciding story, the series claimed.

It continued: “At first, his findings sparked a scholarly firestorm of disagreement, but today it’s generally recognised he did find a cultic site that corresponds to biblical sacrificial restrictions. 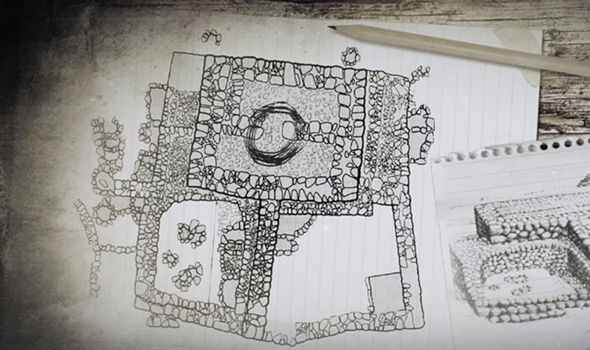 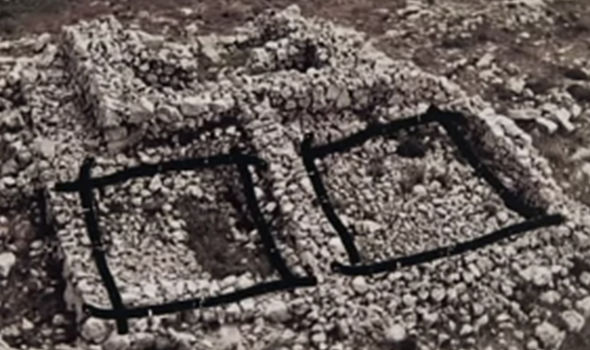 “The apparent altar is made of natural uncut stones and filled with alternating layers of Earth, ash, bone and stone.

“Not only is this a known construction style of ancient altars, but the bones are also ritually clean edible animals, pointing to the use as an Israelite cult centre.

“Unlike pagan altars with stairs, this one was ascended via a ramp, as commanded in Exodus 20.

“While the altar dates to a time after Joshua, Zertal found at the centre of it, an older circular altar dug into the bedrock.

“Could this be Joshua’s construction? The location, timing and archaeological all line up.”

Though some archaeologists agree with the consideration that the site was an altar compound, and some that it was a cultic location, others believe that it was simply a farmhouse, a guard tower.

They argue that the paved areas are simply rooms, the sloping wall simply an eroded partition wall, and the infilled enclosure a room that was later changed into a tower.