Two-inch long Asian hornets have invaded the UK, and researchers warn the damage they can cause could cost millions of pounds, and wreak havoc on the already dwindling bee population. An Asian hornet’s sting is so powerful and packed with so much venom it can cause victims to go into anaphylactic shock, dying within minutes from being attacked if they are allergic.

Asian hornets are smaller than native hornets and have distinctive yellow-tipped legs plus a dark brown or black velvety body and a dark abdomen.

The specimen, originally from south-east Asia, were first accidentally introduced to France in 2003, and they have made their way to the UK, with the first recorded case in 2016.

Now, experts are once again warning of the yellow and black insects, which prey on other insects, including bees, with research suggesting they could cost the UK £7.6million.

A study from French scientists revealed the only way to control the population of Asian hornets is by destroying their nests and bait traps. 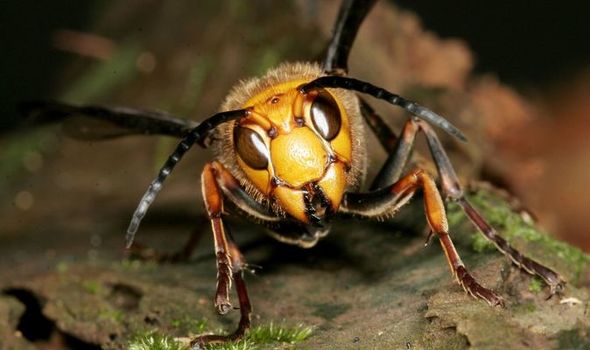 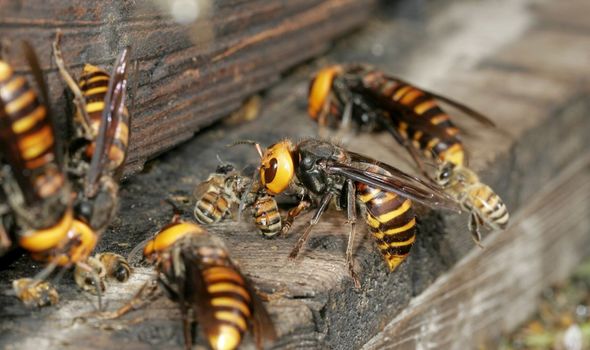 And the research, which looked at how rapidly populations can spread, revealed the staggering cost to Europe.

The team divided the costs into three groups – prevention, fighting the invasion, and damage caused by the invasion.

Research leader Professor Franck Courchamp said: “In 2006, only two years after the hornet was first observed in France, three departments were already invaded and the cost of nest destruction was estimated at 408,000 euros. 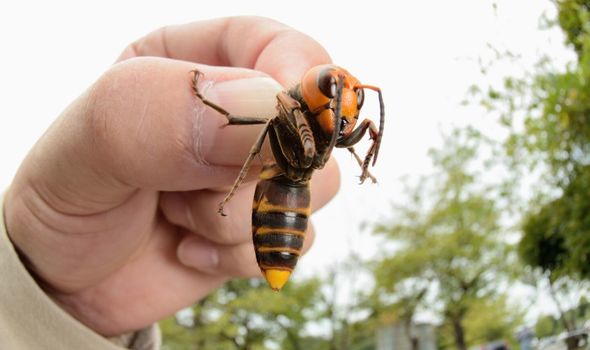 “Since then, the estimated yearly costs have been increasing by about 450,000 euros each year, as the hornet keeps spreading and invades new departments.

“Overall, we estimated 23million euros as the cost of nest destruction between 2006 and 2015.

“If the hornet keeps spreading at a similar rate, we expect the yearly cost of nest destruction to reach an estimated value of 11.9million euros (given that all suitable areas are invaded) in just 12 years.

“The current study presents only the first estimates of the economic costs resulting from the Asian hornet, but definitely more actions need to be taken in order to handle harmful invasive species – one of the greatest threats to biodiversity and ecosystem functioning.”

The current study only indicates the initial costs of eradicating the population, and the research published in the journal NeoBiota, believes it could end up costing much more than these figures suggest.