Barley left over from brewing BEER can be converted into renewable fuel and used to heat homes in winter, scientists claim

Beer by-products are set to be converted into renewable fuel that could heat homes or be used as barbecue charcoal following breakthrough university research.

Left-over barley, widely available as a by-product of the global industry, can be changed into carbon using a chemical treatment, test results showed.

Breweries in the EU throw out around 3.4 million tons of unspent grain every year, weighing the equivalent of 500,000 elephants.

Using just one kilogram of the grain, Dr Ahmed Osman from the School of Chemistry and Chemical Engineering at Queen’s University Belfast has been able to create enough activated carbon to spread across 100 football pitches. 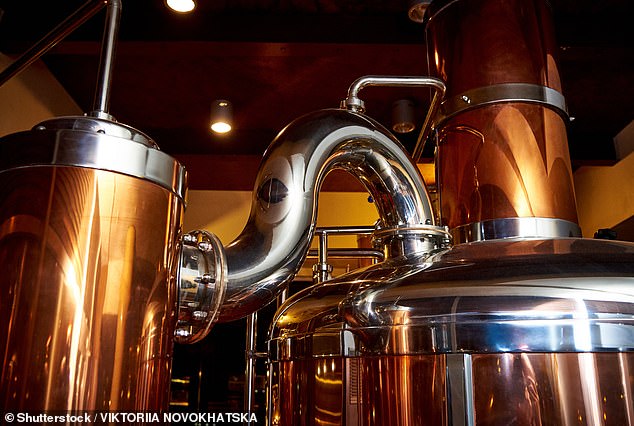 Breweries in the EU throw out around 3.4 million tons of unspent grain every year, weighing the equivalent of 500,000 elephants

He said: ‘There are only a few steps in our low cost and novel approach – drying the grain out and a two-stage chemical and heat treatment using phosphoric acid and then a potassium hydroxide wash, both of which are very low cost chemical solutions.

‘This then leaves us with activated carbon and carbon nanotubes – high value materials which are very much in demand.’ 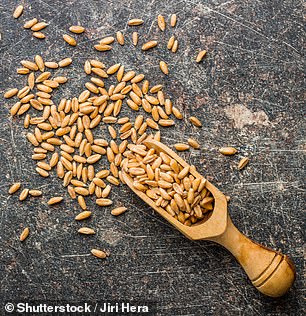 Liquid forms of carbon are normally shipped to the UK from the Middle East, and solid biocarbon in the form of wood pellets is shipped from the US and elsewhere.

Dr Osman said: ‘Using this new technique, we can utilise more locally produced resources, reduce emissions linked with the agriculture sector, and we are also creating a high-value product.

‘Across the globe there is a real demand for carbon as it is used to create fuel for households, parts for water filters and charcoal for barbecues.

‘If we are able to take something that would otherwise be a waste and turn it into a useful biofuel, it can only be a good thing for our planet. It could really help to solve global waste and energy problems.’

Dr Osman called the process a ‘prime example’ of the circular economy, by taking waste food by-products and creating a high-value product.

‘It has benefits to the environment and society through economic and social opportunities.’ 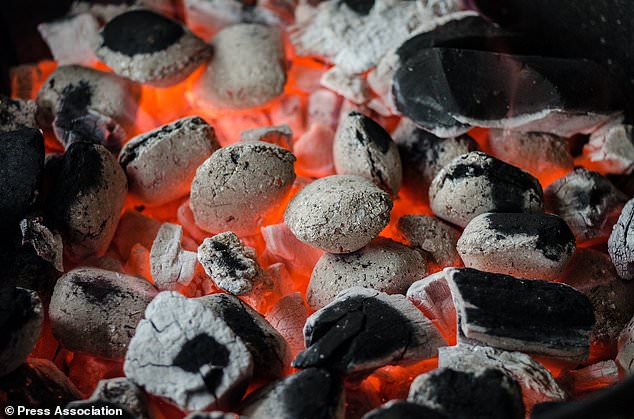 It is also hoped the carbon produced could provide water filtration in developing countries.

The project was an international collaboration between Queen’s University Belfast, South West College and Sultan Qaboos University in Oman.

The results have been published in the Journal of Chemical Technology and Biotechnology.

Dr Osman is hoping to explore opportunities for the commercialisation of the method in creating activated carbon and carbon nanotubes.

Queen’s work on biofuels from waste will be featured at the Engineering The Energy Transition conference from February 26 to 28 2020 in Belfast.

IS USING BIOFUEL BAD FOR THE ENVIRONMENT?

Environmental groups have often rejected proposals to make biofuels out of food sources such as corn or on land that could be used for food.

While biofuel might sound good on paper, researchers have found that instead of using fossil fuels to inject eons-old carbon into the air, it recycles carbon from the atmosphere.

In practice the research points to a much more negative impact on the environment.

Last year a new analysis – commissioned by the NGOs BirdLife and Transport and Environment – backed those calling for an end to the use of food-based biofuels.

It argued that demand for biofuels made from food crops has led to an increase in global food prices and is damaging the environment.

Increases on global food prices have a high toll particularly on the urban poor in developing nations, researchers found.

Here the price of food staples can represent a third or more of total household spending. Even small increases then have a significant impact on people’s welfare.

Another report from last year found biofuels made from food crops leads to more emissions than those produced by fossil fuels.

The report by the Royal Academy of Engineering combines more than 250 studies on the impact of biofuels and warns that clean biofuels such as algae are still far off.

The most frequently used types of biodisesel at the moment are palm oil, soybrean, rapeseed and sunflowers, all of which are more polluting than diesel.