The news comes as the US is preparing to send a further five HIMARS systems to Ukraine, as well as 580 Phoenix Ghost Drones. President Volodymyr Zelensky has also pleaded to the West to send more air defence capabilities as Russians turn to longer-range missiles to counter the arrival of the HIMARS rockets which so far have proved devastating to Vladimir Putin’s forces. With the conflict now over 150 days long, the White House is considering the notion of providing fighter jets to Ukraine.

However, the move is not something that would be done immediately according to White House spokesman John Kirby.

He said: “The White House is making some preliminary explorations in the feasibility of potentially providing fighter aircraft to the Ukrainians, but it’s not going to be something that they’re going to be able to execute immediately.

“So this is not something that’s going to happen anytime soon.”

The move would see a further increase in support for Ukraine, which to date, has amounted to some $8.2billion (£6.83bn). 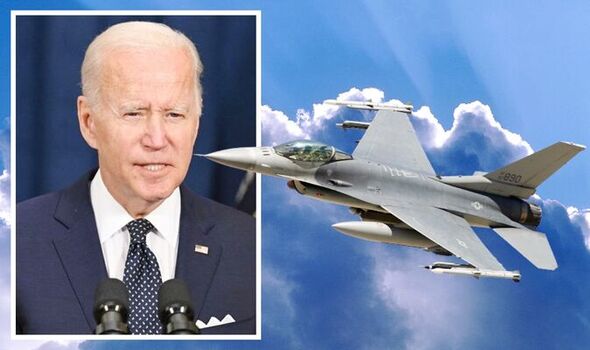 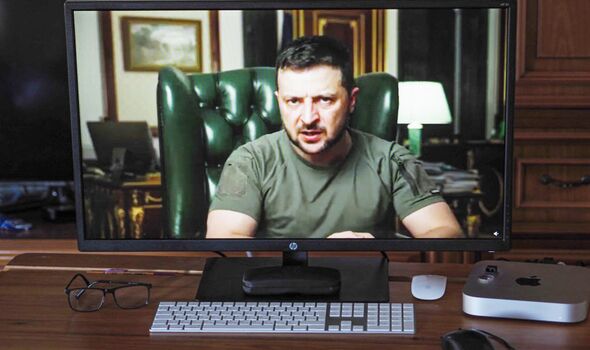 Ukraine’s air force has publicly flagged its hopes for F-15s and F-16s.

Earlier this month, Slovakia stepped up its aid effort to Ukraine by donating 12 MiG 29’s to Ukraine, as well as 30 T-72 tanks.

The latest US package will also include aerial capabilities in the form of the Phoenix Ghost drones.

The aircraft, built by AEVEX Aerospace LLC is a highly capable drone according to reports which say “It’s a good ‘widget.”

It fits inside a backpack and can operate in the air for around six hours before returning to base.

It has infrared guidance which can operate at night and destroy medium-armoured targets. 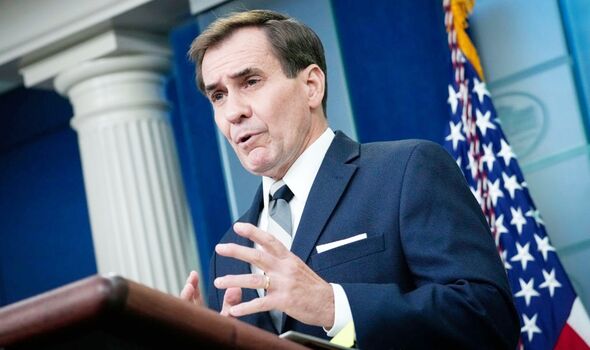 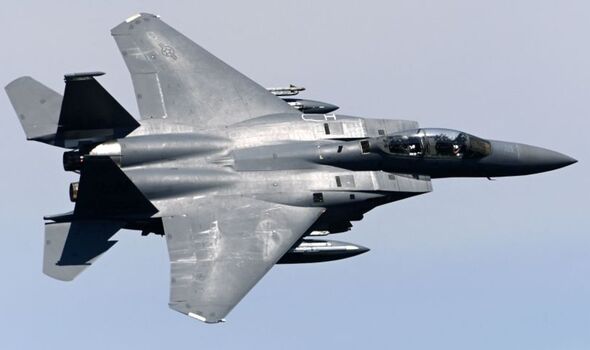 This previously unknown, one-time-use weapon is designed primarily to attack targets, though it is also capable of conducting non-lethal missions and is likened to the AeroVironment Switchblade—a loitering munition.

Such weapons combine the manoeuvrability, usability, and flight time of a drone with the lethal effects of a missile.

Speaking of the drone, a senior White House official said in May: “The Phoenix Ghost was rapidly developed by the Air Force, in response, specifically to Ukrainian requirements.

“This is a great example of adapting to their needs in real-time.”

President Volodymyr Zelenskyy this week said his forces could inflict major damage on Russia as Kyiv leans on Western weapons in planned efforts to launch a counterattack and recapture territory.

In an interview with the Wall Street Journal on Friday, Zelenskyy said a ceasefire with Russia without reclaiming lost territories would only prolong the war.

He warned that a ceasefire that allows Russia to keep Ukrainian territories seized since the invasion in February would only encourage an even wider conflict, giving Moscow an opportunity to replenish and rearm for the next round. 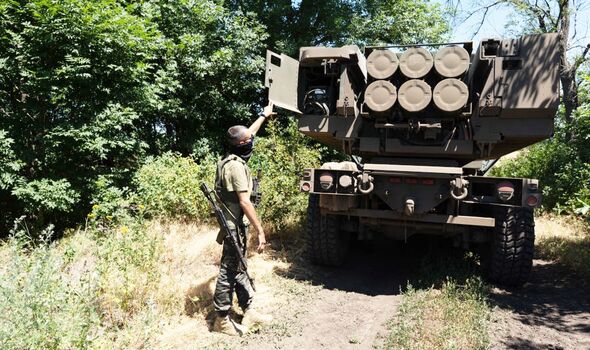 Hopes emerged of diplomacy providing the first step toward a peace agreement following a deal between Russia and Ukraine to recommence the flow of grain and wheat from Ukrainian ports.

However, reports emerged just hours into the deal that the port of Odessa was hit by missiles breaking any agreements in place.

President Zelensky said: “This proves only one thing, no matter what Russia says and promises, it will find ways not to implement it.”

Anton Gerashchenko, an adviser to Ukraine’s Interior Ministry, shared an image on Telegram that appeared to show smoke rising from the port.

Writing in this post, he said: “How will the safety of vessels in the port of Odessa be ensured, if Russia continues shelling?”

Turkish Defense Minister Hulusi Akar said Saturday that Ukrainian officials told him that the strikes had not hampered the “capacity and capability of the docks, which is important.”

He said: “The Russians told us they had absolutely nothing to do with this attack and they were examining the issue very closely and in detail.
“We are also disturbed by this.”