The Blue Moon is expected to dazzle here in the UK in the late evening hours when it peaks around 10.11pm BST. When viewed from London, the Moon will slowly creep over the horizon around 8.19pm BST. But it will not be until two hours later when the Blue Moon positions itself directly across from the Sun. Unfortunately, this will be the last time a Blue Moon lights up the night skies until August 2021.

What is a Blue Moon?

Despite the Moon’s incredible name, the Blue Moon will not actually turn blue tonight.

In tonight’s scenario, the Blue Moon name describes the third of four Full Moons to rise within a calendar season – a so-called seasonal Blue Moon.

The seasons are divided into three months each and typically only have three Full Moons.

But once in a while, a fourth Full Moon makes an unexpected appearance. 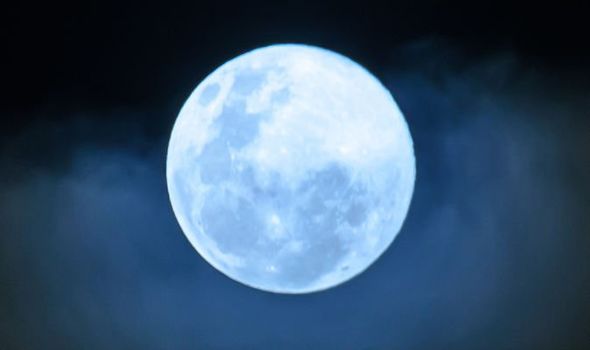 The Royal Observatory Greenwich explained: “Normally Blue Moons come only about every two or three years.

“In 2018 unusually, we had two Blue Moons in one year and only two months apart – and one was a lunar eclipse.

And the next seasonal Blue Moon will peak on August 2021.

There is another definition by which astronomers classify a Blue Moon and that is the second of two Full Moons to peak in a single month.

The Royal Observatory said: “With the cycle of the phases of the Moon lasting approximately one month, and there being twelve months in a year, we typically have twelve Full Moons each year.

“However, the phases of the Moon actually take 29.5 days to complete, making 354 days total for twelve full cycles.

“This falls some way short of the 365 to 366 days in a calendar year meaning that roughly every two and a half years a thirteenth Full Moon is seen.” 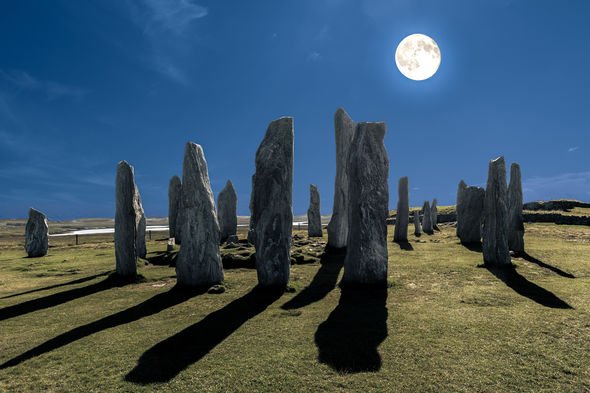 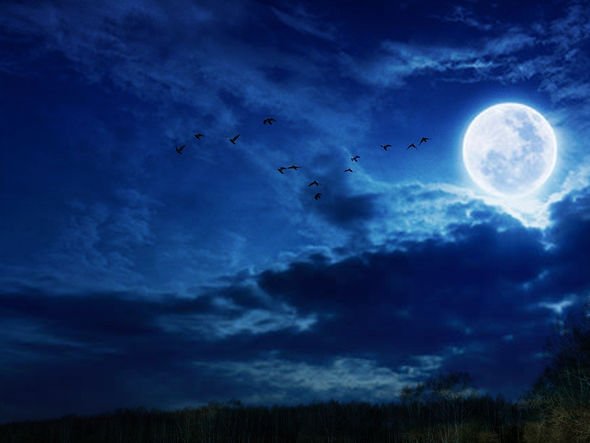 Tonight’s Full Moon is also known by another name – the May Flower Moon.

According to the Old Farmer’s Almanac guide to nature and astronomy, the May Full Moon owes its name to old Native American traditions.

Native tribes across the North American continent would name the different phases of the Moon after changes in the landscape to keep track of time.

The Flower Moon, for instance, is also known as the Corn Planting Moon because of the Spring weather at this time of year.