Home » Science » Blue Moon 2019: What times does the May Flower Moon rise? When can you see the Moon?

The Flower Moon is one of the 12 named Full Moons of the year and peaks on the night of Saturday, May 18. The Flower Moon name is linked to the weather, to Spring and the blossoming flowers in the wild. The full phases of the Moon, in most cases, originate in the naming traditions of Native American tribes in northeast America. Unique names, such as the Pink Moon or Harvest Moon, would reflect the changing seasons and the way they affected the landscape.

In the Flower Moon’s case, the May Full Moon is also sometimes known as the Corn Planting Moon, the Milk Moon or the Mother’s Moon.

Amy Nieskens of the Old Farmer’s Almanac guide explained: “May’s Full Moon is known as the Flower Moon because flowers spring forth in abundance this month.

“Some Algonquin tribes also knew this Moon as the Corn Planting Moon or the Milk Moon.”

The Flower Moon also happens to be a seasonal Blue Moon, meaning it is the third of four Full Moons to appear in a single season. 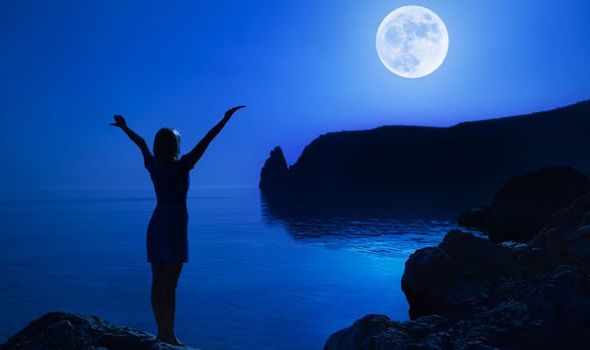 What time does the May Flower Moon rise tomorrow?

There will be a time difference between the moment the Flower Moon rises over the horizon and then moment when the Sun fully lights it up.

The time will also depend on your location and whether you will be in the nightside of Earth when the peak occurs.

But whatever the case may, to the untrained eye, the Moon should already appear full and will look this way for another two days or so.

When viewed from London in the UK, the Moon will creep over the east-southeast horizon around 8.19pm BST (7.19pm UTC).

In places such as Glasgow in Scotland, the Moon will rise over the horizon slightly later, at 8.52pm BST (7.52pm BST).

And over Dublin, the Moon will rise in the east-southeast skies at around 8.51pm BST (7.51pm UTC).

The good news is, the Flower Moon will peak everywhere at the same time – 10.11pm BST. 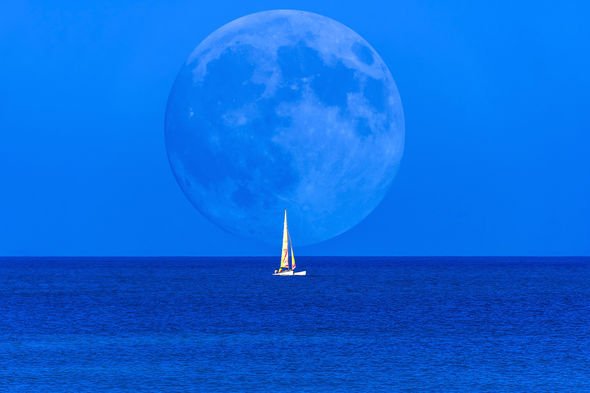 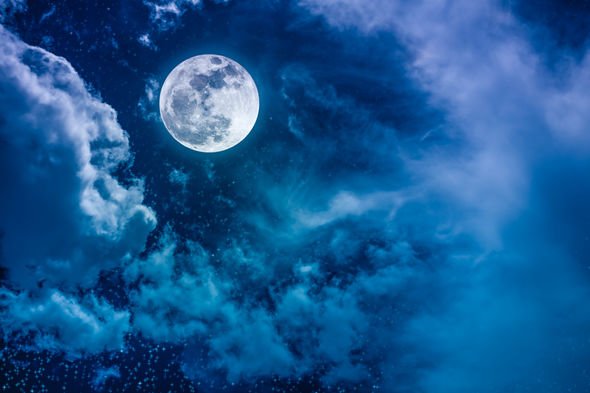 Why is the Flower Moon called the Blue Moon?

Despite its name, the Blue Moon will not turn spectacular blue colour tomorrow.

Instead, the name describes the rarity of the Moon’s full phase.

There are two widely accepted definitions by which astronomers describe a Blue Moon.

The Old Farmer’s Almanac explained: “Although a Blue Moon is commonly defined as the ‘second full Moon to occur within a single calendar month’, this is not the traditional meaning of the term.

“Originally, a Blue Moon was the third of four full Moons to occur within one astronomical season.”