A British-owned transport company is set to install a network of underground tunnels that could deliver more than 600 million packages a year in London alone.

Magway, based in Wembley, London, was founded in 2017 by Rupert Cruise, an engineer that worked on Elon Musk’s Hyperloop project, and Phill Davies, business expert.

A series of tunnels would transport 72,000 carriages per hour each holding four parcels along a magnetic track, which propels them forward at just under 40mph when activated by an electric charge. 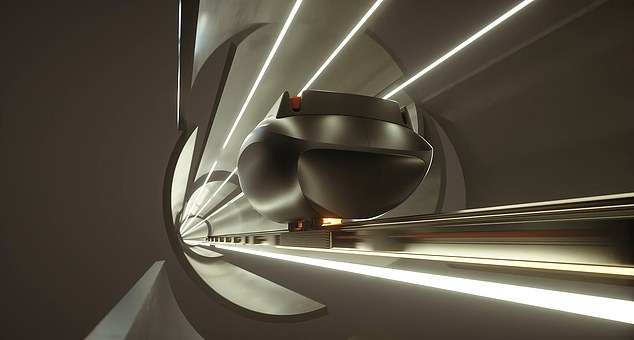 A series of tunnels would transport 72,000 carriages per hour each holding four parcels along a magnetic track

This will give retailers a quick and cheap way to move goods between distribution and fulfilment centres, and could be up and running in as little as three years.

The company has so far raised £1.5 through investors including British supermarket Ocado – who may use the service in the future – and a government Innovate UK grant of £650,000.

They are also in talks with Heathrow in the hopes a series of tunnels could carry baggage and duty free goods to terminals – which would act as a trial run for the Magway system. 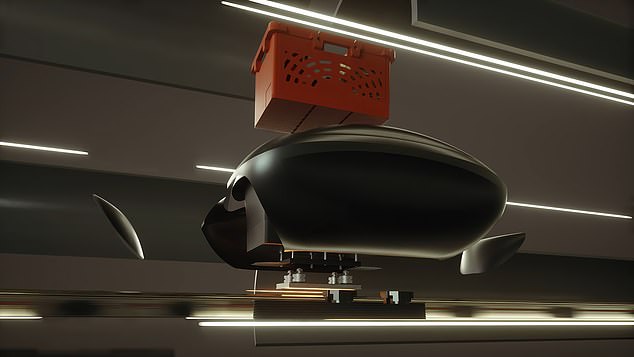 Magway transports goods including groceries and small parcels on carriages moving along a magnetic track. Pictured is a still from an animated video showing a carriage moving along a track 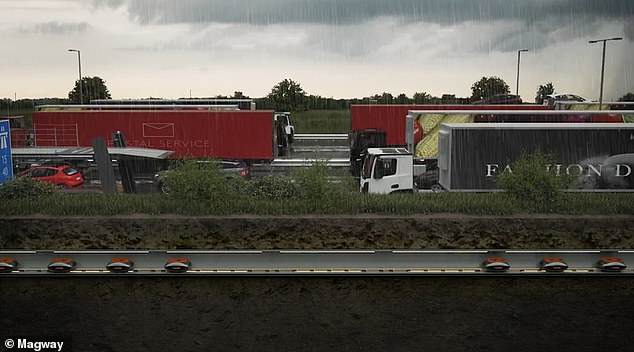 However estimates for building the tunnels and carriages to carry the packages alone will cost a massive £1.5m per mile – with an extra £3.5m needed to get planning and legalities secured.

A second round of funding opened yesterday as Magway aims to raise over £750,000 via the crowdfunding site Crowdcube.

Currently a comparable feat – the Crossrail project -is to cost the UK £20 billion to build a 62 mile track with only 26 miles of underground tunnel, however these tunnels were much larger than the 3ft across tubes planned to transport the packages.

In order to transport packages along London’s 9197 miles of road far more than 26 miles of tunnels will be needed.

Magway calls itself a ‘delivery utility’ and plans to deliver parcels between distribution centres and consolidation centres via underground pipelines similar to those used by water, gas and electricity companies. 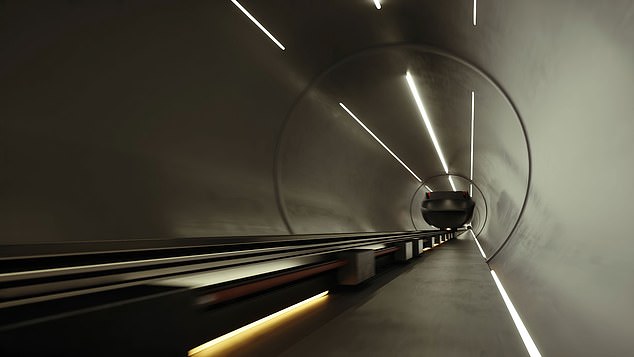 The company is currently mapping its route across London from north London in Hatfield, to Park Royal in west London

Similar to the hyperloop technology proposed by Elon Muskt the tubes will also use electromagnets. However, Magway does not operate in a vacuum and will be used for transporting goods, not humans.

The company is currently mapping its route across London from north London in Hatfield, to Park Royal in west London – the first 56-mile section from Milton Keynes to Park Royal could be ready in three years.

Magway said it aims to install multiple pipelines across the UK and internationally.

Rupert Cruise, co-founder and managing director of Magway, said: ‘As the first major economy in the world to legally commit to zero emissions by 2050, the UK Government has taken positive steps towards reducing global warming. However, how we reach this target is another question. 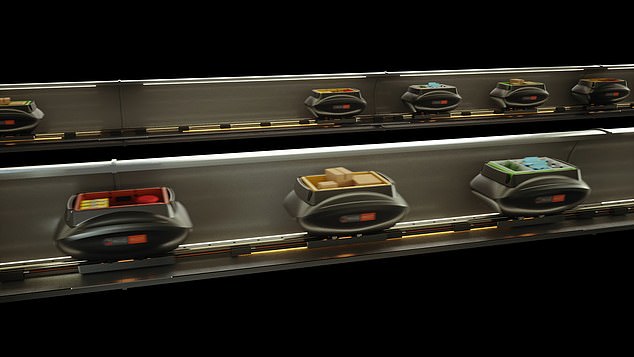 ‘With no clear plan in place, not enough is being done to address the future of our transport infrastructure and, more importantly, how to tackle the problem of dangerous levels of air pollution. We need big ideas that will change the way we currently deliver goods and the face of transport for years to come.

‘This funding round will take the development work that we’ve already completed to the next level of a commercial pilot and move the UK closer to providing a lower-carbon, less congested and safer transport infrastructure.’

The full-scale roll-out would eliminate millions of tonnes of CO2 emissions annually by removing heavy good vehicles from the road as well as saving millions of pounds worth of road maintenance costs. 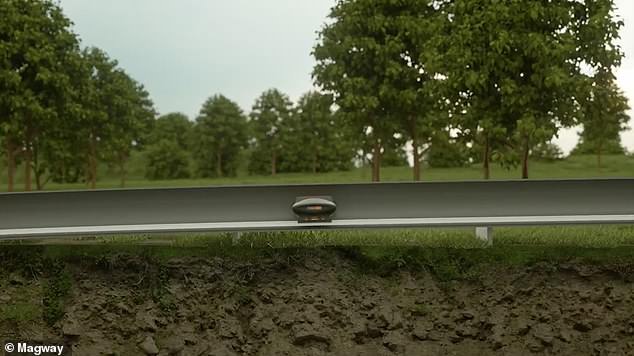 When electricity starts running through the track, this pushes the carriages forward at just under 40mph. The electromagnet technology is similar to that proposed by Elon Musk for his hyperloop

The government Innovate UK grant has been awarded to help build an operational demonstrator to illustrate how a full-scale system will operate.

It has been described by the government’s Innovate UK grants programme as ‘a bold and ambitious proposal in answer to manifest environmental issues and government priorities.’

Co-founder Phill Davies told MailOnline:  ‘Each Magway pipe can manage 72,000 carriages per hour; 12 million per week or over 600 million per year in each direction. 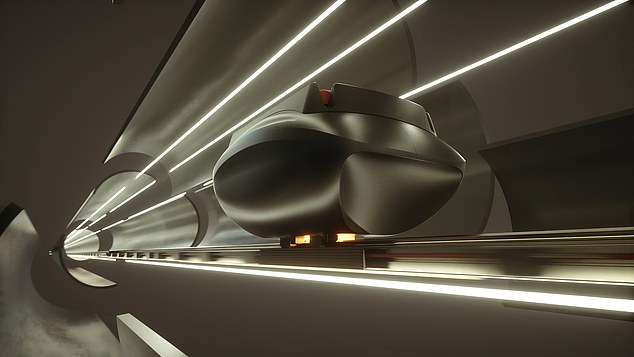 ‘The UK is the most advanced online grocery market in the world and It is estimated that 1bn grocery totes will be delivered in the UK to homes.

Adding: ‘Our pipes can run both overground and underground and are the same as those being used in the utility industry. We are just putting something different through them.’