Butterflies do not just clap their wings to fly, the insects form a ‘pocket’ that creates added jet propulsion, study reveals

Scientists have long been puzzled over exactly how the butterfly moves through the air the way it does.

It’s long been believed that butterflies ‘ clap’ their large wings to thrust forward, but scientists in Sweden have now determined the motion is far more complex than previously understood.

Rather than just beating them, they flex their colorful wings to create a ‘pocket’ that traps more air and provides more propulsion.

That extra boost of speed at liftoff may help the majestic lepidopterans avoid predators. 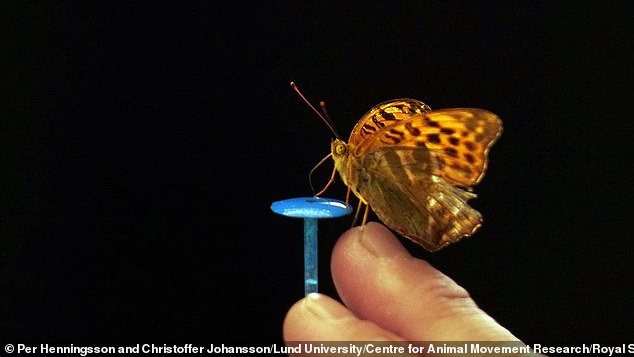 Scientists in Sweden analyzed slow-motion video of a silver-washed fritillary in flight and determined the butterfly doesn’t just flap its wings. It forms a ‘pocket’ when they come together, aiding in propulsion

Butterflies are a tasty meal for a variety of animals, including frogs, spiders,  lizards and birds.

‘If you are a butterfly that is able to take off quicker than the others, that gives you an obvious advantage,’ Per Henningsson, a biologist at Lund University, told the BBC.

‘It’s a strong selective pressure then, because it’s a matter of life and death,’ he added.

In an analysis published in the journal Interface, Henningsson and fellow biologist Cristoffer Johansson showed that a butterfly’s ‘clap’ generates a jet of air propulsion. 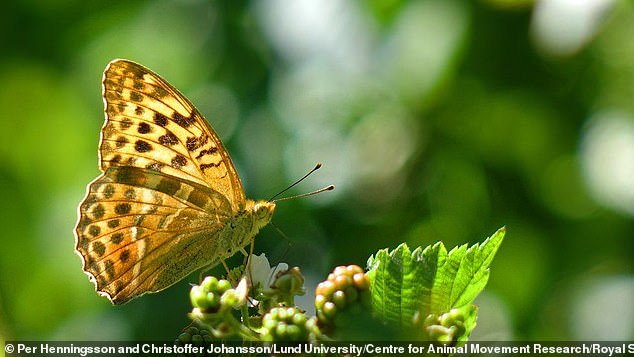 They also found that it performs this move ‘in a far more advanced way than we ever realized,’ Henningsson told AFP.

At the moment the wings beat together, they ‘were not just two flat surfaces slamming together.’

Instead, they form a ‘pocket’ shape that trapped more air.

Henningsson said it wasn’t clear if butterflies use the pocket technique while in free flight, ‘but in the take-off phase, they definitely do it a lot.’

One set was rigid, the other flexible like true butterfly wings. 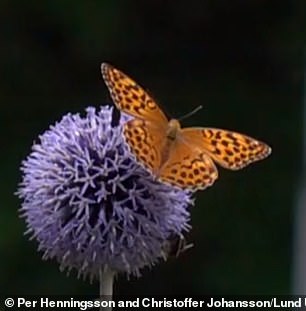 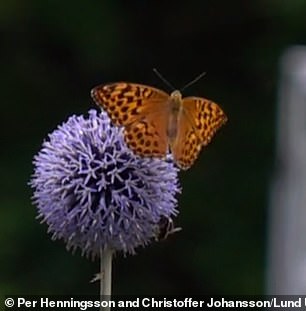 The researchers found the flexible wings were 28 percent more energy efficient — a ‘dramatic improvement’ — and 22 percent better at generating force.

Their findings could be helpful in creating drones that use clapping wing propulsion, he added.

Last year, Cosmos reported engineers at the University of South Australia unveiled a bird-size ‘ornithopter,’ a flying machine that flaps its wings to generate forward thrust.

‘The people that are working on these designs … should look into this cup-shape behavior, since there [is] lots of efficiency and effectiveness to be gained from it,’ Henningsson told the BBC.

The report could also help underscore the importance of research into these beautiful bugs, whose numbers are in serious decline.

A new report from Butterflies Conservation Europe found the butterfly population in the UK has fallen by half since 1976, with almost one in ten British butterfly species has become extinct due to habitat destruction.

In California, the number of western monarch butterflies has plummeted precipitously to fewer than 2,000 butterflies from the tens of thousands tallied in recent years and the millions reported in the 1980s.

Sarina Jepsen of the Xerces Society, which conducts annual counts of the California monarchs, told the AP ‘their absence this year was heartbreaking.’